The states where abortion access is protected without Roe v. Wade

Abortion access is still guaranteed in 16 states even after the Supreme Court issued a ruling Friday overturning Roe v. Wade.

Driving the news: Conservative legislatures have passed a raft of restrictive laws to ban abortion in their states in unprecedented ways, while lawmakers in blue states responded by passing bills to protect providers and patients that may become targets in red states in Roe's absence.

The big picture: There are currently at least 16 states that have codified the right to having an abortion, protecting access even in Roe's absence.

By the numbers: "During the 2022 state legislative session, more than 130 bills to expand access to sexual and reproductive health care have been introduced — including legislation to protect the right to abortion in state laws and expand the number of qualified abortion providers," according to data from Planned Parenthood provided to Axios.

State of play: Some states — like California and Vermont — are moving to make their protections go even further by making abortion access a constitutional right in the state, since the latter "by design" is "very hard to amend," Jessica Arons, senior policy counsel for the American Civil Liberties Union, told Axios.

Other types of laws: Other states — like Maryland, Washington state and Delaware — have moved to expand requirements on who can provide an abortion and who can prescribe medication to end a pregnancy.

Between the lines: In states like New Mexico, Kansas, Montana, Alaska, Florida and Minnesota, the right to an abortion is protected by a state Supreme Court precedent, according to the Center for Reproductive Rights.

Axios is tracking the most recent laws protecting or expanding abortion access as they move through state legislatures and will update this story regularly.

Abortion protections that have been enacted

California: California Gov. Gavin Newsom (D) signed into law a bill to protect abortion providers and patients from bans, lawsuits and penalties in other states, such as the restrictive laws in Texas and Oklahoma.

New York: Gov. Kathy Hochul (D) signed into law several bills to protect abortion providers in the state, as well as patients coming from out-of-state to access the procedure, from bans in red states.

Connecticut: The governor of Connecticut signed into law a bill to protect abortion providers and patients from bans in other states that are enforced via private lawsuits. It will take effect in July.

Colorado: Gov. Jared Polis (D) signed into law a bill, known as the Reproductive Health Equity Act, that enshrines the right to have an abortion in the state under law.

Washington state: Gov. Jay Inslee (D) signed into law a bill that is a response to Texas' six-week ban. The legislation says that a person in Washington "shall not penalize, prosecute, or otherwise take adverse action" against a pregnant person, a provider or anyone who is "aiding or assisting" someone get an abortion.

Abortion protections that have passed both chambers in the state legislature

Vermont: State lawmakers voted to advance the Right to Personal Reproductive Autonomy Amendment, which would guarantee the right to get an abortion under the state's constitution. 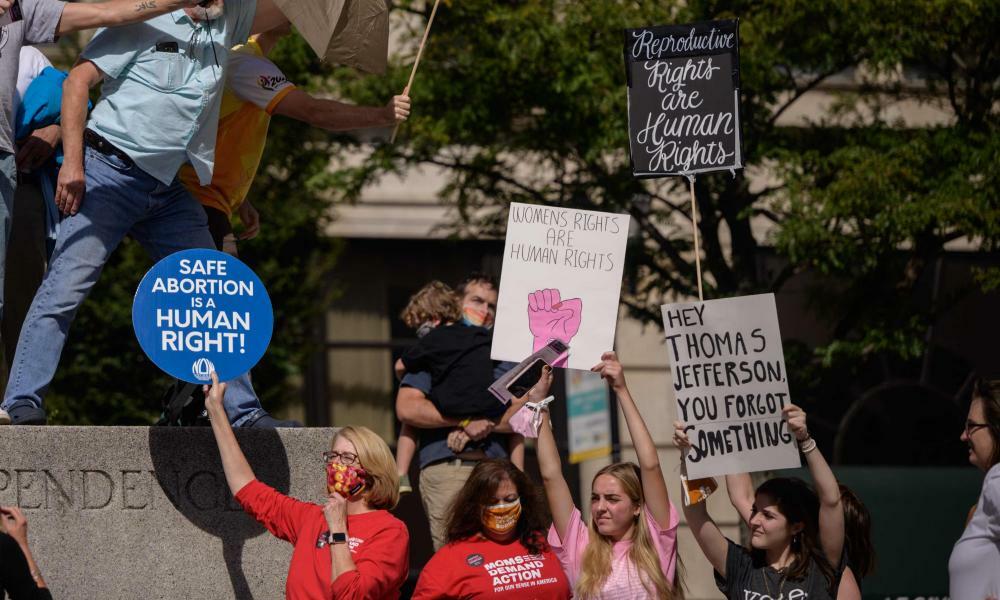 ‘The strongest protection a state could give’: how Delaware is improving access to abortion
The state allows nurses to prescribe abortion pills – and has significantly reduced the rate of unplanned pregnancies

The Guardian - US
One subscription that gives you access to news from hundreds of sites
New York to direct $35m to abortion care as state prepares for patients after Roe v Wade ruling: ‘We have to guarantee access’