‘The stakes couldn’t be higher’: GE urged to invest in green US jobs 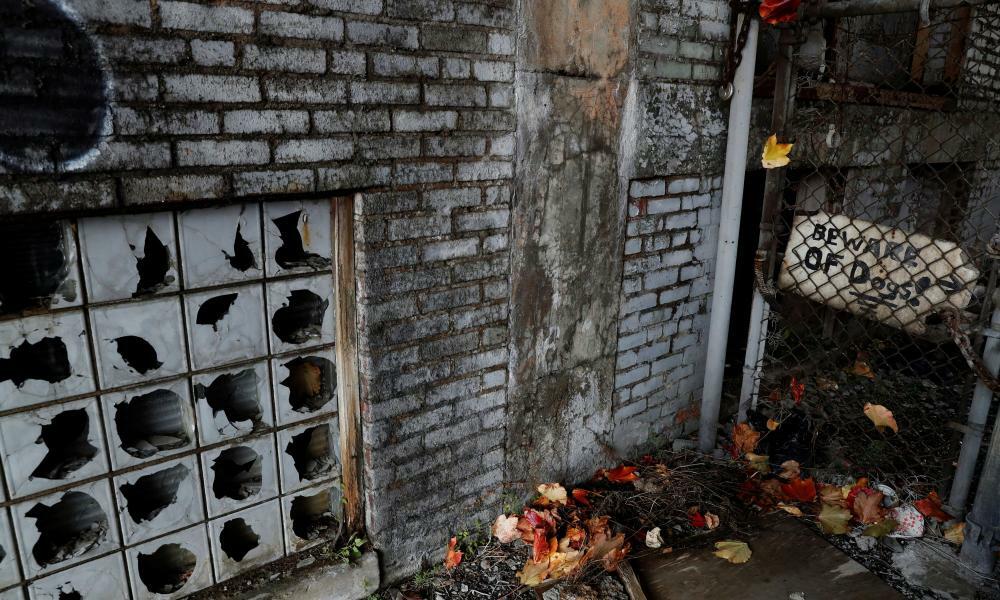 Kevin Smith, of Salem, Virginia, worked at General Electric for about 20 years before the town’s plant was shut down at the end of 2019, and the work moved to a factory in India.

“It was a total shock because of how things had been going, with all the overtime we were working, everything just seemed great, like there was no way this was happening. All I wanted to do was wake up, that I had a nightmare, but that wasn’t the case,” said Smith, 50, who was one of about 265 GE workers who were laid off due to the closure.

Because of his age – 48 at the time of the plant closure – Smith was denied a retirement pension. Other job prospects offered much lower pay and worse schedules – he is the father of two children – so he decided to return to school, through a program offered through Trade Adjustment Assistance.

“When people started working at GE, for the most part they looked at it being their last job. That’s the way I looked at it,” said Smith, whose father had retired from the same GE plant – which had operated in the community for 65 years – in the 1990s. “At the end of the day, they were just trying to maximize profits. That’s what you really felt like, like you were a number.”

GE attributed the closure to “ongoing challenges in the power industry and a significant decline in orders at this facility”, and claimed no new jobs were created overseas, but rather absorbed by existing workforces. Although the union representing the workers offered concessions to try to keep the plant open, General Electric went through with the closure.

For the past several decades, manufacturing in the US has been devastated by plant closures and offshoring, causing millions of workers to lose good paying, often unionized jobs. “Ideally,” General Electric CEO Jack Welch said in 1998, “you’d have every plant you own on a barge to move with currencies and changes in the economy.”

In the case of GE – one of industrial America’s most powerful and long-lasting brands – a group of unions, environmentalists, veterans and activists are trying to change all that. The Bring It Home GE campaign was recently launched and led by the IUE-CWA, Greenpeace, the Sierra Club, the AFL-CIO, Public Citizen’s Global Trade Watch and Common Defense. They are calling on General Electric to cease their offshoring jobs from the US and make large investments in manufacturing renewable and green energy infrastructure to address the climate crisis.

“The stakes couldn’t be higher,” said Ben Smith, field organizing manager for Greenpeace USA. “We see that GE has this responsibility to rise to the moment. We know that there needs to be a demonstrated track record in the US of making sustainable infrastructure, including manufacturing, happen in our country, to set us on that path, hitting emissions reductions and reducing climate pollution.”

Leaders of the campaign emphasized the coronavirus pandemic and the political climate – together with the Biden administration’s supportive stance of labor unions and using federal contracts to support American manufacturing – as an opportunity for the labor and environmental movements to pressure corporations like GE to invest in a green economy.

“GE is an iconic American company. Everybody still thinks that it is an American company, but gradually it left America behind by offshoring thousands of good, family-supporting, union manufacturing jobs, and left behind empty factories and hollowed out towns all over the country,” said Chris Shelton, president of the Communications Workers of America, which represents thousands of GE workers in the US through its industrial division, IUE-CWA. “Our campaign is about telling the stories of the towns that got hollowed out, and the workers that no longer work in GE plants.”

Will GE reinvest in American manufacturing like never before, or will it disinvest in the communities that actually built it?

In 1995, 70% of GE’s workforce was based in the US, compared with about one-third today. The number of GE’s manufacturing plants in the US has dwindled from 191 in 2017 to 82 plants in 2020. GE attributed these changes in their workforce to transactions, primarily sales of companies held by GE such as NBC, Biopharma, Baker Hughes and other businesses.

“Nearly all of our IUE-CWA represented shops have experienced offshoring,” said Carl Kinnebrew, president of IUE-CWA. “This moment presents the critical choice: will GE reinvest in American manufacturing like never before, or will it continue the destructive path of sending our manufacturing base overseas and disinvest in the communities that actually built it?”

Among the job cuts in the US, thousands of jobs over the past several decades were sent overseas, even as the company received billions of dollars annually from contracts through the federal government. Dozens of turbine jobs were transferred to Poland from Schenectady, New York, this year, which GE argued did not result in creating jobs overseas but were absorbed by existing workers.

General Electric has also shut down plants across the US over the past few years in communities that have historically relied on the company to provide good paying, union jobs. In 2015, GE announced it was shutting down its Waukesha, Wisconsin, engine plant and moving the work to Canada, affecting 350 jobs. GE blamed the closure on Congress failing to reauthorize the Export-Import Bank.

About 150 workers in Circleville, Ohio, lost their jobs when GE decided to shut down the lighting factory in the town in 2017. In 2020, General Electric announced the closure of a wind turbine plant in Little Rock, Arkansas, affecting about 450 jobs. In 2016, three GE facilities were closed in Chattanooga, Tennessee, putting 235 workers out of a job.

A spokesperson for General Electric said that steady demand for products, policies, and economic conditions are among the factorsthat determine where to base new jobs or facilities.

The company added in a statement: “GE is proud to be a leader in the energy transition, and our employees are helping by developing innovative products and technologies that meet the energy challenges of the future. We believe the energy transition will provide further job opportunities, such as the recently approved offshore wind project in Massachusetts, which will feature our Haliade-X wind turbine, the most powerful offshore turbine built today, and includes a Project Labor Agreement ensuring the creation of roughly 500 union jobs.”