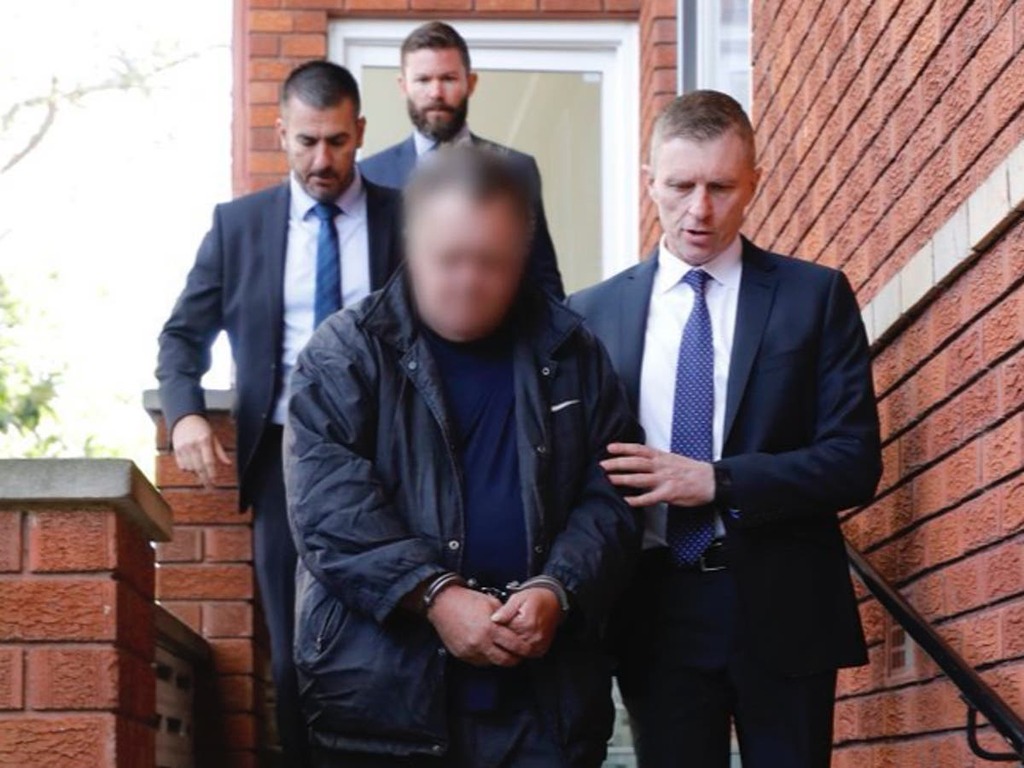 Australian man sentenced to 12 years after admitting to pushing gay American off cliff in 1988
‘The value of a gay man’s life?’, says critic of court’s decision

The Independent UK
Bill Spedding has made his case for malicious prosecution, now he waits for a judge's decision

Queensland police announce a half-million dollar reward to anyone who can help solve the cold-case murder of Deborah Anne Smykalla,…

Police in Spain believe that the deaths of four men, who had been judged to have died of natural causes,…

How much differs from case to case — for Scott Johnson's family, it was sizeable.

When Johnson's killer, Scott Philip White, was jailed in Sydney this week, it sparked optimism.

The brilliant American mathematician's family had been waiting decades for answers.

If a new chapter could be written in their story after 34 long years, perhaps there was hope for developments in the litany of gay slayings that haunts the Harbour City.

The closure did not come cheaply.

Shy and intellectually gifted, Johnson was a 27-year-old gay man who White either pushed or threatened off a cliff at North Head, near Manly, in December 1988.

In sentencing White, Justice Helen Wilson said there was not enough evidence to deem the murder a gay hate crime "beyond reasonable doubt".

The police probe into Johnson's death was superficial and in 1989, the coroner ruled it a suicide.

His brother Steve, who resides in the US, rejected that and, with the help of his multi-million-dollar fortune amassed during the dotcom boom, eventually got to the truth.

At one stage, Steve Johnson paid private investigator Dan Glick to go to Sydney and probe his brother's death.

When NSW Police announced in 2018 a $1 million reward for information leading to a conviction in the case, Steve Johnson doubled it with his own cash.

In 2015, Detective Chief Inspector Pamela Young, who was working in the Unsolved Homicide Unit at the time, criticised him on the ABC's Lateline program for what she claimed was his undue influence in the case.

"Steve had problems with the NSW Police Force, they didn't want to know him … they would say 'bloody billionaire'," Mr Rolfe said.

Johnson was just one victim in an epidemic of bashings, murders and disappearances of homosexual men in Sydney.

Other groups argue the number is even higher.

The review also concluded it was very possible that police had a bias against investigating these crimes at the time.

"On behalf of the NSW Police Force — I acknowledge an absolute requirement to never let history repeat," Assistant Commissioner Tony Crandell said when the Parrabell report was handed down in 2018.

Three of the deaths investigated were those of TV presenter Ross Warren and barman John Russell, who both died in 1989, and French national Giles Mattaini, who died in 1985.

All perished near a gay beat at Marks Park on the Bondi-Tamarama headlands.

Despite police theories that Warren had faked his own disappearance and Russell had met with misadventure, in 2015, Coroner Jacqueline Milledge concluded all three men had likely been thrown over the cliffs.

Unlike the Johnson case, only $100,000 has ever been offered for new information for each of these similar deaths.

Mr Rolfe, who founded the Support After Murder group, has previously campaigned to increase the sum, saying "every homicide should be treated equally".

Mr Rolfe's partner, Stephen Dempsey, was killed with a bow and arrow at Deep Creek at Narrabeen in 1994.

Although the murderer was ultimately jailed, Mr Rolfe knows many families miss out on this justice.

He says every unsolved homicide should attract a $1 million reward.

"There's been five cases where $1 million rewards have led to arrests: Scott Johnson, Michelle Bright, Bernd Lehmann and Raymond Keam (which were both suspected gay hate murders) and now Amber Haigh," he said.

"$1 million encourages people to talk … and it provides a greater sense of protection.

"If two people murdered someone, then they have a falling out, one of them might see the $1 million reward and decide to dob the other one in."

When police increased the reward from $100,000 to $1 million in the Johnson case, then-police commissioner Mick Fuller said investigators received leads.

The case may never have been solved if White's ex-wife, Helen, did not write an anonymous letter to police about conversations he had about "poofter bashings".

Ms White gave evidence she was not aware of the rewards and NSW Police would not confirm if she had received any of the money.

Detective Chief Inspector Peter Yeomans from the sex crime squad took over the Johnson case in 2018 and said investigators often faced a "wall of silence" with historical crimes and must rely on the past culture of "bragging" about gay bashings to make breakthroughs.

"This means there are two potential groups with information: those who were involved and those they told," he said.

A special commission of inquiry into the manner and cause of all unsolved LGBTQIA+ hate crime deaths in NSW between 1970 and 2010 will soon begin.

The inquiry, which will be led by Justice John Sackar, has the power to summon witnesses and aims to provide answers to the families of victims.

Mr Rolfe is preparing to make submissions about eight victims.

"I hope and pray it will expose the lack of enthusiasm from members of the NSW Police Force into gay hate crimes," he said.

Following White's sentencing this week, Steve Johnson had an important message for the inquiry.

"These 30-year-old cases can still be solved and it matters to bring perpetrators to justice after this length of time," he said.

"We're not so old yet that we can't feel peace and relief at bringing Scott White to justice now."

Australian man sentenced to 12 years after admitting to pushing gay American off cliff in 1988
‘The value of a gay man’s life?’, says critic of court’s decision

The Independent UK
Bill Spedding has made his case for malicious prosecution, now he waits for a judge's decision

Queensland police announce a half-million dollar reward to anyone who can help solve the cold-case murder of Deborah Anne Smykalla,…

Police in Spain believe that the deaths of four men, who had been judged to have died of natural causes,…