The rumored ‘Fortnite’ movie is another step toward the inevitable 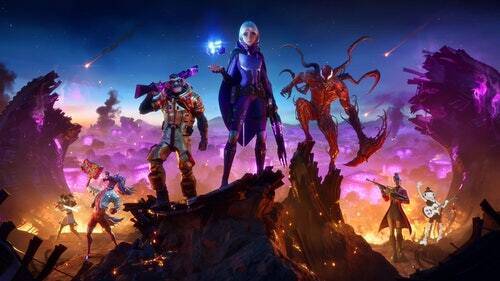 What comes to mind when someone mentions Fortnite? Perhaps something along the lines of, massively popular battle royale game for children. Or, the more cynical among us might lean towards, a playable advertisement. People out of the loop may know the name as it relates to its developer, Epic Games, and the ongoing lawsuits the company is involved in against both Apple and Google. While none of those answers are exactly wrong, they don’t fully capture what the game has been moving towards: becoming a universe unto itself. And with this week’s announcement of a possible Fortnite movie in the works, that scenario is beginning to feel inevitable.

As first reported by The Information, the minds at Epic games have been teasing the creation of an entertainment division within the company to bring scripted video programming to life. This development raises some questions about the future of the brand, given that its growth is being curtailed by the game’s ban from the App Store and Play Store. It seems that venturing into the film business would help diversify the company’s brands. But other questions persist: Namely, who will be the voice actor for Peely? My early prediction would be Bradley Cooper.

The report cites some recent hires for Epic that took place at the beginning of this year:

When I first saw Thanos being inserted into Fortnite, I couldn’t help but laugh. Not only did it feel comically out of place but the brand activation was so on the nose all one could do was throw their hands up. The Thanos insertion would be the first of many collaborations for Epic’s crown jewel — Rick & Morty, the NFL, J Balvin, the list goes on and on.

Fortnite collaborations ran the whole gamut, whether it was another media property, sports league, or celebrity, these brand partnerships even ventured into experiential events and physical products you could purchase in real life.

The Fortnite movie, if it ever comes to fruition, won’t even be the game’s first foray into film. Christopher Nolan has partnered with Epic before to premiere a trailer for Tenet, as well as provide a live screening of a handful of his movies (Inception, Batman Begins, and The Prestige) within the game. Whatever it may end up being called, a film leveraging Fortnite’s IP will bring Epic’s CEO, Tim Sweeney, closer to his vision of establishing a metaverse based on the game.