The Richest Real Estate Billionaires On The 2021 Forbes 400List 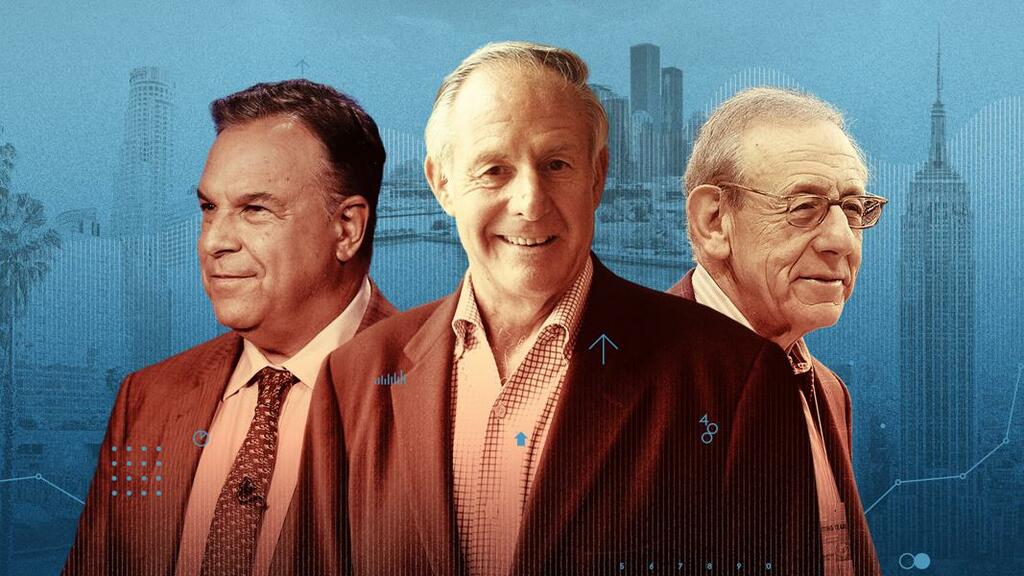 Donald Trump may have fallen off The Forbes 400 list of richest Americans this year, but his fellow real estate tycoons have boosted their wealth—both in hot markets (Palm Beach) and those still recovering (New York).

The group of real estate tycoons on this year’s Forbes 400 list of richest Americans is as notable for those who didn’t make the cut as for those who did: Donald Trump, with an estimated net worth of $2.5 billion, fell short of the $2.9 billion cutoff to make it into the 400 richest Americans. The former president isn’t the only one to have fallen from the ranks in 2021. Five fellow New York real estate billionaires as well as Silicon Valley developers Richard Peery and John Arrillaga also dropped off The Forbes 400 list. Collectively, the 24 real estate tycoons on this year’s list are worth $122 billion, nearly $4 billion less than the 32 in real estate were worth in 2020.

Despite the ongoing Covid-19 pandemic and the delay in workers returning to offices in many cities across the country, America’s real estate barons have gotten wealthier as their prized assets and diversified portfolios recovered from 2020 lows. Outside of Washington, D.C.—where the sole real estate billionaire residing in the capital, Washington Nationals owner Ted Lerner, is $100 million poorer this year—real estate magnates based in cities ranging from New York and Chicago to Los Angeles and Palm Beach have seen their fortunes grow since the 2020 Forbes 400 list.

At the top, Orange County, California-based Donald Bren remains the wealthiest real estate billionaire in the country with an estimated $16.2 billion net worth, nearly $1 billion higher than last year. The biggest gainer is Chicago-based gambling and real estate mogul Neil Bluhm, whose net worth grew by $2.4 billion to $6.4 billion—but that was largely thanks to his shares in publicly traded online gaming outfit Rush Street Interactive. (His luxury retail real assets in Chicago have also done well despite the pandemic.) Billionaires with industrial real estate portfolios, such as Leonard Stern in New Jersey and the Southeast and H. Ross Perot, Jr. in Texas, have also boosted their fortunes in tandem with rising prices for industrial assets. One reason: A shift to more online shopping has pushed up the value of warehouses.

Even in New York, most of Manhattan’s real estate billionaires saw their fortunes recover from the depths of 2020. In Los Angeles, retail king Rick Caruso is $400 million richer partly due to growing foot traffic to his (mostly outdoor) malls; in Silicon Valley, developers for the tech industry like John Sobrato and Jay Paul—who didn’t suffer as much of a drop in 2020 due to the resilience of their clients—saw their fortunes stay relatively flat.

That’s not the case in red-hot south Florida, where real estate investors with large footprints in Palm Beach and Miami have benefited from a rise in property prices across the region: Palm Beach-based Jeff Greene, for one, is $1.2 billion richer this year thanks to his holdings in the Sunshine State. And the only returnee to this year’s list is 71-year-old Donald Horton, founder of the eponymous Dallas-based homebuilder D.R. Horton, whose shares have risen by nearly 50% over the past year on the back of growing demand for homes across the United States. Horton fell off The Forbes 400 in 2005, his only previous appearance.

Here are the 24 real estate billionaires on The Forbes 400:

The founder of real estate colossus the Irvine Company retains his spot as the richest real estate billionaire in the U.S. As the owner of Irvine, Bren oversees an empire with more than 126 million square feet of real estate across southern California, much of it in Orange County, as well as more than 560 office buildings—including a 97% stake in Manhattan's MetLife Building—and 125 apartment complexes.

A former tax attorney, Ross founded Related Companies as a developer of affordable housing in 1972 and grew it to a giant that has developed or acquired more than $60 billion in real estate. Forbes estimates his net worth rose by $1.1 billion over the past year as Related expanded further into south Florida. Outside of Related, Ross also sealed a deal to hold a Formula 1 grand prix race in Miami—starting in 2022—at a circuit being built beside the Hard Rock Stadium, home to the NFL’s Miami Dolphins, a team that is majority-owned by Ross.

The Tianjin-based real estate developer is the only real estate tycoon on The Forbes 400 who doesn’t live in the U.S. His Hong Kong-listed Sunac China Holdings owns more than 340 million square feet of real estate and land across China, with the largest footprint in the southwestern city of Chongqing.

Bluhm pulled off one of the biggest wins of his career in December when he took his online casino and sports betting firm Rush Street Interactive public via a reverse merger with blank check firm dMY Technology Group. That deal alone boosted his net worth by more than $1 billion, but Bluhm's real estate assets in Los Angeles and Chicago—particularly luxury retail properties in Chicago’s wealthy Gold Coast neighborhood—have also contributed to Bluhm’s $2.4 billion gain over the past year.

Stern is chairman and CEO of Hartz Mountain, a commercial real estate giant based in New York with more than 250 properties throughout New Jersey and the East Coast, including Atlanta, Baltimore and Charlotte. Hartz Mountain’s largely industrial portfolio of warehouses, concentrated in suburban areas, has performed well amid the broader downturn in the real estate market.

Sobrato started selling homes in Palo Alto as a teenager while taking classes at Santa Clara University and eventually built the Sobrato Organization, a Silicon Valley real estate developer that's worked with clients ranging from Google to Netflix and now owns more than 7.5 million square feet of office space. In 2013, he passed day-to-day operations to the firm’s president of real estate Rob Hollister, and turned his attention to his family’s philanthropic activities.

The billionaire, who first got rich buying credit default swaps on subprime mortgage-backed bonds during the housing crash of 2007 and 2008, has now gotten richer during a crisis for the second time in a little more than a decade. Greene’s residential condos and apartments—as well as some retail, office and land under development—in south Florida soared in value as the region’s market attracted buyers throughout the pandemic, while his residential properties in housing-strapped Los Angeles also held up during 2020.

One of only two real estate magnates on The Forbes 400 to see his net worth shrink since September 2020—the other being Jane Goldman, head of the Goldman clan of New York residential real estate billionaires, who is an estimated $100 million poorer—the 95-year-old Lerner is also the eldest of the real estate members of the list. (Real estate billionaires tend to be an aging bunch, with an average age of 76 among the 24 on The Forbes 400 this year.) Most of Lerner’s fortune comes from office buildings and apartments in Washington D.C., both of which have held up well—Lerner’s most valuable office towers are nearly fully occupied—but his retail properties in the area have suffered during the pandemic. Lerner got his start in real estate seven decades ago in 1952, when he borrowed $250 from his wife to start a company that sold homes to developers.