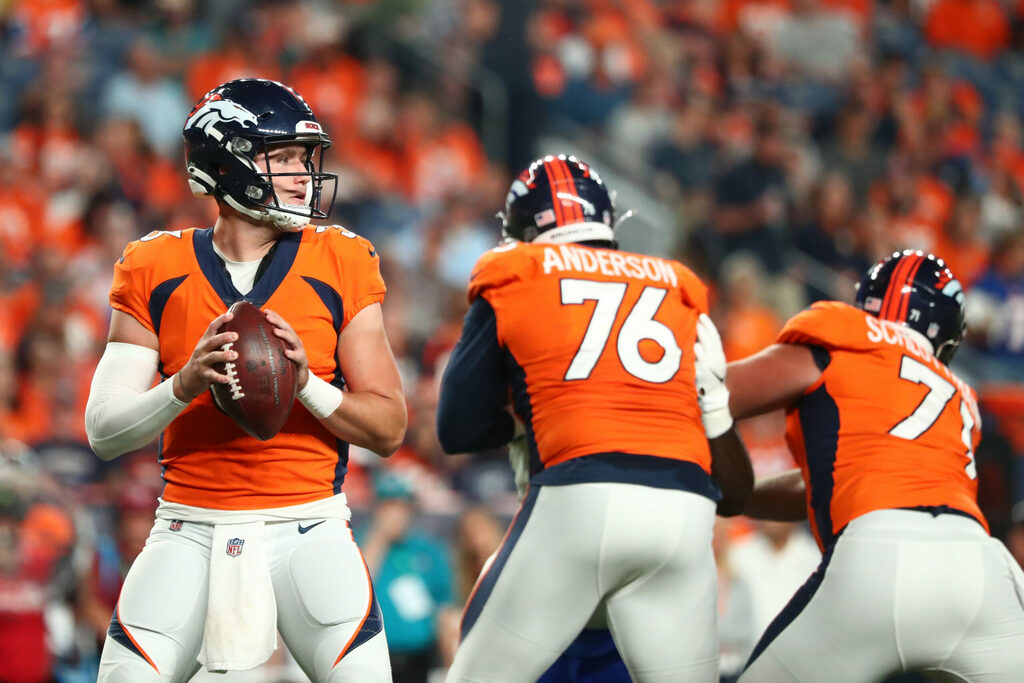 Remember last year when the Broncos had to play a game against the Saints without any quarterbacks on the roster due to contact tracing? Well, the real reason that the Broncos couldn’t play with any quarterbacks has come to light almost a year after that embarrassing game where wide receiver Kendall Hilton had to start at quarterback for the Broncos.

According to Troy Renck of Denver7, the Broncos quarterbacks had actually tried to game the contact tracing system instead of just following the rules. The quarterbacks put their contact tracing equipment in the corners of the room when they watched film and then sat next to each other, like they would in a normal year.

They were caught on surveillance footage from the facility. Breathtaking incompetence.

Why did Goodell ignore #Broncos’ pleas to move #Saints game? Surveillance video from Denver’s facility showed QBs had tried to fool system. They had removed their contact-tracing devices and put them in four corners of meeting room, then they sat together to watch film. #Denver7 https://t.co/g2e6RJMYxm

What makes the situation even more absurd is that Broncos quarterback Drew Lock posted an apology at the time of the incident where he said the quarterbacks made an “honest mistake”.

So, for the Broncos fans who were upset that Roger Goodell didn’t move the game after all the quarterbacks were ruled out for the Saints game? Here’s your answer.