Heart of the Primaries 2022, Republicans-Issue 23 (May 19, 2022)
In this issue: Takeaways from five states’ primaries and former V.P. Pence to campaign for Kemp

A war in Europe instantly creates parallels with the world wars for people in the UK and other European countries.…

The Conversation
Heart of the Primaries 2022, Democrats-Issue 23 (May 19, 2022)
In this issue: Takeaways from five states’ primaries and another possible incumbent-vs.-incumbent primary in NY

Only four subway stations will have them, and it’s “not guaranteed” you’ll secure one.

Input
From analysis to good news, read the world’s best news in one place
How Hulu’s Conversations With Friends Got Sally Rooney So Wrong

The novel is darkly observant of Millennial malaise. The TV adaptation is a different story. 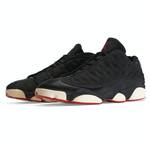 Including five rare sneakers and an even rarer trading card.

The One Show: Viewers praise Joe Wicks as he talks about his 'chaotic' upbringing

The film explores the scale of parental mental health issues and how his own childhood was affected by his parent's battles with mental health. Wicks says that parents messaged him to share the positive impact PE with Joe had on their mental health. This led him to think about his own upbringing.

On the show, Wicks talked about his dad's struggles with drug addiction and his mum's battles with severe OCD and how she would "excessively clean, two or three times a day". He said: "It was very chaotic, manic, destructive kind of upbringing and I've come through that."

READ MORE: Little Mix leave fans 'in tears' during emotional last interview on The One Show

Wicks says that he did not recognise the situation growing up, but hopes the film will "be uplifting and inspire others with their mental health". Viewers praised the fitness coach for his honesty, as he spoke openly about his experiences as a child.

@BnmPlanet said: "Joe, you're a shining example of using life experience for good use. You are able to pick that addiction traces you got from them in the form of helping. I am ex-panic attack sufferer so understand how it filters through in other parts of our lives. Keep up the good work."

@Sneshka_Richter added: "#JoeWicks gives again an incredibly valuable contribution to us all by highlighting the importance of #mentalhealth& investigating the influence our childhood & upbringing has on it. I will be watching his #Documentary with great interest #MentalHealthAwarenessMonth @thebodycoach."

Joe Wicks: Facing My Childhood is on BBC on Monday, May 16 at 9pm.

Joe WicksOne Show
Sign up to read this article