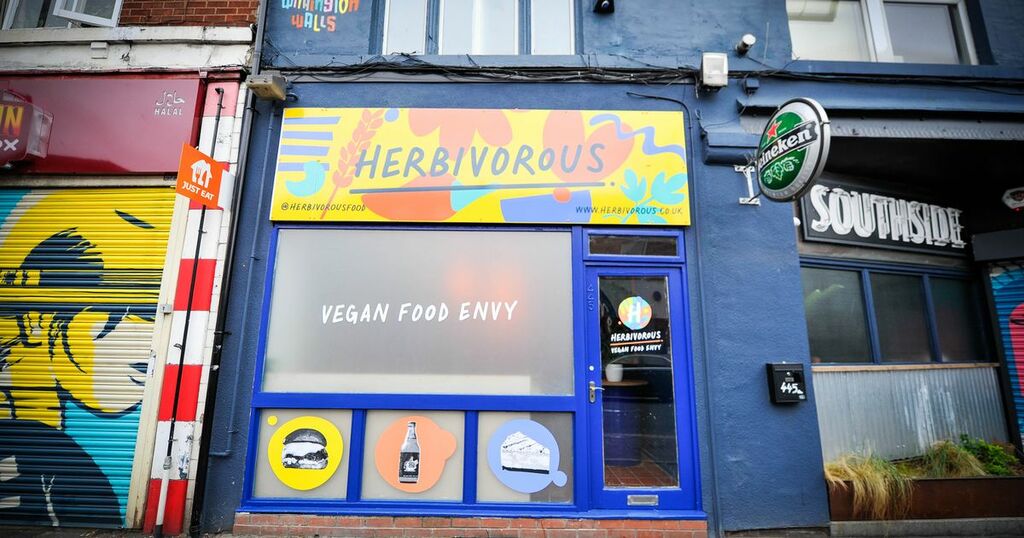 A new, entirely vegan restaurant is preparing to open its doors in Withington this week.

Herbivorous has become a familiar name on the Manchester street food scene, popping up at festivals and venues including Ancoats General Store, Stretford Foodhall and their base at Hatch.

Famed for its completely plant-based menu of burgers and 'chicken' wings, the team are now gearing up to open their first restaurant space.

Owners Robyn Marsh and Damian Myles have taken what was once a gift shop on Wilmslow Road, and turned it into a colourful haven for meat-free dining.

The decor has been inspired by festivals, which are frequented by the Herbivorous street food horse box, with local music events honoured in artwork on the walls.

Almost everything on the menu will be created in house from scratch, including mock-meat product seitan, sauces like vegan mayonnaise, and homemade desserts.

The much larger site will allow the pair to build their most ambitious and creative menu yet, with enough space to launch a home delivery service next month.

Then there are sharing items like buffalo wing, loaded onion bhajis and sweet and sour 'chicken' balls.

Desserts will include sticky toffee pudding and creamy cheesecakes, all completely vegan.

Robyn said: "We've been going for nearly five years now, and we've so many things over the years, but this feels like a really exciting new adventure.

"It's our very own space and we can really put our mark on it. We're really looking forward to this next project.

"It was largely influenced by our success from when we were at Stretford Foodhall, we were there off-and-on for almost an entire year between lockdown.

"There's a really nice community feeling around the food hall itself, so we really though south Manchester was a good option for us.

"When the space came up here in Withington it ticked a lot of boxes.

"It's a fantastic, vibrant area. We've got to know it really well over the four months we've been renovating and fallen more and more in love with the place.

"There are lots of passionate people here to really care about the village."

Herbivorous will open on Thursday October 14 at 445 Wilmslow Road in Withington. You can book a table at herbivorous.co.uk.