The Making of Incarnation by Tom McCarthy review – tech-industrial sublime 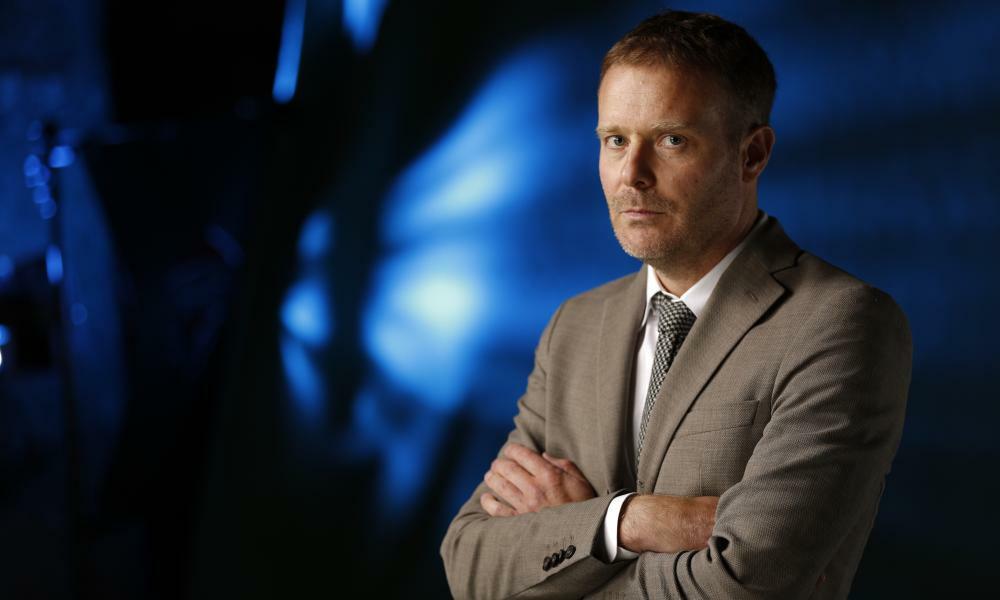 The TR-808 Rhythm Composer was a 1980s analogue drum machine, manufactured by the Roland Corporation of Japan, which has featured on everything from Marvin Gaye’s Sexual Healing to Kanye West’s 2008 album 808s & Heartbreak. Manchester acid-house pioneers 808 State even named their band after it. Samples of it are still a mainstay of electronic music production 35 years after the original ceased to be manufactured.

Why am I telling you all this? Because the number 808 features heavily as a numerological MacGuffin in the new novel from the twice Booker-shortlisted Tom McCarthy. It variously appears as a missing item on a menu, the designation of a lost archive box, and a zero between two side-on infinity signs, but it would be surprising if McCarthy, who after all lives in Berlin, long home of a strong techno scene, did not also intend an unspoken homage to the machine that made techno possible. Especially because he is known for high-modernist experimentalism and an interest in systems – 2010’s C was about radio communication, and 2015’s Satin Island about anthropology, consultancy, and much else – and this is a novel about machines and their interactions with humans, and about how human plus machine might make a super-machine.

A lawyer, Monica Dean, is assigned to investigate the private archives of Lillian Gilbreth, an American psychologist who with her husband Frank was influential in the field of time-and-motion studies, developing the “scientific management” theory otherwise known as Taylorism. She made “cyclegraphs”, time-lapse photos in which a light trail reveals the pattern of repetitive movements in men operating drills, women operating cash registers, and so forth. This much is historically true, but in the novel Gilbreth also made sculptures of those cyclegraphs in boxes, and one of them – number 808 – has gone missing.

Meanwhile, Mark Phocan works for a tech company called Pantarey Motion Systems, which uses motion-capture tech to provide modelling data for everything from football teams to the movie industry. The company is hired to model the physically accurate implosion of a spaceship for an SF film called Incarnation (hence the novel’s title), which seems to be even more childishly boring than George Lucas’s first Star Wars prequel. There is also a shadowy company, known only as “Client A”, which might be seeking somehow to copyright or own human gestures; and there is an MI6 man, Pilkington, taking an oddly close interest in all this, who gets very upset when his chocolate tart comes with ice-cream and a wafer.

Do not, however, mistake this for a spy thriller. It proceeds not primarily by events, but by the accretion and rhyming of concepts. “Things are connected to other things, which are connected to other things,” notices the operator of a wave machine in the bravura opening scene, the first of the novel’s many visions of a tech-industrial sublime. There is a theme of signalling rather than being: a gallery guide speaks to a crowd of schoolchildren with “not enthusiasm itself but rather an intent to enthuse”; while the movie’s script has “various subplots put in solely for the sake of complicating things – ie of signalling complexity”. There is an overarching obsession with imprints, negatives, traces left by human movement, both in the motion-capture computer and in the mythical Gilbreth boxes.

And most of all there are constant visions of machines within machines, and the whole universe as a machine. We hear from an ex-Soviet physicist who speaks of the USSR’s dream that the world might be a perfectible “apparatus”; while Phocan envisions “a general state in which things, all things, find themselves caught up in the same general, if unnameable, contraption, and the world, its stakes, its struggles, all hang in the balance”.

Of course a novel is a contraption too, which is why we have no reason to expect minor characters to do any more than function, like this one, as Professor Exposition: “Riga’s always looked both ways, ever since its Hanseatic League days, when it served Peter the Great as gateway to an open, ie unfrozen, seaboard.” Observing people caught on CCTV, one character thinks they “move strangely: at normal speed, but with a motion that’s somehow imprecise and fluid at the same time, as though they were immersed in water” – a beautiful observation, and one that also applies to the people in the novel. But that is thematic, this being also a novel of cybernetics, which considers its humans as parts of a larger feedback machine.

It’s more as a mechanical matryoshka or ouroboros of interconnecting yarns past and present, then, that the novel exerts its strong and peculiar effects. Of which there are many, including a very dry humour, as in the echo of Don DeLillo when a crashed aeroplane is said to have undergone a marvellously named “integrity event”. There are nods to William Blake and CP Snow, and an intense observation of quotidian technicalities (including a weirdly mesmerising description of an airport baggage cart’s dance across the runway, before it “draws to a halt across (but not within) the red and white rectangle of the loading box”). Some chapters trace a single spiralling thought to a satisfying image of negative epiphany: “a white bird gliding in a parallel and empty sky, above a darkening flood”. It’s only when the writing attempts to stretch beyond its enjoyably ironic style of deadpan cataloguing that it falters, with italics straining to signal importance, or words piled up to grasp at an idea that doesn’t materialise.

The overall effect of The Making of Incarnation, then, is like that of an extremely dense art installation – or indeed a machine, within which the reader, too, can play only the designed function. It is implacable and intermittently tedious, but then isn’t the world, too? At one point, which might be the book’s true centre of gravity, a drone pilot who remote-controlled Predators in Afghanistan from his base in Hampshire mentions that he was diagnosed with PTSD. But you weren’t actually in a war zone, objects his naive interlocutor. “‘Wasn’t I?’ He smiled, then added: ‘Aren’t we?’”

• The Making of Incarnation is published by Jonathan Cape (£16.99). To support the Guardian and the Observer, order a copy from guardianbookshop.com. Delivery charges may apply.