The lung cancer symptom which appears in your fingers

There is one tell-tale symptom which could lead to an early lung cancer diagnosis.

Lung cancer can spread more quickly than other forms of cancer with nearly 40,000 people being diagnosed with the disease every year. The danger with lung cancer is that symptoms often don't show up until after the dangerous cells have spread through the body, reported The Mirror.

While most people expect respiratory issues, such as shortness of breath, wheezing and a having persistent cough, to be linked to lung cancer, there is also one more obvious symptom - and it's in your fingers.

Finger clubbing can be an early sign of the illness. It could help lead to an early diagnosis. Here is what you need to know.

What is the early sign of lung cancer on fingertips?

When you press your fingernails together, do you see a tiny diamond-shaped window of light? If you can't see this gap, you could have finger clubbing which is when the ends of your fingers swell up - and this could be a sign of lung cancer.

The condition happens in stages, starting at the base of the nail, which becomes soft. Then the skin next to the nail bed become shiny, after which the nails begin to curve more than normal when looked at from the side. Finally, the of the fingers may get larger and swell due to fluid collecting in the soft tissues of the fingers.

While not having this diamond-shaped gap between fingernails doesn't automatically mean you have lung cancer, there is a possibility it's a symptom. So, the best course of action is to speak to your doctor if you spot it.

One lung cancer patient Brian Gemmell , whose only symptom of the disease was finger clubbing, said: "Go and see your doctor If you’ve got anything that you’re concerned about – that’s what a GP is for. Go as soon as you can.’"

Early detection can help you get treatment earlier, with West Lancashire-based GP Dr Helen Piercy saying: "If you notice any signs or symptoms that concern you, see your GP. First phone for an appointment. You will be assessed. You will be invited in, if you need to be seen face-to-face. Don’t be afraid. Pick up the phone."

What are the symptoms of lung cancer?

Lung cancer symptoms vary from person to person. Some people have numerous symptoms and others have none.

Common lung cancer symptoms to be aware include:

These signs don't always mean you have lung cancer, but it's best to consult your GP if you have any of the above concerns. 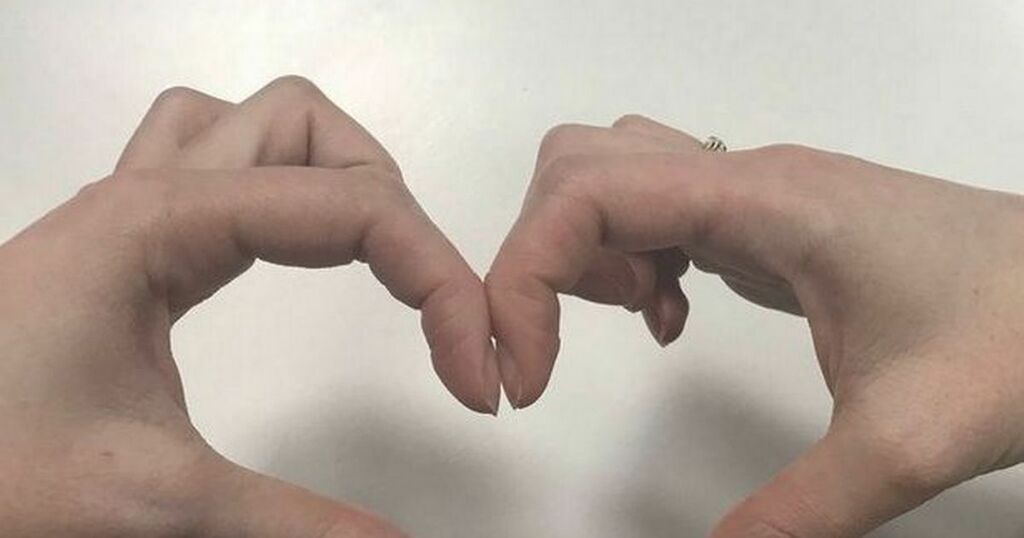 Lung cancer affects thousands of people and their families across the UK every year.

Daily Record
Lung cancer symptoms: Telltale sign on your fingertips that could lead to early diagnosis

A simple finger test can help diagnose lung cancer. Here's the telltale sign on your fingertips that could be an…