The lingering Scotland hangover that led to disaster in Dublin

SCOTS are quite accustomed to nursing sore heads in Dublin.

Visitors to the Fair City, those who are attending an international match especially, have a tendency to overindulge in the black stuff and they always suffer as a consequence of their excess afterwards.

But it was a hangover of another kind that Scotland struggled with on their last trip to the Republic of Ireland’s capital back in June.

Steve Clarke has reflected long and hard on the reasons for his charges’ insipid performance in the Nations League game in the Aviva Stadium – which they deservedly lost 3-0 - over the summer and believes there were a number of contributing factors.

However, he suspects the pain of the Qatar 2022 play-off semi-final defeat to Ukraine at Hampden the previous week had – despite the 2-0 triumph they subsequently recorded over Armenia – a significant bearing on what transpired.

Clarke is optimistic the rematch with Stephen Kenny’s men will, following the impressive 3-0 victory over the side which denied them a place in the World Cup finals in November on Wednesday night, go far better.

“We actually felt quite good going into the game in Dublin,” he said after taking a final training session at Oriam outside Edinburgh yesterday. “Obviously it did not work out.

“Maybe we misread the way we had played against Armenia. I thought we responded quite well to the Ukraine defeat and played quite well that night. Maybe I thought we had recovered when clearly we hadn’t. We didn’t reach our levels.

“We didn’t see it coming either. We thought we got over the huge disappointment of not going to the World Cup. But obviously we hadn’t. It was still in our system.

“Before we played Ukraine this week I spoke about getting back to our levels and getting back to how we can play. I think we did that midweek. Now we have to do that again on Saturday against a good Irish team.”

Clarke changed his formation to a 4-2-3-1 when Scotland faced Ukraine again in midweek and was rewarded with a complete display; John McGinn and his team mates kept a clean sheet, created a raft of scoring chances and netted three goals.

It will be a surprise, not to mention a disappointment to the Tartan Army, if the national team manager reverts to a three man defence tonight even though it has served him well in the past. However, he is acutely aware of the damage the visitors can do and will tweak his tactics accordingly.

“Ireland have a different system (to Ukraine) and different qualities in their team,” he said. “They like to get the ball wide, they play with good width in the pitch, they get good delivery into the box. They are dangerous at set plays, they have some big ones to look out for.

“But Ireland do have some big players and sometimes they get a first contact. They got a first contact over there and then we allowed them to get the second contact, which was the goal.

“But they have lots of different qualities. They obviously have that little bit of Irish spirit, the fight, the running. We know we have to match that first and foremost and then we have to hope that our qualities are better than their qualities on the night.”

Michael Obafemi caused Scotland all kinds of problems in Dublin. The Scotland striker scored his first international goal and set up another. Clarke, though, is certain his defence will be able to nullify the threat the pacey forward poses after watching them deal with Mykhaylo Mudryk effectively in the Ukraine game.

“He (Obafemi) has good pace, good movement and is quick in and around the box,” he said. “He has a fantastic work rate as well. But you could say that about the whole Irish team.

“You can subconsciously sit off players with pace. But we played this week against a Ukrainian team who had a very quick player in Mudryk and we coped well with the ball in behind. It’s something we have to be aware of, but it should be something we deal with.”

Clarke has been monitoring the recovery of Stuart Armstrong, Jack Hendry and Kieran Tierney since Wednesday night and is hopeful the midfielder, centre half and left back will all be able to take their place in his starting line-up.

“We’ve got decisions to make on a few, pretty much those three,” he said. “In terms of physical preparation Ireland will have had the better week as they’ve had a clear week to prepare while ourselves and Ukraine are playing catch-up.

“We don’t complain about it because we understand the reason we had to play the extra game (the Qatar 2022 play-off semi-final was moved from March to June because of the Russian invasion of Ukraine). But we’ve had a great win in midweek and we feel good about ourselves so maybe it balances itself out.”

A Scotland win over the Republic of Ireland in front of a sell-out crowd at Hampden tonight will go a long way towards offsetting the Dublin defeat and put them in a strong position to claim a Euro 2024 play-off spot. 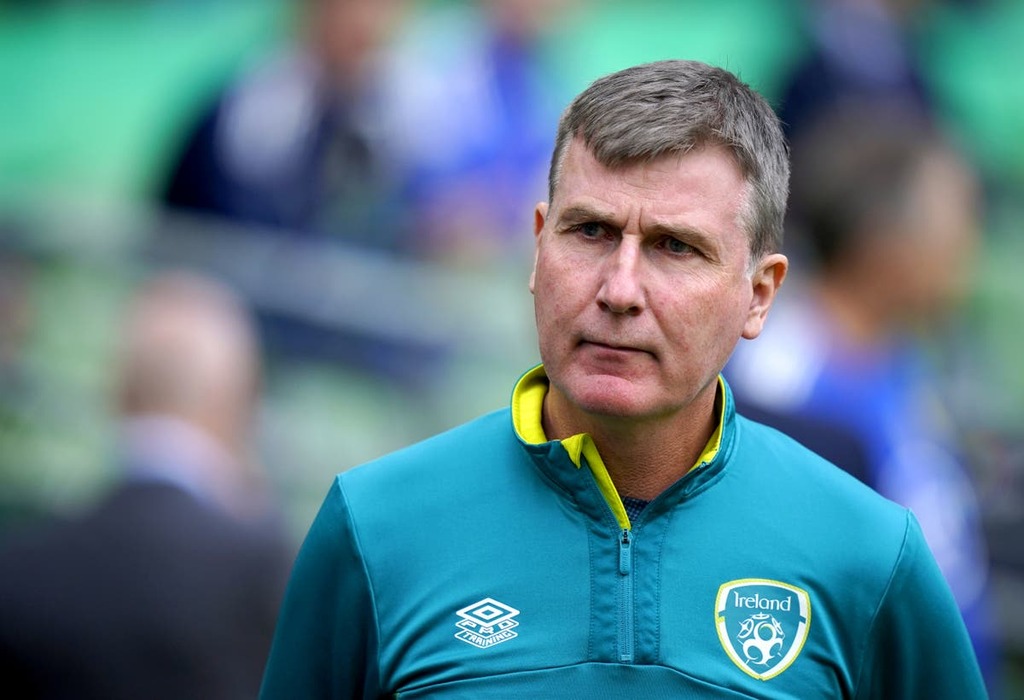 Stephen Kenny warns Scotland they are facing ‘a new Ireland with a new identity’
The Republic of Ireland are third in Nations League Group B1, five points behind Scotland.

Steve Clarke has said he is facing decisions on game time for key Scotland players including Kieran Tierney, Jack Hendry…

The last time these two met in the group Kenny saw his men cruise to a comfortable 3-0 victory.

As their supporters trudged wearily towards the nearby Mount Florida station, hoping to nab a seat on a train to…

Irish Independent
One subscription that gives you access to news from hundreds of sites
Is Scotland vs Ireland on TV tonight? Kick-off time, channel and how to watch Nations League fixture

Scotland vs Ireland live stream, team news and everything you need to know ahead of Nations League match