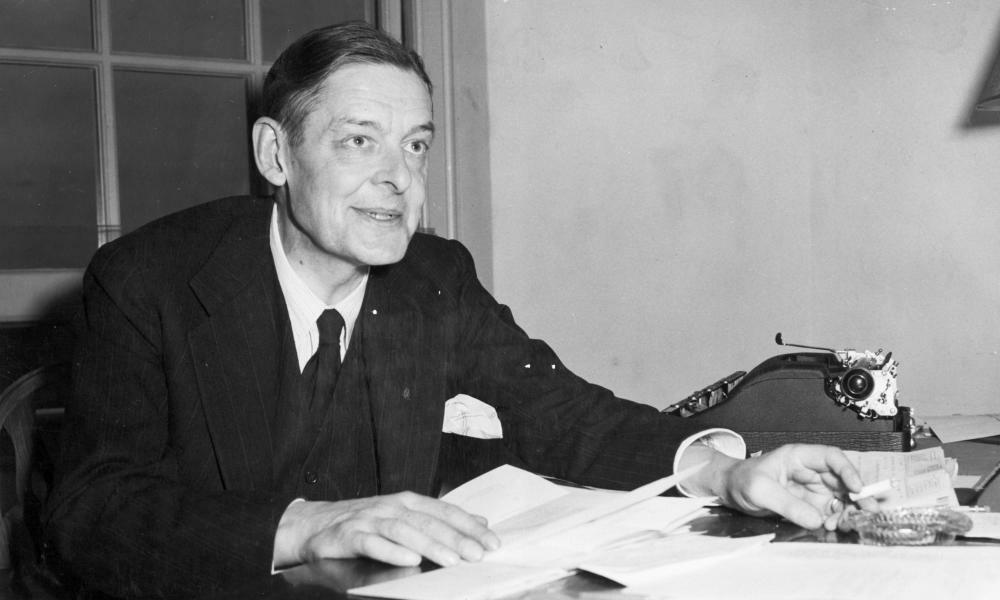 TS Eliot expected poetry to provide him with “an escape from personality”, which meant adopting arch disguises. He began as the diffident J Alfred Prufrock and later saw himself as a hollow man, offering at best “gesture without motion”. He wished his marital guilt on to Harry in The Family Reunion, who imagines murdering his wife. At his raciest, Eliot envied the “outwardly respectable” feline Macavity, whose nocturnal tom-catting makes him “a monster of depravity”. Yet the man always peeped out from behind the mask and when a portrait bust by a Portuguese sculptor gave him a shark-like jaw and made him look “lecherous and rapacious”, Eliot smirked in gratification.

Only when writing business letters did Eliot remain implacably and often drearily impersonal. In the ninth volume of his correspondence, which takes 1,000 pages to inch from 1939 to 1941, he officiates at Faber by icily suggesting that a poet whose manuscript he rejects should start “looking up words in the dictionary”, regrets that he cannot afford to accept election to the Athenaeum, sends a reference for a former secretary to testify that she is “decidedly a lady” and genuflects to an archbishop as “your Grace’s most obedient and devoted servant”.

With a kind of inverse dandyism, Eliot concurrently fusses over his clothes, which he relies on to render him innocuous. The war, he thought, would usher in a totalitarian future when “we are all either in uniforms, or Civil Servants”; avoiding both khaki and pinstripes, he still sought the camouflage of uniformity. After being awarded a fellowship at a Cambridge college, he frets about acquiring the correct gown, surplice and hood. His duties as an air-raid warden in Kensington come with their own sartorial rules: Old Possum, the alter ego he adopted for his poems about cats, decrees that “Gas Masks are to be Worn, Under, not Over the Necktie”. At Christmas, he treats himself to a spring suit of blue-grey Glenurquhart Angola wool. He is especially proud of his umbrella, essential to the armature of the City gent: made of whangee cane, it has a bamboo handle and he coyly shelters behind it on the cover of this volume.

Despite his protective tailoring, inhibitions remain. Prufrock asks: “Do I dare to eat a peach?”, but Eliot takes a more drastic gastronomic plunge at Chong Chu’s restaurant in the East End, where the ginger prawns have a “peculiar spiritual effect... in which fascination was mingled with terror”. Regretting his timidity, he admits to John Hayward that he could never be “simple, sensuous and passionate”, which was Milton’s requirement for the poetic temperament. When the first of the Four Quartets sells 12,000 copies, Eliot glumly concludes that its popularity means that it can’t be any good. As if vouchsafed a prophetic, posthumous glimpse of Andrew Lloyd Webber, he sighs that “my financial future – or shd. I say foutre – seems to depend upon Cats”. Foutre is French for “fucking”: for Eliot, money is not shit but semen, meant to be kept in the bank. “I never lay with a woman I liked, loved or even felt any strong physical attraction to,” he confides to Hayward, grateful that Christianity has made an honorary monk of him.

Although he scrupulously separated “the man who suffers and the mind which creates”, Eliot’s neurosis made him a poet and some of his misery slithers into the letters. Writing to his solicitor about his first wife, then detained in a sanatorium, he insists that “I do not wish to see Mrs Eliot now or at any future time”; even so, taking stock of her jewellery, he demands the return of a scarab watch fob. Otherwise, his sufferings are mainly medical and with intimate friends he grimaces about his trials. Argyrol, “specific for clap”, is prescribed for his larynx and leaves an incriminating brown stain on his hanky, while his new dentures make him lisp like Winston Churchill.

The mind that creates is less evident here than the body that evacuates. Roused by sirens, Eliot’s imperative is “to have a good Piss: after that you are ready for the Jerry”. Wartime shortages oblige him to hoard Bronco, an equine-sounding lavatory paper with one nastily slick side and another that was absorbent but abrasive. Inconvenienced by faulty domestic plumbing, he describes “the horror of having nowhere to rear” and says, almost echoing Prufrock, that he “dared not take a purge at night, for fear it would operate too early”. Yet he dreads waiting for relief until he gets to his club for lunch, by which time he might be constipated. This, for Eliot, was the eternal problem, aesthetic as well as digestive: lax self-expression or costive containment? Amusingly, a day later, he writes to Mervyn Peake advising that his style needs “a good purge”, which suggests that he may have been still coping with an internal clog.

Along with such sanitary worries, there is ordure of another kind. Eliot jokes about “coons” with Ezra Pound, sneers at “the simple wops” before a lecture tour of Italy and, after an approach from the City College of New York, asks a crony: “Very Jewish, is it not?” So much for his noble crusade to preserve culture from fascism.

This continuing edition of the letters has been praised for its detailed scholarship, and indeed its thickets of footnotes tell us more and more about less and less. When the present instalment ends, Eliot still has 23 years left to live: at the current rate of progress, should we anticipate eight more equally onerous volumes? The unexamined life may not be worth living, but the over-annotated life can be hard going.

• The Letters of TS Eliot Volume 9: 1939-1941 is published by Faber & Faber (£60). To support the Guardian and Observer order your copy at guardianbookshop.com. Delivery charges may apply