Legacy of 9/11, when France stood by America to become the 'best of enemies' 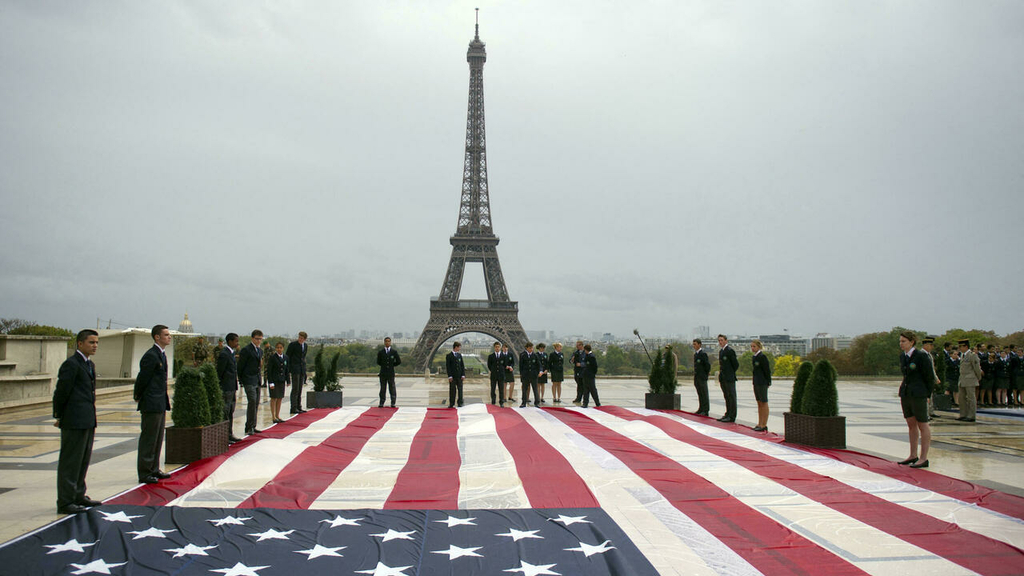 Today marks two decades since four hijacked planes crashed in New York, Washington DC and Pennsylvania, leaving almost 3,000 people dead and destroying the lives of countless others. RFI's David Coffey looks back at that fateful moment on a sunny Tuesday morning, how France responded – and the eventual rift in relations between Paris and Washington.

When the first images of the blazing World Trade Centre hit television screens in France, it was mid-afternoon. It was a glorious September day in the French capital, as Parisian life was slowly getting back to normal following the summer holidays.

Many in Paris, myself included, were gearing up for a pleasant autumn week ahead. Finishing a protracted lunch with work colleagues in the 13th arrondissement, the owner came out to the terrace in a fluster.

"Have you seen this? This is unbelievable. You have to see this," said Ali, the Algerian-born proprietor of Café Albert, who knew us well as "les anglos," his English-speaking clients from an internet start-up down the road.

As we followed him into the bar to witness the unfolding horror, the second plane hit tower number two. This was not an accident; it was something very, very different.

This was our generation's JFK moment.

We all know exactly where we were when the domino of attacks kept rolling on CNN. Websites crashed, phone networks collapsed and when the dust settled by 12 September 2001, a shockwave of disbelief had reverberated across the planet, many times over.

Biden to travel to all three 9/11 sites for 20th anniversary of attacks https://t.co/e975tu2Fbp

The day after, Le Monde translated that sense of shock to sympathy with its now emblematic headline: "Nous sommes tous américains" – We are all Americans. Flowers were laid in front of the US Embassy at Place de la Concorde, while hundreds gathered at Notre Dame cathedral to light candles and sing the Star Spangled Banner.

While subsequent terrorist attacks have left indelible scars – from Atocha in Madrid, 7/7 in London and 13 November 2015 in Paris to mention a few – 9/11 sill remains the quintessential example of large-scale terrorism.

Within a week of the attacks, then president Jacques Chirac was the first foreign head of state to meet with George W Bush, famously surveying the devastation of "ground zero" in a helicopter.

Chirac presciently remarked: "Today it is New York that was tragically struck, but tomorrow it may be Paris, Berlin, London."

France was quick to support the US invasion of Afghanistan later that year, in support of the US-led mission to overthrow the Taliban régime who – after five years in power – had given the Al-Qaeda terrorist network a safe haven to train and plan their attacks. For France, the mission was simple: get Osama Bin Laden and put an end to international terrorism.

But after the initial outpouring of French support for Bush's "War on Terror", transatlantic relations between Paris and Washington took a nosedive when, in 2003, France took the lead in opposing America's intervention in Iraq.

Following an impassioned speech to the UN Security Council by French foreign minister Dominique de Villepin, a wave of pent-up American contempt for all things French spewed onto the streets of the United States.

Francophobia in the US took on a razor sharp edge. Only "freedom fries" were to be served for lunch at the US House of Representatives, only "freedom toast" for breakfast. French restaurants went out of business, with many openly attacked. In a show of mass patriotism, French wines and liquors were openly poured down gutters with pride.

In reaction to this wave of anti-French sentiment, commentators in France were quick to compare the US invasion of Iraq to Adolf Hitler's assertion that attacking Czechoslovakia and Poland were "preventive strikes".

Watch and share this short—yet incredibly revealing—clip of Wesley Clark, a former four-star general in the US Army, as the 20th anniversary of 9/11 approaches: pic.twitter.com/YVZG6b82th

Even on the 15th anniversary of the 9/11 attacks, old gripes between the two allies appeared to remain, although the fervour of anti-French feeling abated as the wars in Iraq and Afghanistan dragged on, more entrenched than ever.

Writing on 11 September 2016, then president François Hollande suggested that France was a victim of the chaos unleashed by the US response to 9/11.

"On that day, we were all Americans," Hollande posted on Facebook. He added that "the response that the American administration gave to these attacks ... far from eradicating the threat, expanded it over a wider area."

Hollande's scathing criticism came as the Islamic State armed group had risen from the ashes of defeat in Iraq, becoming the mastermind behind a string of terrorist attacks on French soil, most infamously the 13 November 2015 attacks across Paris in which 130 people died.

Twenty years on, however, we can expect a more measured commemoration of 9/11 in France, as Western powers grapple with the reality of a failed intervention in Afghanistan, the return of the Taliban to power and the exponential growth of international terrorism since 2001.