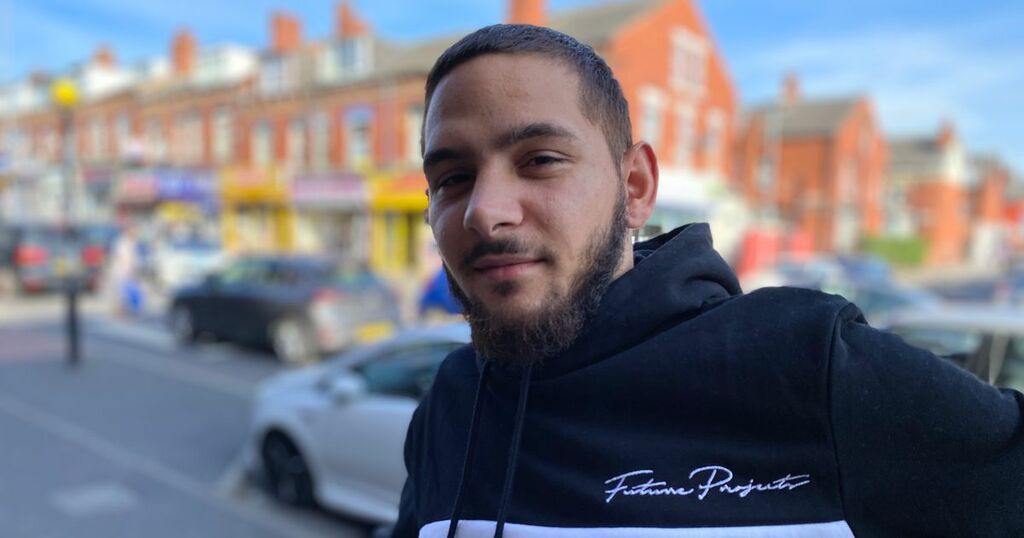 "Nobody is getting the vaccine. They are scared to get it."

To some, Patrik Demeter's views might seem a little outlandish, but he's not alone.

The 19-year-old is among an overwhelming majority of people in Harehills South who have so far refused the Covid-19 vaccine.

In fact, the inner-city suburb has the lowest vaccine uptake in England.

Exactly 10 months after the nationwide vaccination programme began, just a third of all eligible people in Harehills South have had one dose of the vaccine.

The number of people double-jabbed is even lower. Only a quarter of all residents aged 12 and over here have had both vaccines.

Mistrust is a key element in his decision. As is the dangerous misinformation that he reads on social media.

"People think every time someone gets a vaccine, they die straight away," he incorrectly claims.

"I’ve got all my information from Facebook. Most of my friends and family see this stuff too.

"And they think the government is lying - maybe for money," he adds. "A lot of people think that."

Patrik, who was born in the Czech Republic but has lived in Leeds for 15 years, says the majority of Eastern Europeans in Harehills feel the same way.

"There are lots of Romanians here and all Romanians think the same," she says. "It’s a big thing.

"My parents say they’re scared. They say ‘What if something happens?’. I am scared too.

"None of my friends have had the vaccine. They say the same as me."

The issues in Harehills South are nothing new. It has long since had the lowest vaccine uptake in Yorkshire, and earlier this summer LeedsLive heard from youngsters who said they wouldn't be vaccinated "for a million pounds".

Harehills North has similarly troubling problems in encouraging residents to get vaccinated and has one of the country's 10 lowest uptakes for two jabs.

Sammy, 24, not only doesn't want the vaccine, but also thinks Covid-19 is a hoax.

"The vaccine is no good, he says. "Coronavirus is not true. I read this on the internet.

"A lot of people in Harehills think like this. Everyone says the vaccine is no good."

Although some people told LeedsLive they have not had any letters or texts encouraging them to come forward for their vaccine, dad-of-one Gerzson Olah says he has had "lots" of messages in his native language, Hungarian.

But no matter how many times he is asked to get jabbed, he won't do so.

"I will never have the vaccine," he says. "I read bad comments about it.

"I get many messages in Hungarian, but I won’t do it."

Some people who work on Harehills Lane are double-jabbed though.

Karen Noble, 58, has had both doses of the vaccine and often suggests her customers follow suit, but her pleas appear to fall on deaf ears.

"I say to a lot of people ‘Please don't be scared by it, it's there to help you’.

"But there seems to be this thing about being frightened of the vaccine. They do seem a bit scared about it.

"It's probably a bit of fake news, a bit of hysteria, but also certain ethnicities aswell. Quite a lot of people are quite frightened of it."

John White, 56, is also fully jabbed, but thinks there may be obstacles in terms of getting the correct messaging across in different languages.

"The language barrier probably is a problem.

Despite the worrying figures, several younger people here are being vaccinated though.

23-year-old Sureksa Batel is one of 183 people aged 20-24 in Harehills South to have received both jabs, but admits those numbers need to be far higher.

"It's quite surprising to me," she says. "I have taken two doses.

"The low uptake makes me feel quite unsafe. It’s very important for us all [to get the vaccine].

"We should guide people and tell them the importance of the free vaccine."

Two months ago, longstanding local councillor Arif Hussain told LeedsLive he was optimistic the number of people getting vaccinated in Harehills South would rise.

"I am sure that the numbers will go up in the coming weeks," he said in August.

His prediction appears to be wide of the mark.

LeedsLive has attempted to contact all three local councillors and Leeds City Council to ask why the uptake in Harehills is so low and what measures are being taken to reverse this trend.

They had not responded at the time of publication.

The information in this article, taken from the government's coronavirus dashboard, was correct as of October 7, 2021. The vaccination figures are for all eligible people, aged 12 and above.