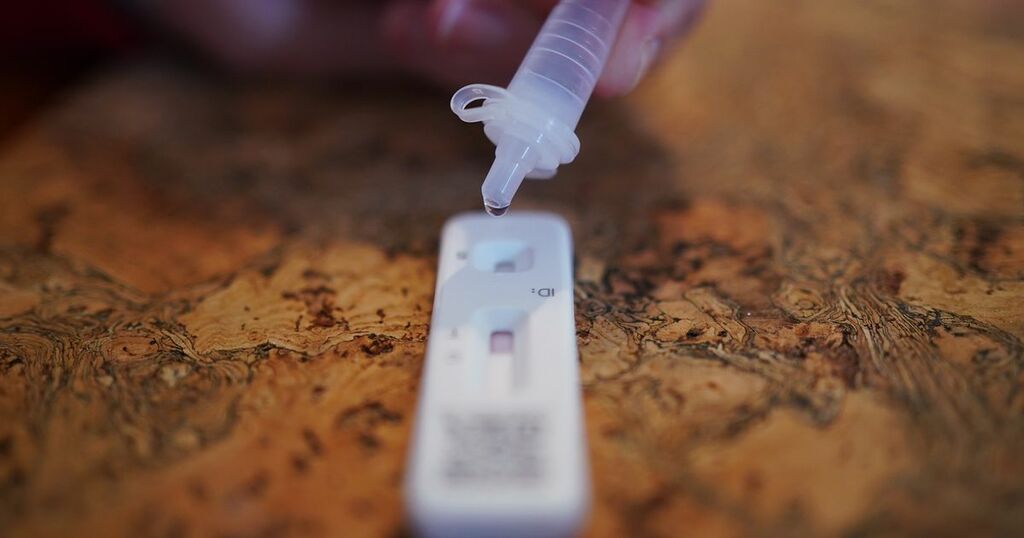 The minimum number of days people with coronavirus have to spend in self-isolation in England has been cut from seven to five, the health secretary has announced.

Sajid Javid told MPs in the House of Commons that, from Monday, people will be allowed to leave isolation at the start of day six if they have had two negative lateral flow test results 24 hours apart.

In December, the government made the decision to cut the isolation period from 10 days to seven using the same testing rules.

Now, they have gone a step further.

When the previous change was made, the UK Health Security Agency published data around how likely people are to still be infectious at different stages of their Covid isolation.

The health secretary told MPs today that this key data had also been used in the decision to cut the isolation period down even further.

Mr Javid told the Commons: “UKHSA data shows that around two-thirds of positive cases are no longer infectious by the end of day five and we want to use the testing capacity that we’ve built up to help these people leave isolation safely.

“After reviewing all of the evidence, we’ve made the decision to reduce the minimum self-isolation period to five full days in England."

The data from the UKHSA found that 31.4 per cent of people are still infectious with Covid-19 after five days of isolation.

The results for different isolation periods were:

The UKHSA report said that lateral flow tests have a sensitivity of "around 70 to 90 per cent" for detecting Covid-19 and outlined their effectiveness in ending the isolation period.

According to the report, the viral load of Covid-19 in an infected person peaks at the onset of symptoms and in the first five days - this is when a person is most infectious, the UKHSA said.

Transmission to other people occurs early on and is usually associated with this peak, the report said.

It said false negatives on a lateral flow decide usually occur one or two days prior to this peak - meaning lateral flows are more accurate in determining whether or not a person is infectious after this peak.

"After peak viral load, LFD tests were significantly more likely to predict a positive culture than PCR, supporting their use in ending isolation."

The report notes that the data does not include cases Omicron and it is currently not known whether the characteristics of viral shedding differ with the new variant.

The rule change will allow people to leave isolation after five full days of isolation - only if they have reported two negative lateral flow test results 24 hours apart.

So, this data suggests the new rules will only allow around two-thirds of people isolating to leave early.

People who are still infectious after day five - thought to be around 31 per cent, according to the data - will have to stay in isolation until they are no longer infectious.

According to the Department of Health: "The first test must be taken no earlier than day 5 of the self-isolation period, and the second must be taken the following day. If an individual is positive on day 5, then a negative test is required on day 6 and day 7 to release from isolation.

"It is essential that two negative lateral flow tests are taken on consecutive days and reported before individuals return to their job or education, if leaving self-isolation earlier than the full 10 day period.

Mr Javid said testing capacity was being expanded so that people would be able to use lateral flow devices to end their isolation.

He said 400 million tests would be available in January

“These two tests are critical to these balanced and proportionate plans, and I’d urge everyone to take advantage of the capacity we have built up in tests so we can restore the freedoms to this country while we’re keeping everyone safe," he said.