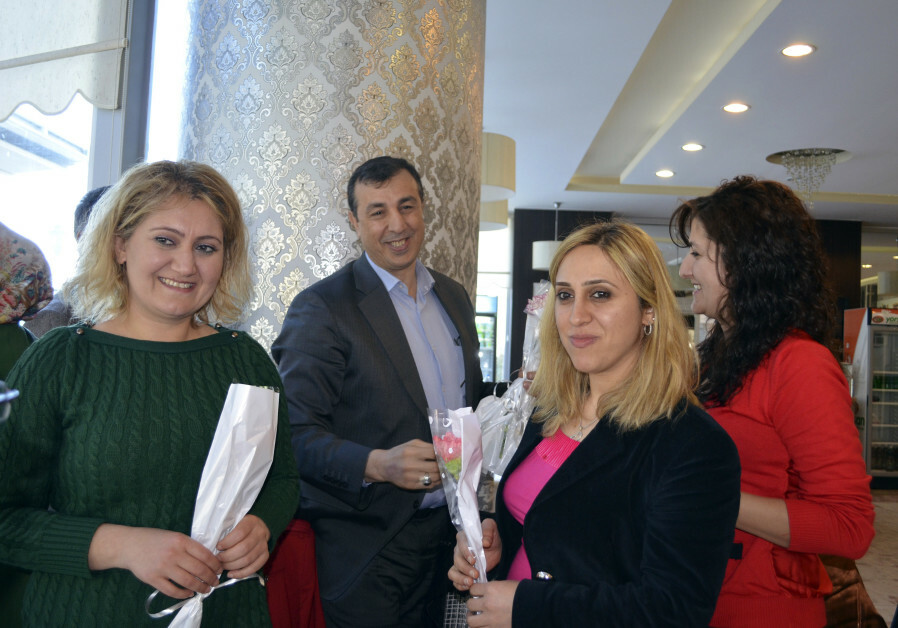 How a Kurdish mayor pushed for tolerance in Turkey
Now in exile after being persecuted by Ankara, Abdullah Demirbas has propelled a vision of coexistence in Turkey that includes…

Ankara could block the pair from joining the US-led military alliance, with unanimous agreement needed on new members.

Roza Kurdo and her mum scaped savage mass killings in Iraqi Kurdistan and sought a better life in Britain. She… 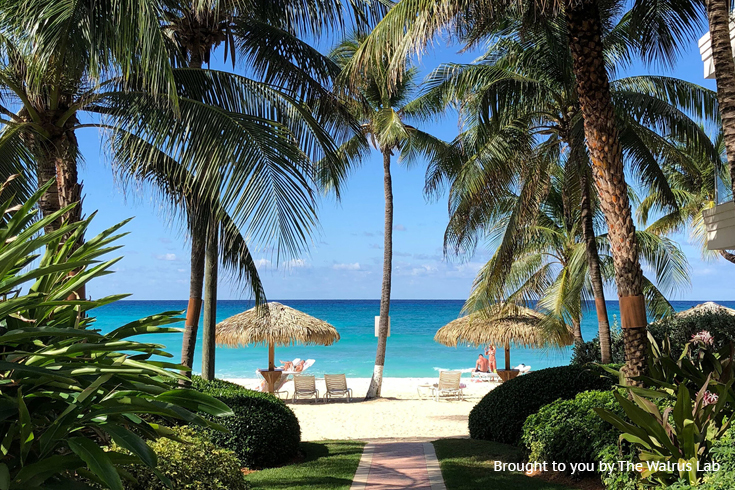 The Iran-Turkey fight over energy, which brought the IRGC and PKK together

A new alliance has been formed between Iran and the Kurdish Workers Party (PKK) in Iraq to undermine the Turkish-Kurdish energy partnership.

The Pentagon’s Defense Intelligence Agency (DIA) has reported that the Iran-sponsored Shia militias in Iraq collaborated with the PKK to target the Turkish military Siri base in the Amedi district, north of Duhok in the Kurdistan region. Mehdi Taeb, commander of the Ammar Headquarters (the brother of Hossein Taeb, the head of the Islamic Revolutionary Guards Corps (IRGC)’s Intelligence Organization), confirmed the DIA report, saying that the IRGC coordinated the attack.

Iran’s alliance with terror groups, such as Hezbollah, Hashd Shaabi, and Houthis, to wage asymmetrical warfare is well known. More secretive is the partnership between the IRGC and the PKK, a guerrilla insurgency that fights against Turkey to establish an independent Kurdish state.

The IRGC and the PKK have had a long, pragmatic history of collaboration against Turkey. Starting in 1984, Abdullah Ocalan, the leader of the PKK who hoped to establish a solid relationship with Iran, ordered his guerrilla troops to refrain from clashes with the Iranian forces on the borders. Moreover, the PKK has agreed that it would not support the Iranian Kurdish movement for the liberation of Iranian Kurdistan in exchange for the IRGC’s support of the PKK efforts against the Turks.

To please the theocratic regime in Iran, PKK senior leaders even mourned the death of Imam Husayn, the third Shia Imam, who was martyred in the Battle of Karbala, which drew harsh criticism from fellow Sunni Kurdish groups. Ocalan hoped that Iran would help in his goal of gaining greater political and cultural rights as a stage of securing an independent Kurdish state.

Iran had its own reasons for supporting the PKK. Initially, the Islamic regime in Iran viewed Turkey’s membership in NATO as a threat to its survival. The pro-western secular government in Ankara was seen as an ideological rival in the region. Iranians also believed that Turkey was siding with Saddam Hussein during his eight-year war with Iran even though the Turkish government publicly maintained the policy of neutrality. The 1983 security agreement between Turkey and Saddam Hussein disappointed Iranians and resulted in the IRGC’s aiding the PKK.

Furthermore, the regime believed that Turkey supported the 22 million Turkish-speaking Iranian Azeris in gaining self-determination, fueling its anxiety over the ever-present danger of secessionism. According to Iranians, the independence-seeking groups such as the Pan-Turkist Azerbaijan National Resistance Organization (ANRO), which advocates separatism for the Iranian Azerbaijanis, have been aided by Ankara.

In response, Iran has provided military and logistic support to the PKK to destabilize Turkey. Collaborating with the PKK has enabled Iran to collect intelligence inside Turkey.

Numerous PKK senior leaders have secretly visited Iran and met with the Revolutionary Guards officials. Cemîl Bayik, one of the senior leaders of the PKK known for good ties with the Revolutionary Guards. Osman Öcelan, brother of Abdullah Ocelan, who had strong personal relations with the Guards, played a significant role in securing the IRGC’s support for the guerrillas. In 1990, after he visited Iran and met with the Guards officials, the IRGC started to aid, train and arm PKK fighters, and provided them with a safe haven, health assistance, and facility camps inside Iran’s territory.

In 1992 alone, approximately 800 PKK fighters were trained by the Revolutionary Guards in 20 camps established inside Iran. Back in 1986, when the Kurdish government in Northern Iraq tried to expel PKK guerillas from Northern Iraq because of the Turkish military attacks, the IRGC provided them with a safe haven. According to intelligence reports, by the end of 1997, the IRGC hosted 7000 PKK fighters inside the Iranian territory.

In 1999, when Ocalan was captured, thousands of PKK guerrillas passed through Iran to reach Qandil Mountain, the PKK’s main stronghold in northern Iraq. Part of the Qandil Mountains is located inside Iran and PKK’s high ranks settled on the Iranian side of the mountain. Even when Iran ostensibly joined Turkey’s operations against the PKK guerrillas, its contribution was very limited to small-scale operations on the border.

In recent years, the partnership has entered a new phase. After the outbreak of the civil wars in Syria and Iraq, Turkey increased its military intervention there. The IRGC stepped up its aid to the PKK, which attacked the Turkish military bases in both countries. Since 2020, Turkey has launched three major operations in Iraq (Claw Tiger, Claw Eagle, and Claw-Lock) and established new outposts, observation networks and monitoring inside the Kurdistan Region. Iran views the Turkish long-term military presence in its backyard as a threat to its policy of regional expansionism.

Of particular note is Turkey’s effort to strengthen political and economic ties with the Kurdish Regional Government (KRG) in accessing the Iraqi oil and gas in the northern part of the country. Tehran, ever vigilant about its dominance of the energy market, has viewed it as a threat.

Iran has vehemently opposed Turkish intervention in Iraq and sought to exert pressure on Turkey to leave. Iraj Masjedi, Iran’s former ambassador to Iraq, called on Ankara to withdraw its troops from Iraq. According to Masjedi, Turkey had no justification for intervening in Sinjar, “We reject [Turkish] military intervention in Iraq and Turkish forces should not pose a threat or violate Iraqi soil. The security of the Iraqi area should be maintained by Iraqi forces and [Kurdistan] Region forces in their area.”

Iranians believe that Turkey’s ultimate goal goes well beyond fighting the PKK. The regime is convinced that Ankara wants to control the oil and gas reserves in northern Iraq, which account for 30 percent of the country’s total resources. Iranian media recently revealed that the Barzani family in KRG had reached a 50-year agreement with Ankara to export oil and gas from northern Iraq to Turkey, and then to Israel and Europe. The agreement bypassed the Iraqi central government. Controlling the oil and gas fields in the north of Iraq would enable Turkey to gain more bargaining power over Iran in the energy market.

The war in Ukraine introduced a new urgency to the project. Iranian media corroborated the Kurdish officials’ statement to the effect that they can make up for the oil and gas shortfall in Europe, due to sanctions on Russian exports. Masrour Barzani told the Atlantic Council energy forum in Dubai that he is confident that Kurdistan could meet the world’s growing demand and Europe’s energy deficit due to Russia’s invasion of Ukraine and the subsequent sanctions targeting Moscow.

Clearly, KRG gas and oil export plans would hurt Iran’s status as a major regional energy producer. As the holder of the world’s second-largest gas reserves and with substantial spare oil production capacity, it hopes to replace Russian oil and gas for Europe when the nuclear-related sanctions are lifted. It is doubtful that Iran would allow Turkey to import oil and gas from Iraqi Kurdistan.

The alliance of the PKK and the IRGC through its proxies in Iraq is a clear manifestation of Iran’s strong resolve to undermine the Turkish-Kurdish energy plans. To this effect, the PKK leader Cemîl Bayik has recently sent an explicit message to the Turks and KRG leaders that “they would not allow Turkey to smuggle Kurdish oil and gas to Europe.” From the perspective of the Iranians, the alliance with the PKK in Iraq is an inexpensive way to bring all of KRG-Turkey’s energy dreams to an end.

The writer is a senior fellow at the Philos Project.

How a Kurdish mayor pushed for tolerance in Turkey
Now in exile after being persecuted by Ankara, Abdullah Demirbas has propelled a vision of coexistence in Turkey that includes…

Ankara could block the pair from joining the US-led military alliance, with unanimous agreement needed on new members.

Roza Kurdo and her mum scaped savage mass killings in Iraqi Kurdistan and sought a better life in Britain. She…