A taproom in Sneinton is celebrating one year at its new almost hidden location in unit 9 on Alfred Street. Liquid Light Brewery has relied on word of mouth and has grown a strong following among craft beer fans and those in the know.

The venue operates a working brewery and taproom but it will soon be collaborating with vegan food company, Mocky-D to offer plant-based burgers, hot dogs and Sunday roasts. The taproom was created by co-founder Thom Stone after he became interested in homebrewing and spent two years learning the trade at Totally Brewed on Clarke Road.

The brewery despite its off-the-beaten-track location has been a success with locals and word has spread quickly among craft-beer fans. Thom revealed the secret to his success as creating good quality beer.

"My ethos has always been to just make good quality beer. We always say if you brew it, they will come. We always try to make the best beer we can and improve constantly. We are very proud of our branding which suits our personalities well. We put a lot of passion into it and that attracts people", Thom said.

Thom started by brewing small batches before growing his business from there. They sold bottles through Magpie Brewery's Crafty warehouse and Bottleshop while building up a strong reputation. Then Covid hit and the beer industry changed.

"When I started homebrewing, I started to get good results from the local beer groups. I branched out into working for myself after being at Totally Brewed for two years learning the trade. I had a tiny kit in my shed while I got set up legally. We then sent off bottles to local bottle shops and bars and it grew from there."

"During Covid it was a complete shock to us and we didn't know what to do. Magpie was kind enough to let us continue selling our beer there as we were making it there at the time. We sold through their off license and also went to door to door with it. We even sold locally in milk bottles doing everything we could to keep selling our stock. We fell through the gaps when it came to funding as we didn't have our own premises. That's when we decided it was time to expand to ensure the security of the business," he explained.

The brewery entered the 2018 Indy Man Beer con 'Thirsty Games' against other companies. They went on to win which gave them the confidence to keep going. However, business was up and down due to Covid restrictions.

"Coming out of lockdown and opening here was a baptism by fire and we had to do a full table service which we hadn't done before. It got easier as restrictions lifted but is been a challenge though. Summer was very good but going into last winter, due to Omicron, we had so many plans that fell through. Christmas is classically the busiest time of the year due for breweries which was hard."

The business relied so far on word of mouth about the brewery which is hidden from view in a quiet retail park. Thom says their neighbours have been really supportive of the venture encouraging them to add outside seating. However, being a small brewery means that the team has had to get creative for funding and expansion.

"We did a crowd funder as we had issues getting equipment from China. There was a container shortage and costs went up overnight. The first crowd funder went mad and gave us the confidence that we had an audience. It was beyond our wildest dreams."

The team is hosting another round this week in order to add capacity to the brewery as they have noticed a shift in the industry towards cask beers post-lockdown. They are also adding Nottingham vegan-scene favourites, Mocky-D to the mix as their van will be parked in the venue serving their hot dogs, burgers and Sunday roast dinners to customers.

"We are having to turnover beer more quickly to get it out there to keep up with demand which is fantastic. We are desperate to increase capacity for another fermentation vessel which should improve regular brews and allow us to get our stuff out there."

As the business celebrates its first year at the new location, Thom is determined to start an indie brewery quarter in Sneinton and will be throwing a launch party with new beers.

"For our first year at the beginning of June, we will celebrate with three new special birthday beers released in cans that week. We are hoping to have a big old party down here," he said.

"A lot of other cities have little areas like this packed with tap houses and mini-breweries like Sheffield or Bristol. Nottingham has never really had that so it felt fractured. Sneinton has a strong scene here with great pubs nearby so we wanted to be a part of that. We want to see even more places down here that will create a little beer area in Sneinton, it's one of the reasons we chose to set up here." 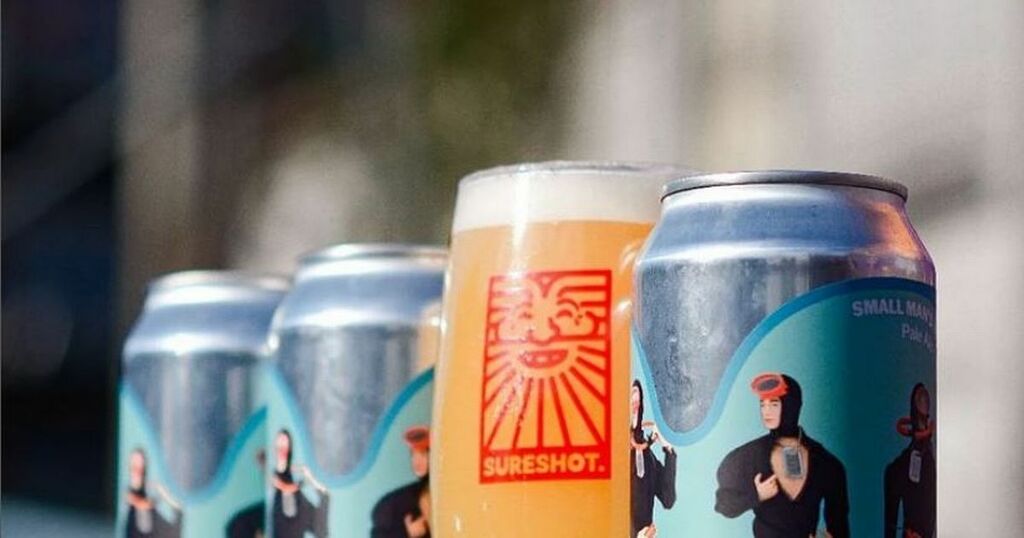 Manchester Evening News
One subscription that gives you access to news from hundreds of sites
Madri Excepcional, the new beer that is 'everywhere' in the UK, where has Madri come from?

Madri did not exist before the Covid-19 pandemic, in just 18 months it has been put behind more than 7,500…