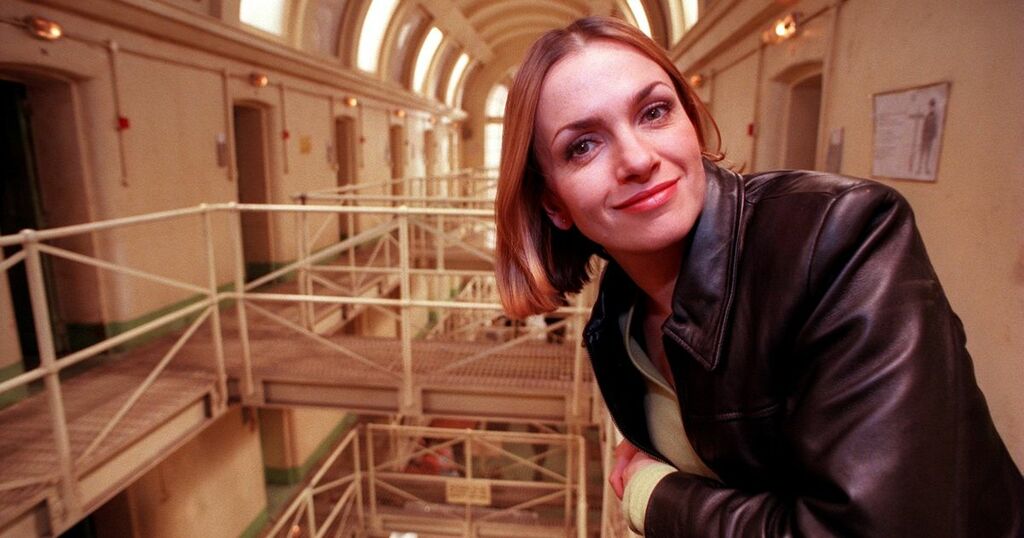 The parents of Eilidh Brown, who died at the age of just 15 from cancer, this week celebrated the opening…

The Lakers’ star doesn’t even hold back when playing against his son.

The Fratellis joined the family of Scots youngster Eilidh Brown to open a holiday respite home in her memory.

Eilidh was just 15 when she passed away in 2010 following a 14-month battle with cancer.

The Glasgow band helped fund the new centre by performing a raft of special charity shows and donating money from their cover of Yes Sir, I Can Boogie.

The group were on hand to help cut the ribbon on Monday afternoon, and the home young Eilidh dreamed of building for families in need of a break from the rigours of a cancer battle is now up and running.

The musicians are official patrons of charity The Eilidh Brown Memorial Fund, which was set up by Gordon and Nicole Brown, after their daughter passed away.

Eilidh was 14 when she collapsed on a school trip in February 2009.

A scan showed she had a tumour the size of a melon which was promptly removed along with her left ovary.

Throughout the year, Eilidh endured several major surgeries to remove various tumours as well countless hours of chemotherapy and radiotherapy.

Sadly, she passed away on March 25, 2010 after a 14-month battle with the disease, nine days short of her 16th birthday.

It became her dream to build a holiday home for children living with cancer, to spend quality time with their parents, siblings and wider family, in order to reconnect after the trauma of cancer treatment.

Gordon said: “Eilidh was older than most children around her when she was in Yorkhill receiving treatment so she kind of blanked any offers of entertainment or days out that were put her way, but one day Eilidh and us were invited to a day out for children at Christmas where the children were given Christmas presents.

“Eilidh was given a Wii console which was a big deal for all of us as we were relatively poor, Eilidh was blown away by this and it was then that she first said that when she got better she was determined to do as much as possible to help people going through what we were going through.

“At this time, as devastated as we were, we were fairly confident that after six months all would be good as Eilidh had a highly treatable form of cancer (germ cell, we were told it was 80-90 per cent full recovery) and it was from this day that we vowed to help others that needed it most.”

Nicole added: “There were times we thought it might not be possible – Covid held us up by around two years - but way before that after we raised £250,000 we thought we were good to build, however when we got our first costing through we discovered it would be well over £600,000. This was probably the toughest time.

"We were a bit embarrassed as we had told everybody, all our supporters, that we would be starting and we were miles off. We felt that it was not possible to reach that target and we had let our girl down again after failing to save her. We actually hid from people in the street and social media as we really did not know what we could do or say.

“The general public and support we continued to get together with us redoubling our efforts meant we got there.”

The Fratellis raised money by playing fundraiser shows for the charity in Stirling, and donated all income from their Scotland anthem Boogie, as well as a special Boogie Bundle edition of their album Half Drunk Under A Full Moon, to Eilidh’s Fund alongside two other charities.

Jon Fratelli said: “From the moment we were invited to become part of the family that is the Eilidh Brown Memorial Fund and to help make the dream of Eilidh’s respite home a reality, everyone involved and the cause itself has meant so much to us.

"Now that Eilidh’s dream has been realised, we are so happy to finally see the home that promises to offer something rare and precious for years to come.

"There’ll be more to do as there always is but just for a moment everyone who worked their heart out to realise this dream can take a breath and feel a sense of heartfelt pride that Eilidh’s respite home will soon offer young people and their families the precious space that Eilidh envisioned”.

Eilidh’s parents, her aunt, actress Simone Lahbib, and popular songwriter and actor Tom Urie, all of whom have been key supporters, joined the Fratellis at the launch.

Gordon added: “The house is now officially open for viewings, we will have some official open days and we will do our best to accommodate anybody who wants to see what we, our builder John Mcleod and our architect Ally Croll have built.

“We expect to take our first families in July and people will be either told about us through the hospitals they are receiving treatment or can contact us on our website and anyone who wants to donate can do so there too.”

The parents of Eilidh Brown, who died at the age of just 15 from cancer, this week celebrated the opening…