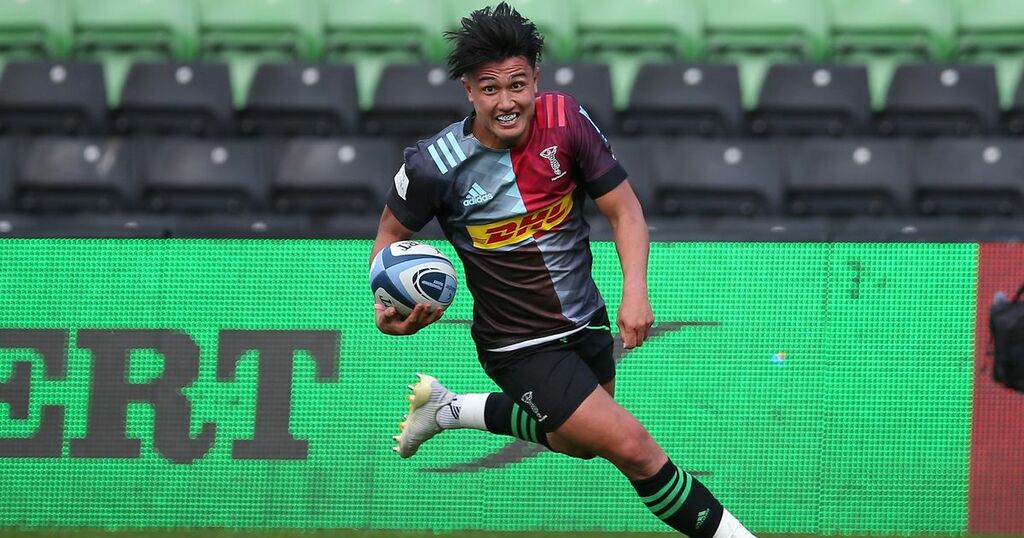 One can have too much of a good thing, which is precisely the response some have had after plans were unveiled on Tuesday to launch ‘World 12s’ in August 2022.

A 12-a-side spin-off with backing from major names like Steve Hansen, Jake White, Schalk Burger and Ugo Monye, there’s plenty to like about the idea of a new summer contest on paper.

Thirty-minute matches between drafted squads that, in theory, will feature some of the best rugby talents on the planet, as well as equal prize money distributed to men’s and women’s champions.

But the logistics of adding another competition to a calendar already considered to be congested by many could prove problematic, as might convincing World Rugby to give it the green light.

There are a myriad of hurdles to overcome before World 12s can be cleared as the newest fixture in rugby’s rotation, and Mirror Sport breaks down some of the more glaring issues…

The most pertinent question when it comes to adding any new commitments to a player’s workload is how it affects their existing contracts, whether that be with club or country.

World 12s is an entirely new tournament comprising teams that haven’t even been announced yet, and the timing in Europe’s summer is sure to put off many considering it falls during their pre-season.

Exeter Chiefs director Rob Baxter was among the first of the elite coaches to raise concerns with the new plans, telling BBC Sport: "The biggest thing that bothers me when these proposals are thrown around, and I don't mind saying it, is player discontent.

Do you think plans for a World 12s tournament should go ahead? Let us know in the comments section.

"Straight away from a managerial point of view if this goes ahead what's the outcome going to be?”

He went on to suggest the presumably big wages on offer could drive a wedge between clubs, unions and players who are tempted by the chance of another pay day.

"How does it fit in to any player's contract because most of them will be under contract for 12 months of the year,” Baxter added.

Convincing clubs in Europe to release players preparing for a new season will prove tricky, while those south of the equator have international commitments like the Rugby Championship.

The ambitious World 12s project was announced with emphasis on the notion it would comprise 192 of the best men’s players on the planet (eight teams made up of 24 players apiece).

In an effort to promote emerging talents, it’s a positive step that the rules also compel teams to recruit at least two players from Tier 2 nations, as well as one under-20 international.

But the cart has been put before the horse, so to speak, as it might have been more sensible to get permission from World Rugby and lock down some star attractions ahead of time.

Now, certain coaches, clubs and unions have time to assess and discuss the new project with their players, and one can bet some will be eager to convince their stars that it’s not for them.

While the vision for World 12s might have been a melee between rugby union’s elite, there’s a risk it will emerge as less of a star-studded cast and more of a bargain ensemble.

Speaking of drumming up interest in a brand-new format of the game, one has to ask whether there’s any real demand for the product.

Lodged somewhere between the full-sided code and rugby sevens, World 12s is shorter in match length with some appealing tweaks, but maybe not so much that it will attract fans in their hordes.

Modelled as rugby’s equivalent to The Hundred —a faster-paced cricket variant—many might agree the sport already has sufficient modes for supporters to choose from.

Exeter boss Baxter acknowledged the appetite for shorter-form cricket compared to the Test arena but suggested the same hunger isn’t there for rugby: "What are you creating?

With player welfare being of greater importance than ever, the introduction of another new competition could be seen as counter-intuitive when it comes to prioritising the health of athletes.

It’s been discussed at length that the annual rugby calendar is already too tightly packed between club and international fixtures, all the more so in the wake of the coronavirus pandemic.

More games means more injuries, particularly when World 12s was proposed as a potential stopgap at a point in the calendar when many players are either resting or gearing up for a new season.

Proposals included mention of players being restricted to 60 minutes of on-field action across three match weekends in order to manage workload.

However, a more condensed format could come with newfound injury risks of its own, with many sure to be more desperate to make an impact in a shorter amount of time.

Certain details surrounding the World 12s tournament are still rather vague, but London has been touted as a potential host for the inaugural edition next August.

But it’s been speculated the competition could go international with multiple host cities in time, so it’s just as well getting around the globe hasn’t been an issue over the past 18 months or so.

While the World 12s draft system is a nice idea in theory, it could further complicate matters given teams will be made up of players coming from all corners of the globe depending on who acquires their signature.

There’s no way to predict how the world will adapt to combatting Covid-19 and its impact on travel in the coming year, but it still feels somewhat premature for such plans to take place.