The famous people you didn't know were Welsh 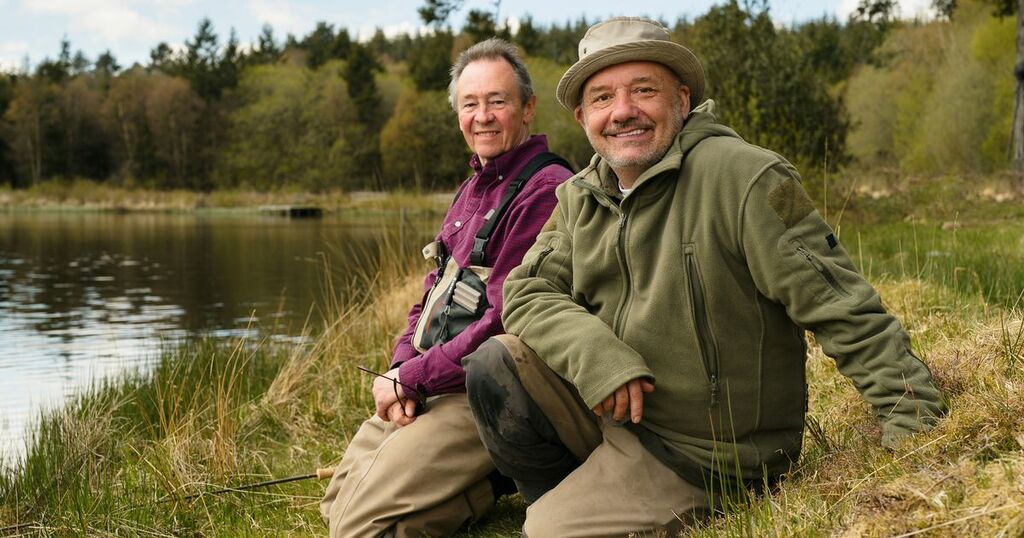 The Welsh are incredibly proud of their countrymen and women who go on to do very well.

And we love nothing more than seeing a famous person on telly, pointing to them and saying: "They're Welsh they are!" or "their gran/dad/12th cousin was from..."

Read more : 29 epic Welsh backdrops to Hollywood films and how movie tourists can find them

There are plenty of famous folk who have Welsh blood running through their veins that you probably didn't know about - and frankly more people need to know this about them.

Some are Welsh-born, while some have Welsh family connections...

Back in 2006 the Oscar-winning actor popped by Tondu, near Bridgend, as she took part in BBC Wales' Coming Home, which traces the roots of famous people back to Wales.

The actress visited the grave and also explored an old tin mine ruin, before heading to the Llynfi Arms pub for an evening.

Star of Mission Impossible and Top Gun, Cruise is actually called Thomas Cruise Mapother IV and is a descendant from a long line of Mapothers in Wales.

His great-great-grandfather, Dylan Henry Mapother, emigrated from Flintshire in 1850 at the age of 16.

Cruise revealed his Welsh roots on the TV show, Inside the Actor's Studio, back in 2006.

Born in Haverfordwest, Pembrokeshire, the Vice star doesn't sound remotely Welsh - see the reaction to his real accent when he won a Golden Globe in 2019, here - and he considers himself English.

He doesn't know what he's missing.

On a visit to the Hay Festival a decade ago the former Brat Packer and star of 911: Lone Star revealed that one of his great-grandfathers was Welsh.

The 57-year-old was sharing anecdotes from his long career which featured in the book Stories Only I Can Tell.

The Canadian comedy icon professed dryly in the 1988 film, Naked Gun, when offered a Cuban (cigar): "No, Dutch-Irish. My father was from Wales."

When the posh comedian and his father took part in Who Do You Think You Are? they discovered that his great-great-great-great-grandfather, Thomas Jones Phillips, was responsible for the arrest of pro-democracy campaigner John Frost.

Mr Frost was the leader of the Newport Rising, a group of chartists campaigning for universal suffrage in 1939.

Since the early days of Neighbours many Welsh people were confidently proclaiming that young Charlene Ramsey's family were from Maesteg.

They are! Her dad, Ron's family at least.

And one of her grandmothers, Millie Jones, who turned 101 last year, is also from Blaenau Ffestiniog

Half of the Oscar-nominated actress' family are from Wales and her Nans lived in Llandeilo and later, a care home in Pontardawe as she lived with Dementia.

The Promising Young Woman star is a passionate supporter of dementia support and research charities and has spoken at length about changing perceptions of the disease. You can read more, here.

Born in Holyhead where her dad was stationed at RAF Valley, Dawn is best known for her French & Saunders double act with long-time pal Jennifer Saunders and as Geraldine in The Vicar of Dibley.

A Rhondda Bonny Baby back in the 1950s, Fast Show and Harry Enfield comedian Paul was born in Stanleytown and his mam, Anita, was a singer with Welsh National Opera.

Miranda heartthrob Tom has now found fame around the globe with his role as the devil in Lucifer, which ended on Netflix earlier this year.

Born in Cardiff, the 42-year-old was married to EastEnders star Tamzin Outhwaite. The actor was also in EastEnders himself, as Dr Cousins, but they were never on screen at the same time.

Star of ET, Haunting For Hill House, Midnight Mass and The Haunting of Bly Manor, T homas told Lorraine Kelly back in 2018 that he'd been researching his family tree.

He said: "A few years ago I actually tracked down my DNA progression and found out a lot of information about the family I didn't know.

"Because we'd been in America a long time.

"Both my mother and father's family come from Wales - north and south."

Arrested Development star, Will, was here back in 2017 filming Show Dogs and revealed he had family in West Wales after he made a faux pas on the Jimmy Kimmel Show.

"Meant to say Wales is part of UK. Not England. Of course I know the diff," he wrote, adding "I love Wales."

Arnett added that he understood why so many of his Welsh fans had taken umbrage over his faux pas - which is as you'd expect from someone who has dual Canadian and American citizenship.

The King Kong actress lived with her grandparents for three years when she was a child in Llanfair PG.

Watts was born in Kent but spent a number of her childhood years on the island, where her grandparents lived, before moving to Australia, aged 14, with mum Myfanwy and brother Ben.

During her years on Anglesey, where she also learnt to speak Welsh fluently, she lived in both Llangefni and Llanfair PG.

The Call the Midwife star's mother, Ann Perkins, worked in the family bakery business - founded by grandfather Evan Perkins - and her father Fred was the village policeman.

Kidder played reporter Lois Lane in the Superman movies and surprised people in a Powys library when she turned up to research her family ties to the area.

The Canadian-American actress starred in the 1978 blockbuster film opposite Christopher Reeve.

She travelled to Powys back in 2015 from the USA to find out more about her ancestors.

Her investigation led her to Brecon Library where she found out her ancestors were farmers in Llanigon in the early 1850s before sailing to New York from Liverpool in 1854.

The Osmonds singer Donny - who along with his brothers became huge stars in the 1970s - came to Merthyr in 2005 to discover his family's Welsh roots, and succeeded in tracing his family tree back nearly 500 years.

He also discovered that his family did not flee Wales to avoid religious persecution, but because of the dangers of cholera.

A Hollywood icon, stand-up, vaudeville and adopted son of Barry (the town), Hope's mother Avis was born in the Welsh seaside town and his parents lived there with the family before emigrating to the US in 1908.

Hope starred in more than 50 films and kept up his links with the Welsh town, visiting back in the 1980s.