The famous people who have died in 2022 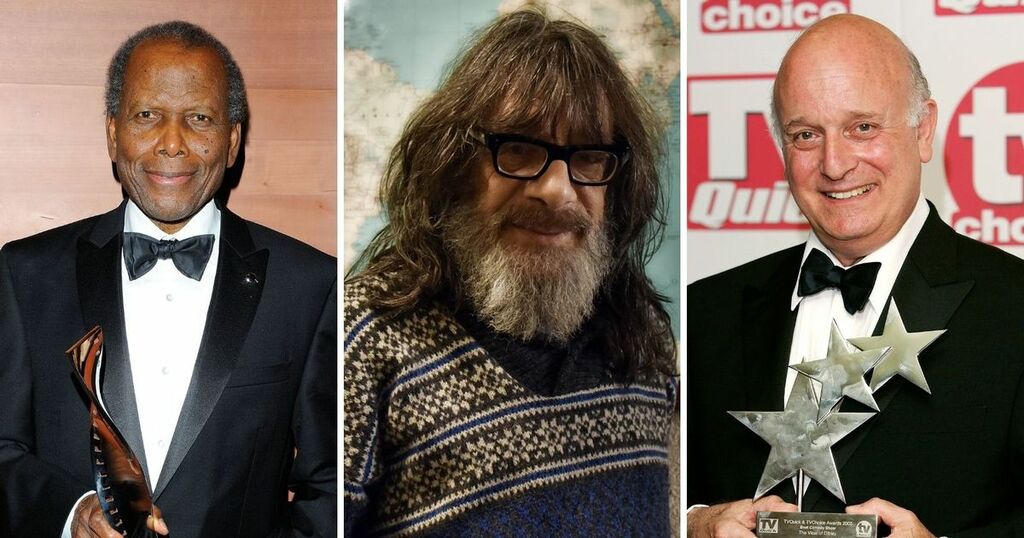 It is only the start of the year but we have once again said farewell to some famous faces.

Here we pay tribute to stars of TV, film, music, sport, and politics who have left us this year.

The 94-year-old's groundbreaking acting work in the 1950s and 60s paved the way for generations of Black film stars.

Born in Miami and raised in the Bahamas, he was the first Black winner of the best actor Oscar for Lilies of the Field and, along with Harry Belafonte, was a pioneering presence in mainstream Hollywood cinema.

After his death was announced in January Barack Obama posted a photograph of himself with the actor, writing: "Through his groundbreaking roles and singular talent Sidney Poitier epitomised dignity and grace, revealing the power of movies to bring us closer together. He also opened doors for a generation of actors.”

The American actor and comedian was remembered as a "sweet, kind, hilarious" friend and co-star by the cast of his sitcom Full House.

In a statement the TV family said they would now "grieve as a family" following his death at the age of 65.

"He was a brother to us guys, a father to us girls, and a friend to all of us," they wrote.

Saget was found unresponsive in his room at the Ritz-Carlton Hotel in Orlando, Florida.

He played Danny Tanner, a widowed father of three daughters, in Full House from 1987 to 1995 and reprised the role in 2016 when Netflix revived the programme for a further five seasons.

The singer and bass player with influential Cardiff rockers Budgie died aged 71 after a long illness.

The dad-of-four, whose music in the early '70s influenced rock legends from Iron Maiden and Metallica to Van Halen, had been suffering from Stickler syndrome, a genetic disorder that can cause serious vision, hearing, and joint problems.

In 2020 he revealed he'd been diagnosed with an aortic aneurysm – a dangerous and abnormal swelling of the main artery that supplies blood to the body – but had turned down surgery in case it caused irreparable spinal damage and left him bed-bound or in a wheelchair.

It was a similar heart condition that effectively ended his stage career in 2010 while on tour in Europe.

The Vicar of Dibley star died aged 78 in January.

He was best known for playing Councillor David Horton in the BBC TV sitcom alongside co-star Dawn French who played the vicar.

His son Josh said: "Classically trained, it was the theatre where he truly flourished and he leaves a legacy of entertainment that saw him frequent the boards of Broadway, the West End, and our living rooms on the telly.

"He leaves behind his two grandsons, Cooper and Bayley, and his son Josh. We will all miss him terribly." Read more tributes here.

The Ronettes star died at the age of 78 after a "brief battle" with cancer.

The legendary singer formed the girl group in 1957, with her sister Estelle Bennett and their cousin Nedra Talley.

She fronted the group, singing the lead vocals on many of their most famous songs, including Baby, I Love You, and Walking In The Rain.

Her family said: "Our beloved earth angel, Ronnie, peacefully left this world today after a brief battle with cancer. She was with family and in the arms of her husband, Jonathan [Greenfield].

"Ronnie lived her life with a twinkle in her eye, a spunky attitude, a wicked sense of humor and a smile on her face. She was filled with love and gratitude."

The US singer Meat Loaf, whose hits included Bat Out of Hell, died aged 74.

Born Marvin Lee Aday, he was famous for his powerful, wide-ranging voice and theatrical live shows.

His Bat Out of Hell trilogy sold more than 65 million albums worldwide, making it one of the best-selling albums in history.

A statement announcing his death said: "His amazing career spanned six decades that saw him sell over 100 million albums worldwide and star in over 65 movies, including Fight Club, Focus, Rocky Horror Picture Show and Wayne's World.

"Bat Out of Hell remains one of the top 10 selling albums of all time.

"We know how much he meant to so many of you and we truly appreciate all of the love and support as we move through this time of grief in losing such an inspiring artist and beautiful man.

"From his heart to your souls...don't ever stop rocking!"

To get the latest news from WalesOnline sent straight to your email inbox click here.