The fall of Prince Andrew – a timeline 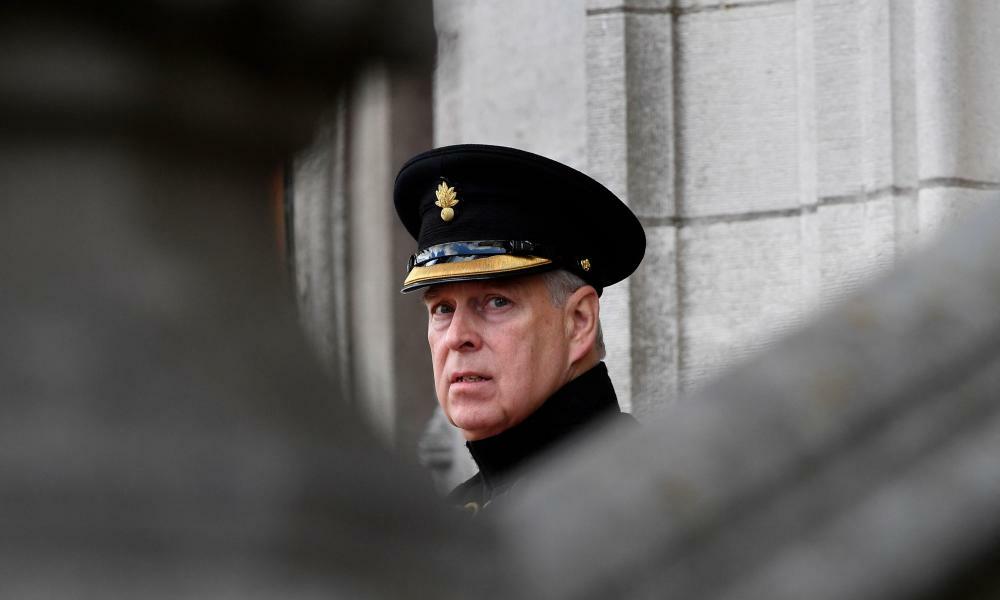 The stripping of Prince Andrew’s military roles and royal patronages marks a nadir for the Queen’s second son, since sexual assault accusations arose amid concern over his relationship with the convicted child sex offender Jeffrey Epstein. It’s a fall from grace for the 61-year-old, who was once second-in-line to the throne.

Prince Andrew is born at Buckingham Palace, becoming the first child born to a reigning monarch since Princess Beatrice to Queen Victoria.

The prince serves in the Falklands war, after Argentinian forces invade the British overseas territory in the south Atlantic. He served on HMS Invincible as a Sea King helicopter co-pilot.

Andrew is promoted to lieutenant, and the Queen makes him her personal aide-de-camp. He serves aboard HMS Brazen as a flight pilot until 1986.

Thousands line streets in central London as Andrew marries Sarah Ferguson at Westminster Abbey, and on the same day the Queen makes him Duke of York, Earl of Inverness and Baron Killyleagh. They have two daughters, Princess Beatrice, born in August 1988 and Princess Eugenie, born in March 1990.

He and the Duchess of York announce they are to separate. Divorce is finalised in May 1996, although the two remain close.

Andrew is reportedly introduced to Epstein, an investment banker and financier, through a mutual friend, Ghislaine Maxwell – the daughter of the late media tycoon Robert Maxwell. A photograph that comes to light during Maxwell’s 2021 trial for sex trafficking shows her and Epstein at the Queen’s Balmoral residence that year.

Epstein, Maxwell and Andrew are seen at Donald Trump’s Mar-a-Lago club in Florida. Later that year, Epstein and Maxwell attend a joint birthday party at Windsor Castle hosted by the Queen, and the prince throws a shooting weekend for Maxwell’s birthday.

The allegation has prompted a comprehensive denial from the Duke of York.

Andrew retires from the Royal Navy as commander. He was later given a promotion to rear admiral in 2010 and vice admiral in 2015.

The government appoints him as special representative for international trade and investment. He represents the UK at trade fairs and conferences around the world.

The prince visits Epstein in New York, after his release from prison for pleading guilty to prostituting minors. They are photographed walking through Central Park.

The Duchess of York is filmed by a tabloid reporter claiming the prince would meet a donor and pass on business contacts if she received £500,000.

Andrew quits his trade envoy role after a furore about him visiting Epstein in New York after he had been jailed for sexual offences. Ferguson also admits accepting money from Epstein to pay off debts.

Allegations that Andrew had sex with Giuffre emerge in court documents in Florida related to Epstein. They say she was forced to have sex with him when she was 17, which is under the age of consent under Florida law. Buckingham Palace denies the allegations.

Epstein is found dead in his jail cell after being re-arrested and charged with sex trafficking.

Andrew steps back from public duties “for the foreseeable future” after a disastrous BBC TV interview where he claims he could not have had sex with Giuffre because he was at home after a visit to Pizza Express in Woking, that her description of his dancing with her beforehand could not be true because he was unable to sweat and that he had “no recollection of ever meeting this lady”.

A New York judge rejects the prince’s attempts to throw out a sexual abuse civil lawsuit brought against him by Giuffre.

The Queen strips her son of a range of military affiliations and royal patronages after more than 150 veterans write to describe their “upset and anger”.