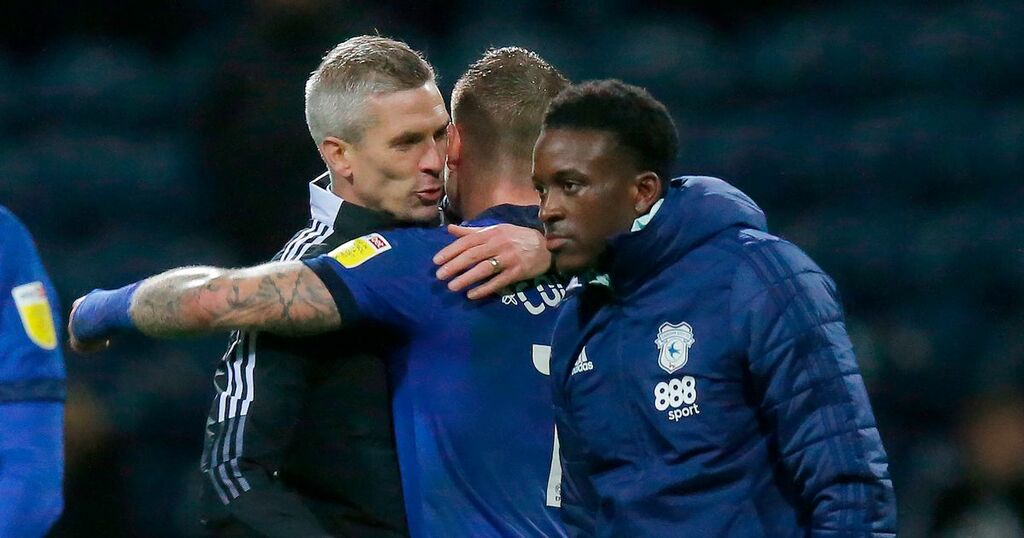 Steve Morison believes James Collins' match-winning contribution against Preston North End was the striker's just reward for how diligently he has worked behind the scenes following his move to Cardiff City.

The Republic of Ireland striker was signed on a free transfer in the summer, having enjoyed a successful spell with Luton Town.

However, after going 16 games without scoring and having suffered a broken thumb, it's fair to say life hasn't been all rosy since his move to the Welsh capital.

But up at Deepdale he was magnificent. He did everything you could ask of him in that second half and there was no one more deserving to pop up and score the winner, netting his first City goal in the process.

"Would he have lasted 90 minutes? I don't know," Morison said. "But he gave us a fantastic 45 minutes.

"The old adage, you work hard and you get your rewards. He worked really hard and he got his just rewards with a goal.

"Excellent from him and I'm really, really pleased.

"Lots of these players are confidence players. They play on that edge when they are confident.

"The way he performed in that second half, the first thing he did was a little Cruyff turn on the far side and laid it inside. From that moment you could see everything he was touching was really good.

"When he rose to head that ball in, it was a lovely goal. Hopefully there is more to come.

"It's no different to when Kieffer [Moore] got that goal against Stoke, next thing you know he's four in four for club and country.

For Collins, he felt the weight of expectation on his shoulders after a barren goal run, but he, too, hopes this winning goal can help kick-start his season in earnest.

"On a personal level for me, my own performances and goal ratio have been poor," Collins said after the match.

"I expect more from myself, first and foremost. I was brought to this club to score goals and no one will be a bigger critic of me than myself.

"I'm just delighted to get that weight off my shoulders. I've been desperate to score and have been working so hard on the training pitch and in games. And luckily my reward has come.

"Hopefully more will come now and I can get a good run going and kick on from now."

When asked whether the lack of goals had been playing on his mind, he replied: "Of course it does. Any striker who doesn't is probably lying because strikers are there to score goals.

"If you go so many games without scoring, especially when the team isn't winning, it has been playing on my mind. But I've stuck at it, worked hard and when that chance comes put it away, like today.

"To get three points on the road makes it more special."

Whether or not Collins gets a chance from the off on Wednesday night against Hull City remains to be seen, and likely hinges on the fitness of Kieffer Moore.

After the match, Morison provided an update on the Wales striker.

He said: "It was a choice between risking him today, off the back of what he did for Wales the other night, with a bit of a knock and possibly risk losing him for four, five, six games, or letting him miss today and have him back, ready to go. That's the plan."