The December Jobs Report Was Disappointing, But There’s Much More To The Story 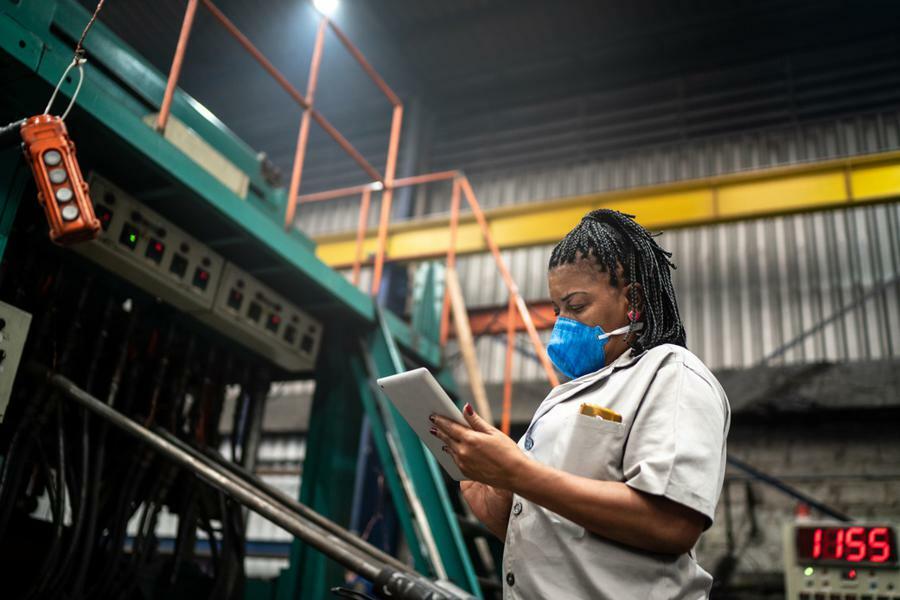 Experts and economists were expecting about 422,000 new jobs to be added in December, but the employment report came in at a disappointing 199,000, the United States Department of Labor reported Friday. While many people were discouraged with the substantial miss, compared to what was expected, there is more to the story.

The U.S. Bureau of Labor Statistics collected data up until around mid-December. Toward the end of the month, there was a massive surge in omicron-related Covid-19 cases across the country. This outbreak, which seemed to infect mostly everyone you know, may have skewed the numbers.

Instead of business as usual, the new virus outbreak instilled fear and concern. People lined up for blocks to get tested, in places like New York City—the initial epicenter of the Covid-19 outbreak and now, once again, at the heart of the spreading omicron variant.

A wide array of businesses, live events, public schools and colleges closed their doors. Airlines canceled flights and people put off travel plans. The holidays and New Year’s celebrations were much more muted compared to past seasons. There were large numbers of folks who self-quarantined and went to hospitals. These and other disruptions hurt businesses and most likely impeded job growth.

The chaos of companies calling for people to return to the office, only to then push back the timetables, caused problems for working parents, especially those whose kids’ schools went online. With fewer workers, restaurants, bars, clubs, stores and shops lost potential customers and business. Hiring during this uncertainty, particularly in customer-facing jobs, would understandably slow down. It's logical and rational for both employers and potential workers to wait out the storm and start hiring or searching for a job when there is more certainty and clarity.

The various strains of Covid-19 pushed people out of the labor market. For older workers, people with poor health conditions and other issues, it didn't make sense for them to take the risks of a job that could put them in harm's way. Baby Boomers, who’ve seen their net worth increase with the stock market and real estate boom, decided to take retirement rather than confront possible health risks. Others are sitting on the sideline, biding their time. Working mothers are once again placed in a tough position. It's difficult to find affordable child care, which prompts them to take leave of their jobs or hold off on the job search.

On the positive side, the unemployment rate improved more than expected to 3.9%—the best level since February 2020's half-century low of 3.5% before the pandemic. The labor market showed an impressive 12 consecutive months of job growth in December.

Julia Pollak, economist at jobs website ZipRecruiter, said about the jobs report, “The economy right now is in a good spot and is resilient enough to withstand this Covid surge.” Pollak added, “We just expect the year to bring a more moderate, sustainable pace of recovery and growth.” Also, looking forward, as competition for workers increases, employers need to increase wages, which is a good thing for workers.