The Controversy Over AOC’s ‘Tax The Rich’ Dress, Explained 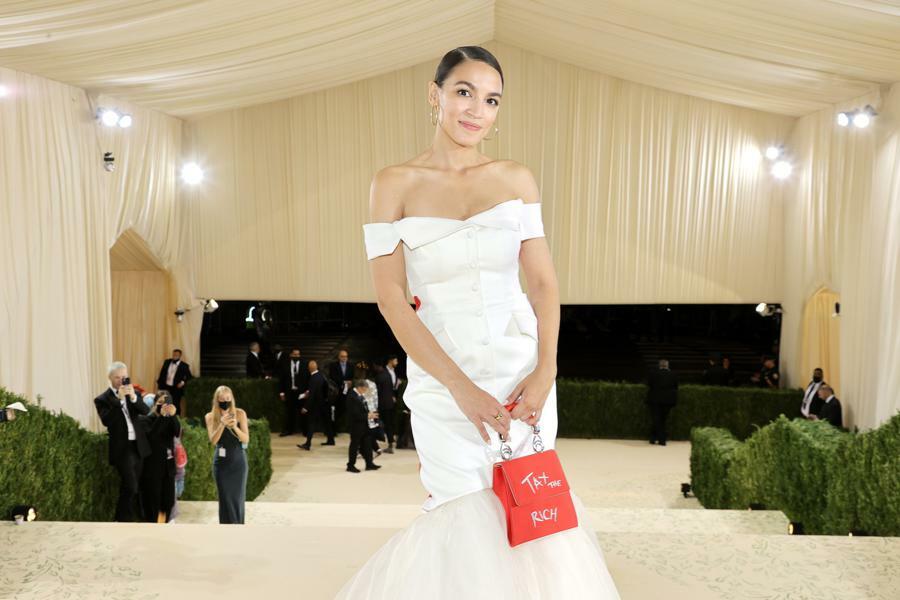 Celebrity politician Alexandria Ocasio-Cortez managed to steal the spotlight at the Met Gala, outshining many of the wealthy, powerful, and flamboyantly dressed guests with the words “Tax the Rich” scrawled across her pristine white dress.

The statement quickly sparked a controversy online, as AOC’s fans and detractors argued over the significance of the publicity stunt, temporarily uniting both right and left-wing commentators against AOC’s most loyal fans.

Some progressives seemed to feel as though AOC was mocking them, to some degree, by turning up to the Met Gala, an overwhelmingly opulent event of obscene wealth and privilege, wearing a half-hearted leftist slogan that none of the guests would care to pay serious attention to.

Conservative critics touted the dress as a sign of AOC’s perceived hypocrisy, evidence pointing toward a desire to join wealthy and powerful social circles while still enjoying the adulation of progressives.

They also cited the staggering cost of a Met Gala ticket, as well as the cost of the dress itself, to show the perceived distance between AOC and her supporters.

For her part, AOC stated that she wanted to bring “all classes” into the equality conversation, rather than keep the conversation between the middle and working class (I think we all know exactly how the wealthy feel about being taxed, but sure).

AOC fans hit back by explaining that AOC had been invited to attend the Gala for free, and that she didn’t have to pay for the dress either; both her dress and her attendance were little more than a publicity stunt.

Fans also cited a screenshot of Google analytics showing a massive spike in “tax the rich” Google searches, as evidence that AOC had managed to spread a positive, simple message just by attending a fancy party.

Perhaps the most revealing aspect of the whole controversy was how fiercely people responded to it; whatever you think of Ocasio-Cortez, it’s clear that internet dwellers spend far too much time thinking about her, and attaching too much significance to her every word and action.

In a strange way, AOC’s dress echoed the famous striped dress that went viral six years ago, which appeared white to some observers, and blue to others; it’s all a matter of perspective, and ultimately, insignificant.