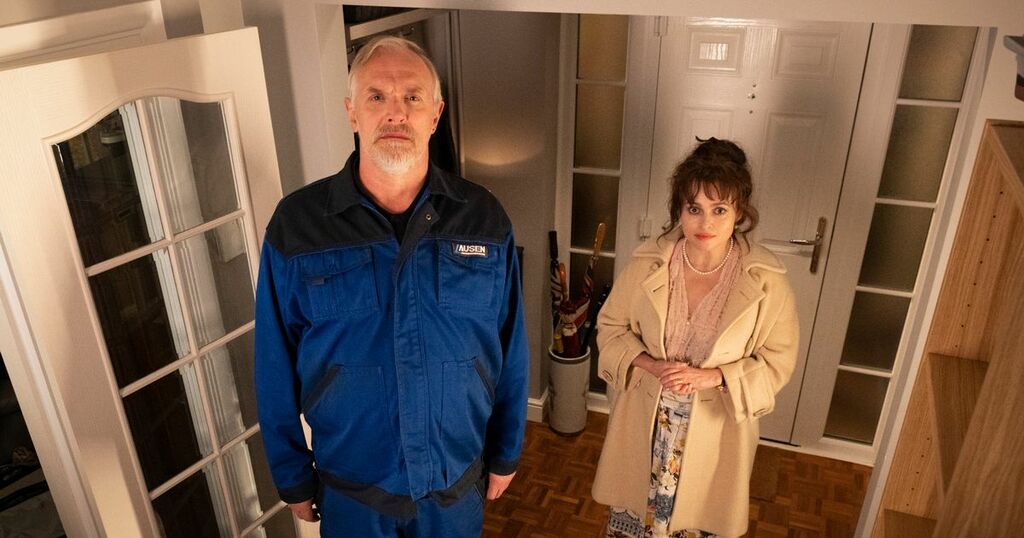 Helena Bonham Carter singing Sinatra’s It Had To Be You with Greg Davies while sitting on the loo is not what you expect to see on a Friday night. Or any night for that matter.

If you’re already a fan of Greg’s deadpan humour, it’s a dead cert you’ll like The Cleaner, which brings some wicked wit to our screens.

Think Inside No.9 with less of the sinister and more of the sarcasm. A comedy served medium-dark.

Greg has written and stars in the BBC1 comedy, based on a German TV show, which has an excellent cast of guest actors, including Stephanie Cole and David Mitchell, who are in their element as an aristocrat and a neurotic writer.

Helena Bonham Carter brings her scene-stealing magic to episode one.

Greg plays Wicky, who is called in after CSI to mop up any grisly remains. Obsessed with proving his credentials, he boasts that he can get dried blood out of a white woollen carpet and remove skull fragments from velvet.

Blood-soaked ceiling? Not a problem for this man. He’s a professional.

There are plenty of quotable one-liners here. Wicky turns up at a house in the well-to-do suburbs after a housewife snapped and stabbed her husband 38 times in the kitchen.

“What with? A combine harvester?” he complains, surveying the mess. “You only need five stabs. Anything else is showboating.”

He’s annoyed because it’s curry night at The White Horse and he doesn’t want to miss the naans.

In a neat plot device, each standalone episode sees Wicky visit a different crime scene, where he encounters different characters dealing with wildly different deaths and gets drawn into conversation with them. There’s a hint at a failed personal life too, but don’t expect anything to get too deep.

Helena as the murderous wife, now widow, is a perfectly eccentric and dishevelled sparring partner for Greg’s Wicky, as she sneaks in to collect a few things.

What ensues is a 20 minute polite, British hostage-kidnap situation – the ‘Would you mind awfully if I held you at gunpoint?’ sort of thing that all peaks with the bizarre Sinatra duet.

Some episodes hit the mark better than others, but Greg’s A-list cameo contact book elevates a unique format, and someone is clearly having a lot of fun dressing the crime scene sets.

Overall, it’s a welcome, slightly bloodstained addition to the Friday night telly schedules that will likely clean up in the ratings.