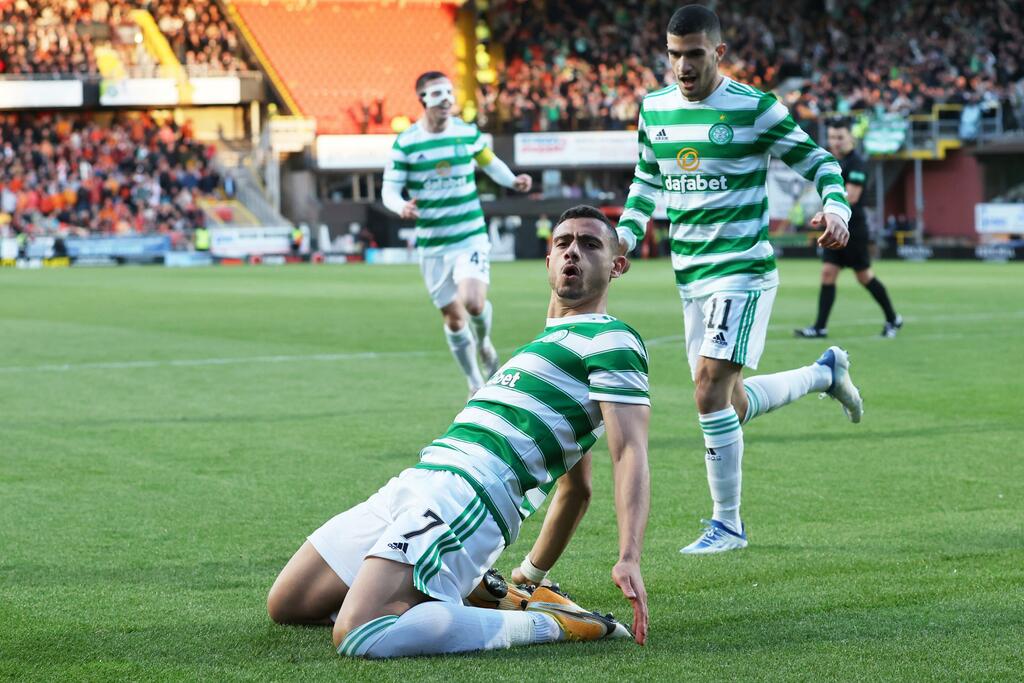 Celtic are champions as draw against Dundee United seals Premiership title for Ange Postecoglou's side
HE came. He saw. He conquered, mate.

It's party time for the men from Parkhead as the Australian masterminded title glory at the first attempt.

The Hoops have officially been crowned champions after a season they will never forget. 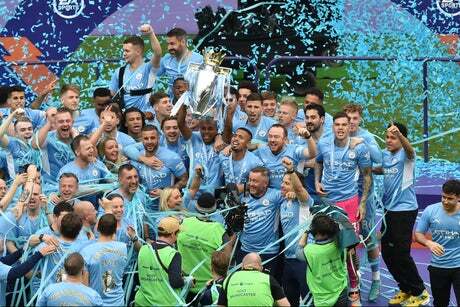 Evening Standard
Read news from The Economist, FT, Bloomberg and more, with one subscription
Learn More
David Moyes slams players for lack of ‘desire’ as West Ham miss out on Europa League

Celtic skipper Callum McGregor stood beside the Tannadice pitch with hurt written all over his face.

The place was deserted, the feeling one of emptiness.

After a decade of dominance, Celtic had lost their title following a dismal 0-0 draw with Dundee United, a result which summed up their season.

Right there, in March of last year, he said things would change.

As he celebrated on that same pitch last night, surrounded by jubilant team-mates and fans, the captain proved to be as good as his word.

On Saturday, the 28-year-old will hoist aloft the Premiership trophy to deliver on his promise.

McGregor said Celtic would come back stronger from the setback because that’s what champions do.

And that is exactly what they have done.

The trophy is back in Celtic’s hands for a 10th time in 11 seasons, with the skipper leading on the pitch as Ange Postecoglou has masterminded the entire success.

The Aussie wasn’t given a chance when he walked in the door 11 months ago but he took on this term’s task with the same determination and defiance as his captain.

From gloom, disappointment and frustration last summer to glory, elation and joy entering this one.

Last night’s trip to Tayside was a box-ticking exercise satisfied by Giorgos Giakoumakis’ 15th goal of the season, which provided the clinching point with one game to spare.

And it wasn’t just Celtic celebrating.

Dylan Levitt’s sixth goal of the campaign to equalise didn’t just deny the champions another win, it secured United’s return to Europe.

Tam Courts hasn’t had the same level of success as Postecoglou in his first season as a Premiership manager.

But in taking his club back into Europe for the first time in a decade, the Tannadice boss secured his own superb achievement.

It has been a tremendous effort from the Tangerines and, on the grandest scale, from Postecoglou.

Celtic have been relentless. A 31st game undefeated is the third longest top-flight run in 54 years.

They’ve been spectacular at times, sturdy in others. They are richly deserved winners.

This may not be a game that will live long in the memory but it’s an evening Postecoglou and his players will never forget.

McGregor led the celebrations with pumped fists when it was over, just as he had predicted.

Last March’s visit may not have gone to plan but Postecoglou’s team had already enjoyed two 3-0 Tannadice triumphs this term – one in the league, the other in the Scottish Cup.

Hoops fans packed into the place preparing to party. As expected, their team started with a fair amount of vigour and purpose. Anthony Ralston clipped over following a near-post corner routine involving James Forrest and Matt O’Riley.

Forrest also had a shot diverted over after Postecoglou changed his front three from Saturday’s 4-1 win over Hearts to start the winger, Liel Abada and Giakoumakis.

Reo Hatate was off target with a clear look from the edge of the box, his gaffer putting him back into the side at the expense of David Turnbull.

The Japanese midfielder, with four goals since his arrival in Glasgow in January, then picked the wrong option the next time he got sight of goal.

A wild slash over the bar from a Giakoumakis lay-off materialised when a square ball into Abada was the correct but ultimately ignored choice.

Understandably, United found it tough to get touches in advanced areas during the initial stages.

Courts had made double the number of changes his counterpart had, a chance for 16-year-old striker Rory MacLeod one of six. Although there was little at that stage for Joe Hart to contend with, the Terrors did stem some of the flow as the break neared to slow Celtic’s momentum.

Giakoumakis had to be told to calm down by both referee Nick Walsh and his skipper McGregor after losing his cool following an altercation with defender Ryan Edwards.

But the Greek was involved when the best chance his team got to break the deadlock arrived as the front three all got involved again.

Abada sprang Giakoumakis who raced free from a failed offside trap and attempted to centre a pass for Forrest to tuck away. To the frustration of the away fans, the ball was sent on its way with too much pace and out of reach of an attacker eyeing up a fifth goal of the campaign.

In fairness to United, they did finally get a look before Walsh signalled for the turnaround thanks to some lovely footwork from Archie Meekison. The 20-year-old switched the ball around swiftly to take aim but his strike was too high as it remained goalless.

Of course, that would be enough to seal the title but Celtic wanted to win.

Sure enough, they went in front in 53 minutes when Ralston hung an inviting cross up on the six-yard line.

This was service Giakoumakis devours and the striker rose to power a header beyond Benji Siegrist. Cue lift-off for the away support, with two goals now needed to deny them their night of celebration.

They had to take a deep breath when Nicky Clark shot high into the net after MacLeod had rifled one off Hart’s left-hand post.

Nearside assistant Calum Spence flagged the hitman for offside but it wasn’t the last time United would hit the frame as Tony Watt glanced a header against Hart’s other upright. The Hoops boss sent Jota on and the Portuguese almost finished matters with a dancing run from the left and strike to the near post, only for Siegrist to pull off a superb save.

That proved key for United as Levitt’s masterful strike ensured the passports will be looked out, his finish from outside the area leaving Hart well beaten.

Edwards almost headed a winner but this was enough to get both a prize. United enjoyed theirs but cleared the stage for Celtic, who got their hands on the biggest one. Just as McGregor said they would.

Celtic are champions as draw against Dundee United seals Premiership title for Ange Postecoglou's side
HE came. He saw. He conquered, mate.

It's party time for the men from Parkhead as the Australian masterminded title glory at the first attempt.

The Hoops have officially been crowned champions after a season they will never forget.