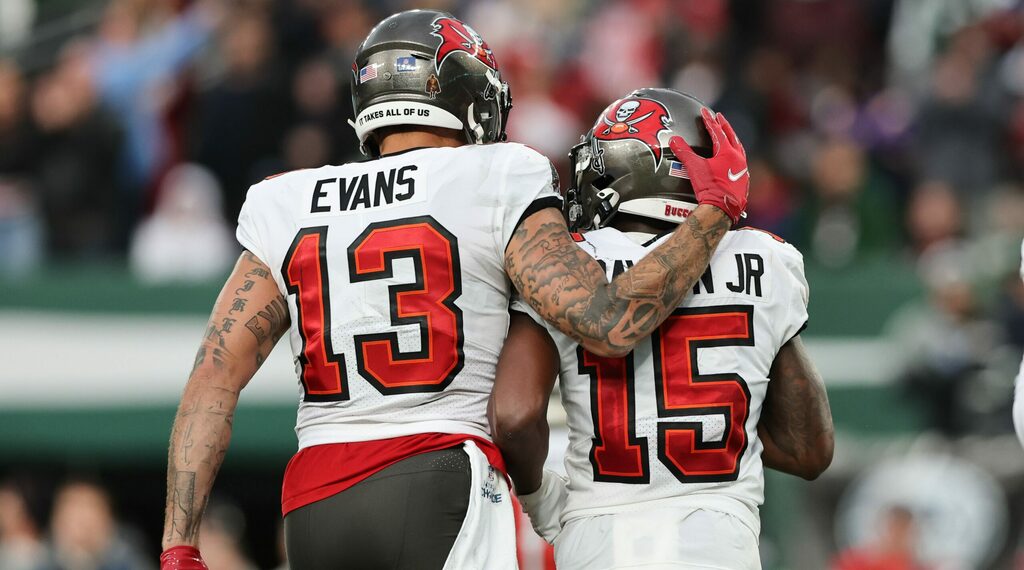 Every week, at least one player becomes my fascination of whether he’s worthy of a fantasy football start or bench. The decision can be a mental wrestling match, but for the purpose of brevity, only one player can be chosen as the fantasy football gamble of the week.

In Week 17, Las Vegas Raiders tight end Foster Moreau was the man occupying this place, and he couldn’t have been a worse choice. He finished with a lone target, which was a nine-yard catch, against a top-three matchup for the position.

Good grief. That was easily my biggest whiff of the year, and it couldn’t have come at a worse time. I have not yet had a chance to watch every snap of that game, but I’ll go through it soon to see if I can extract anything beneficial from such an egregious miss.

With one week to go, the best I can do is get back to .500 in the accuracy column, but it’s not a total loss even if I finish 8-10, because it is, after all, an article series about gambles and not weekly lineup locks.

In the three games in which Grayson was utilized this season, he has been highly efficient. Week 8, vs. New Orleans, Grayson took his lone target 50 yards for a touchdown.

In the most recent couple of games, the largely inexperienced receiver has capitalized on a bevy of injuries (and antics) that have opened the door for a larger role. In that time, Grayson caught nine of 11 targets for exactly 81 yards in each contest, scoring the game-winning TD vs. the New York Jets last week.

That’s 12 total targets, 10 catches, 212 yards and a pair of scores in three appearances this year … it’s tough to ignore that kind of efficiency. On one hand, it makes him a tremendously risky recommendation, simply because of the potential for limited involvement, but if he does get his hands on the ball, Grayson has shown to be electric.

Given all of the injuries and the dismissal of Antonio Brown, Grayson should maintain more than enough involvement to make a difference in Week 18 lineups. He was looked to eight times in Week 17, partly because the Jets were ahead the entire game until the last moments. The 5-foot-9, 183-pounder from LSU should garner at least five or six targets vs. Atlanta. If the Falcons manage to replicate the scoring success of Gang Green from a week ago, that number could reasonably climb to 10.

Even if he doesn’t find the end zone, there’s a decent shot at racking up enough volume and yardage to get into double-digit scoring in point-per-reception settings. The Falcons have given up the sixth-most grabs to the position in the 2021 season, and this is the 12th-easiest team to score against from an efficiency perspective. That’s slightly deceiving since this team has given up so many catches, but the raw number is 18 touchdowns in 16 games played. Twenty-two times a receiver has scored at least 10 PPR points against the Falcons this season, and half of those performances generated at least 16 points.

Grayson can lineup inside and out, having spent just under 27 percent of his season snaps playing from the slot. He will see single coverage almost every single play, and it never hurts having that Tom Brady guy chucking the ball one’s direction.