‘The Batman’ Gets The Same MPA Rating As ‘Batman Returns’ 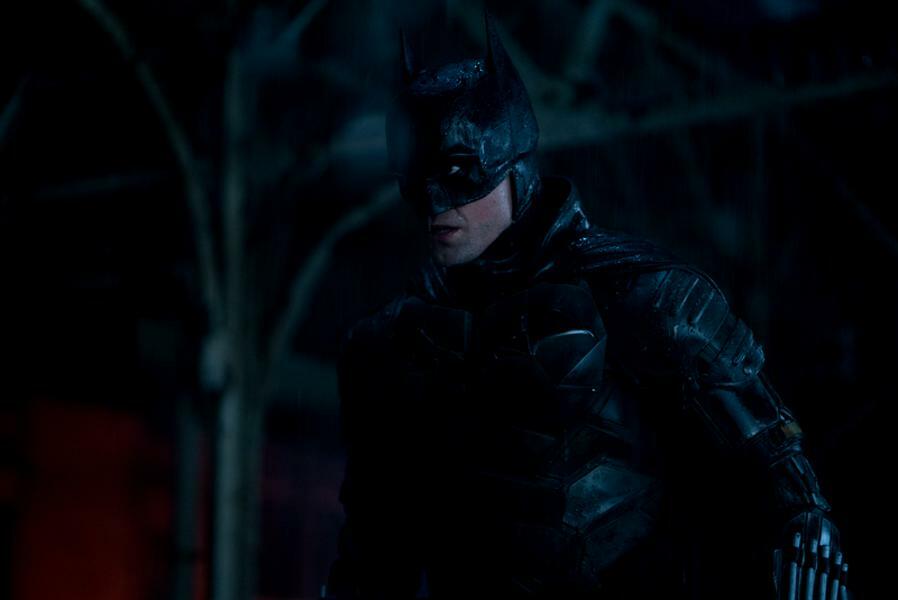 I guess this means Matt Reeves’ The Batman is more-or-less complete. The film has earned a PG-13 from the MPA, for “strong violent and disturbing content, drug content, strong language, and some suggestive material.” The “suggestive material” implies that there may be some heavy petting between Robert Pattinson’s Batman and Zoe Kravitz’s Catwoman, but otherwise this is par for the course. This was never going to be an R-rated movie, especially after Birds of Prey and The Suicide Squad flamed out. Batman is one of Warner Bros.’ crown jewels, and behind him sits a merchandising empire which is predicated on kids being to see the movie in theaters with or without a parental guardian. The irony is that this film could go hard in terms of sex and violence with almost none of the outcry that greeted Tim Burton’s Batman Returns 30 years ago this summer.

Batman Returns opened in June of 1992 with a then-record $47 million opening weekend, displacing Batman’s $43 million launch in June of 1989. Despite generally positive reviews, plenty of pre-release critics liked it better than the first film, the macabre, kinky and graphically violent grimdark fairy tale outraged parents who were appalled that the superhero movie marketed via McDonalds Happy Meals was making their tykes cry. The film dropped a then-large 48% in weekend two and was done in six weeks. It invented the “quick kill blockbuster” by opening so large that even a lightning-fast descent still qualified ($162 million domestic and $266 million worldwide on a $75 million budget) as a big hit. Warner Bros. (and the media) freaked out. Cue Joel Schumacher and Val Kilmer’s Batman Forever which opened with $52 million in summer 1995 and earned $335 million global on a $100 million budget.

Batman was important in 1989 partially because it was a superhero movie that earned its PG-13, thanks to upfront sexuality between Michael Keaton and Kim Basinger and spectacular violence courtesy of its “kill everyone just for the hell of it” Joker (Jack Nicholson). Batman was the first PG-13 blockbuster, just one way in which its $251 million domestic/$411 million worldwide gross changed Hollywood forever. Yet Burton traded hardboiled crime violence for fairy tale carnage and parents revolted. The Joker killing dozens (hundreds?) of Gothamites in a variety of ways (shootings, explosion, poisoning, etc.) was fine, but heaven forbid Danny DeVito’s grotesque Penguin bite a guy’s nose while making lewd innuendos to and about Michelle Pfeiffer’s Catwoman. Batman Forever came to personify the “new” PG-13, which allowed unlimited bloodless violence but little gore, less intensity and almost no adult eroticism.

30 years later, Matt Reeves’ The Batman, which pits a novice (but not rookie) Dark Knight against Paul Dano’s Riddler and Colin Farrell’s Penguin, expected to go at least as hard as Chris Nolan’s cops-n-mobsters action epic The Dark Knight sans any outcry. Moreover, even if it ended up with an R-rating, it would still have likely end up less grotesque than the ridiculously violent and gory Gotham, the blood-soaked and carnage-filled pre-Batman prequel series that aired on network television sans controversy for five years. A lot has changed in 30 years, and at least some of it is predicated on the notion that films seemingly based on kid-targeted properties must appeal to adults who don’t see actual grown-up cinema in theaters anymore. It’s a constant push-pull between age-appropriate fans and adults who won’t let go of their childhood toys.

Still, as Reeves proved with Dawn of the Planet of the Apes and War for the Planet of the Apes, you don’t need an R-rating to make a “grown up” action/fantasy blockbuster actioner. Those two critically acclaimed hits ($710 million worldwide and $491 million worldwide in 2014 and 2017) were among the most grimdark, hyperviolent and politically pessimistic blockbusters of our time, right alongside the Hunger Games movies (especially Mockingjay part II) which also held back just enough in terms onscreen carnage to win PG-13 ratings. In 2003, Bryan Singer had to very carefully edit Hugh Jackman’s onscreen Wolverine berserker rampage for X2. By 2016, a similar scene in X-Men: Apocalypse offered up plenty of onscreen slice-and-dice sans a single complaint. I’d argue once Peter Jackson offered up horror movie intensity and copious severed heads in The Lord of the Rings, the jig was up.

The likely difference in terms of real-world reaction to the two Batman movies 30 years apart, theoretical quality notwithstanding (I’ve liked every prior Matt Reeves flick), is a testament to how little such culture conversations resonate in the mainstream in 2022 versus 1992, as well as how fractured our mass media has become to the point where the far more violent Jurassic World can earn $1.67 billion in 2015 with a fraction of the “Is this too scary for kids?” handwringing that greeted Jurassic Park in 1993. Michael Keaton’s return in The Flash and Danny Elfman scoring Justice League are now seen as examples of making DC Films family-friendly. We now have a PG-13 superhero movie centered on Batman which is seemingly fashioned on David Fincher’s Se7en and Zodiac with the loudest voices likely to be the ones arguing that it should have gone for an R-rating.