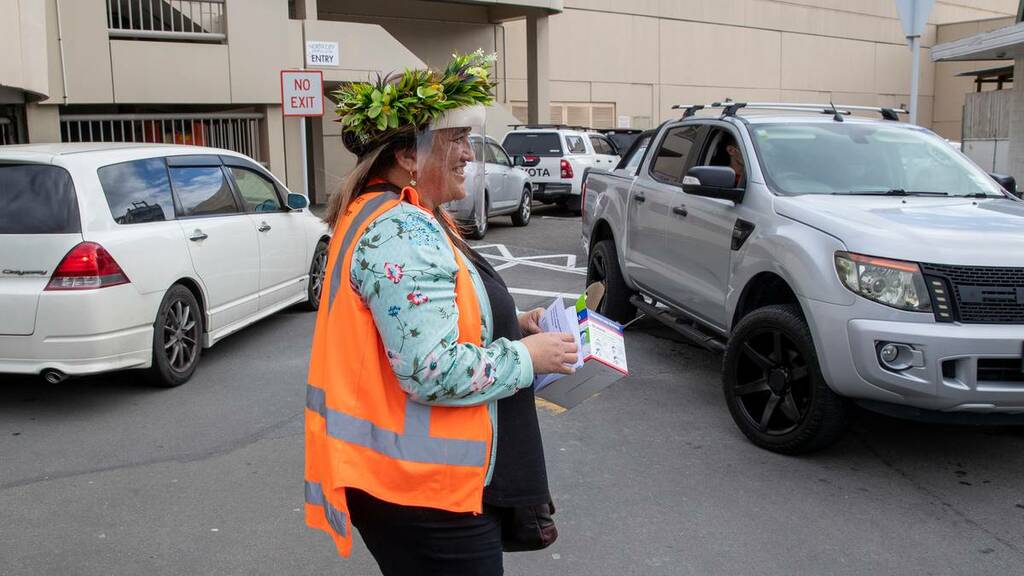 A Super Saturday event is aiming to vaccinate hundreds of Pasifika youth in "the heart of Porirua" this weekend.

With free gaming, barber cuts, food and craft stalls, the 'Do it for the East' Pasifika Youth vaccination event kicks off at 9am in Cannon's Creek Cage, Porirua.

In Porirua, Cannons Creek and parts of Waitangirua also had less than 70 per cent first dose coverage, while the rest of the region was above 70 per cent.

For Porirua as a whole, 82 per cent of people had had their first dose as at Sunday, October 10.

Young residents of Porirua East, Jaistone Finau and Brenda Leasi, are part of the organising committee responsible for the event, and say the stats showed many younger people were unvaccinated.

"With the stats that came out for the groups that are low in vaccination, it's predominantly our age group – the 12 – 39," Leasi said.

"Just reflective of those numbers, if there was a community outbreak in our community I don't think the community would be able to look after itself in that capacity, we don't have the resources to.

"But if we tackle it early, rather than being the ambulance at the end of the cliff we can take that step to prevent at the prevention stage."

She said stationing the festival at the "heart of Porirua", at Cannon's Creek Cage on Saturday, would hopefully make the event accessible for young people.

"There are stationed medical centres and vaccination clinics in the community, but one thing that does work for our Pacific community is when we go to them.

"We thought we'd have an event location which is central to everyone and in walking distance, which is our Cannon's creek Cage – a familiar ground for all of our families."

"And one of the things we do well as Pacific people is we're able to congregate communally ... so we thought we had to have things that were familiar to our peers."

With many young people not working on a Saturday, Leasi was hoping to get "hundreds" through the vaccination event.

Jaistone Finau, who is also president of the National Pacific Tertiary Students association, said the purpose of the event was to drive vaccinations by "demystifying" the experience.

"We have the medical professionals who have the expertise to talk about it rather than letting people fall into that void of misinformation."

He said it was important to engage directly and respectfully with people who were vaccine hesitant.

"People don't like to be talked down to or to be made guilty or made the scapegoats.

"When you're around people with strong views, rather than just dismiss them, you have to actually talk to them and engage with them at the same level, and talk through it."

Finau had found the best way to convince someone to be vaccinated was to talk one-on-one in a safe space.

He also said it was sometimes useful to look at vaccines as a way of preserving Pacific culture.

"If you look recently at the measles epidemic but also if we look back at some of our history, at the pandemic in 1918, over our history we have not dealt well with infectious diseases.

"One of the things I would say is to consider the people from our land from many years ago, that never had the chance to be able to see the fruits of their labour - we lost generations of people, we lost parts of our culture."

"Those are the sort of things I ask them to reflect on – that we have the chance to make sure we future-proof our future and see the fruits of our labour."

People were more likely to listen to people they knew and trusted, Finau said, which was easy in the "tight-knit" community of Cannon's Creek.

"Porirua's a pretty small place and Cannon's Creek is even smaller, and we're all pretty well connected.

'Do it for the East' Pasifika Youth Vax Event Festival runs from 9am – 5pm at Cannon's Creek Cage, (located behind the Cannons Creek Shops).