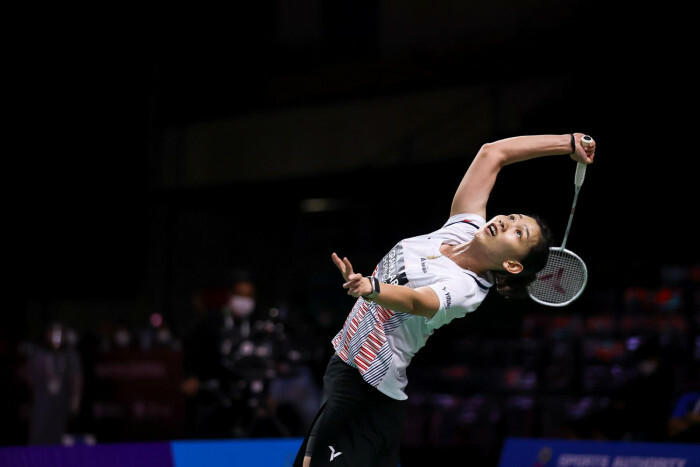 Thailand breezed past Spain 5-0 in their second Group B match to reach the quarter-finals of the Uber Cup in Aarhus, Denmark, on Tuesday.

It was Thailand's second win in as many matches after defeating Scotland 5-0 in their opener of the BWF world women's team championship.

Without their top player Carolina Marin, Spain were no match for the Thais.

She may play against India to gain match fitness ahead of the quarter-finals.

Thailand finished second after losing to Japan in the final of the previous tournament in 2018 for their best ever Uber Cup result.

The ongoing edition was postponed from last year due to the Covid-19 pandemic.

In the Thomas Cup at the same venue, Thailand lost 3-2 to Indonesia in their second Group A match on Monday.

Thailand, who defeated Taiwan in their opening group match, will need a win over Bulgaria today to stand a chance of reaching the quarter-finals.