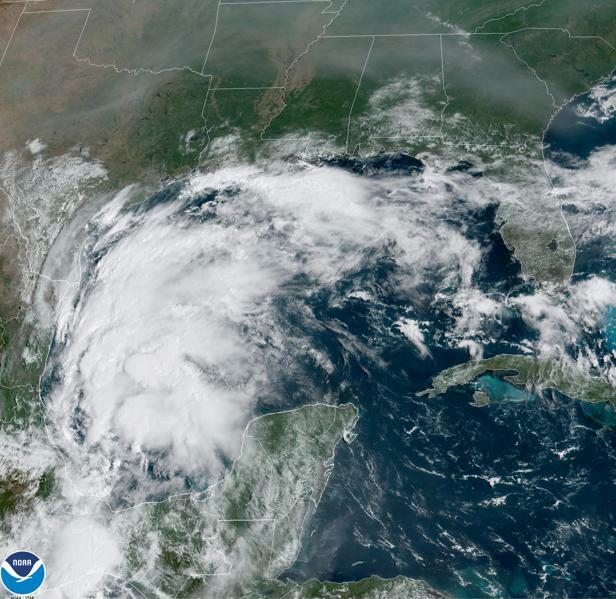 Tropical Storm Nicholas could make landfall in Texas as a hurricane and bring heavy rain and potentially life-threatening flooding to parts of Mexico, Texas and Louisiana as it strengthens on its way towards the Gulf Coast, the National Hurricane Center warned Monday.

Nicholas has sustained winds of up to 60 mph as of Monday morning, the NHC said, but the agency warned the storm is expected to strengthen on Monday.

It is forecast to approach the Texas coast with tropical storm strength on Monday, the NHC said, but may be “near hurricane intensity at landfall.”

Louisiana Gov. John Bel Edwards declared a state of emergency Sunday in response to the forecast and threats of flash floods, pointing to the ongoing effects of flooding in May and damage from hurricanes Laura and Ida.

“This tropical storm has the potential to disrupt some power restoration and recovery work currently underway,” Edwards said.

Tropical Storm Nicholas formed on Sunday as it approached the Gulf coast. Its predicted path over water leaves open the possibility of it strengthening before making landfall in the U.S., though many of the storm’s impacts like flooding and rain will happen well before (and continue after) any landfall. It comes on the heels of Hurricane Ida, which made landfall over Louisiana as a Category 4 hurricane in late August. Millions were left without power and dozens died as the storm tracked north across the U.S., many in flash floods brought on by heavy rain. The U.S. has faced an increasing number of severe weather-related disasters in recent years—including severe heat waves, cold snaps, droughts, wildfires and storms this year alone—and U.S. storms made up the top six costliest weather-related disasters in the last 50 years, according to a U.N. weather agency report, as well as the ninth. Experts overwhelmingly attribute the increasing severity and frequency of severe weather to human-driven climate change.

14. Nicholas is the 14th named storm of the 2021 Atlantic hurricane season. The season is busier than usual and only four seasons since 1966 have had 14 storms come as fast as this year, according to Colorado State University meteorologist Philip Klotzbach.

Hurricane Season About To Take A Major Turn For The Worse, Government Forecasters Say (Forbes)