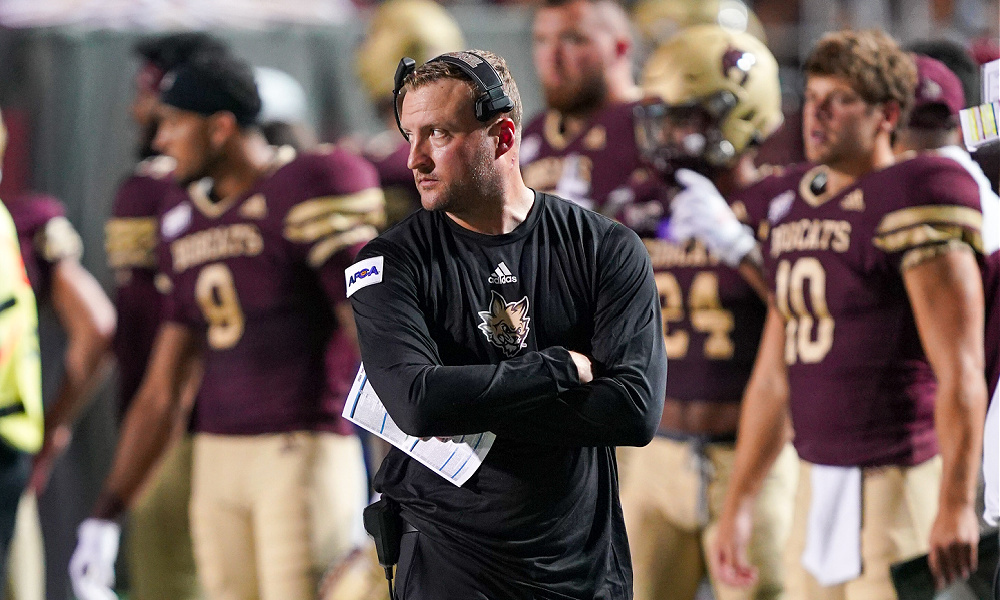 Why Texas State Will Win

The Bobcats gave Baylor a push.

Head coach Jake Spavital has put together a team full of veterans and parts from the transfer portal to be ready to hit the ground running, and the defense was able to come through with a strong day in the 29-20 loss.

The offense is much better than it looked. The passing game should have more pop – Brady McBride won’t throw three picks again like he did last week – and the tempo of the attack should put the reworked FIU D on its heels.

Why FIU Will Win

FIU went winless in 2020 and lost eight of its previous nine games before rolling past LIU 48-10. Granted, it was against an FCS team, but the offense was dominant, D’vonte Price ran for 165 yards and three scores on five carries, and former Maryland QB Max Bortenschlager was sharp.

Texas State might have come up with a decent defensive performance against Baylor, but the FIU offense really might be that good and balanced. As long as it can control the clock – and find a few of the big plays it generated against LIU – it should be able to pull this off at home.

It’s a big game for both programs.

Both of them are coming in thinking this is a winnable game, and both have the upside to be dangerous in their respective conferences.

Texas State’s offense will be a whole lot better than it was against Baylor, but FIU has the secondary to keep the passing game from going off.

This will be close throughout with the Golden Panthers coming up with a little more balance and with one big late drive to pull it out.