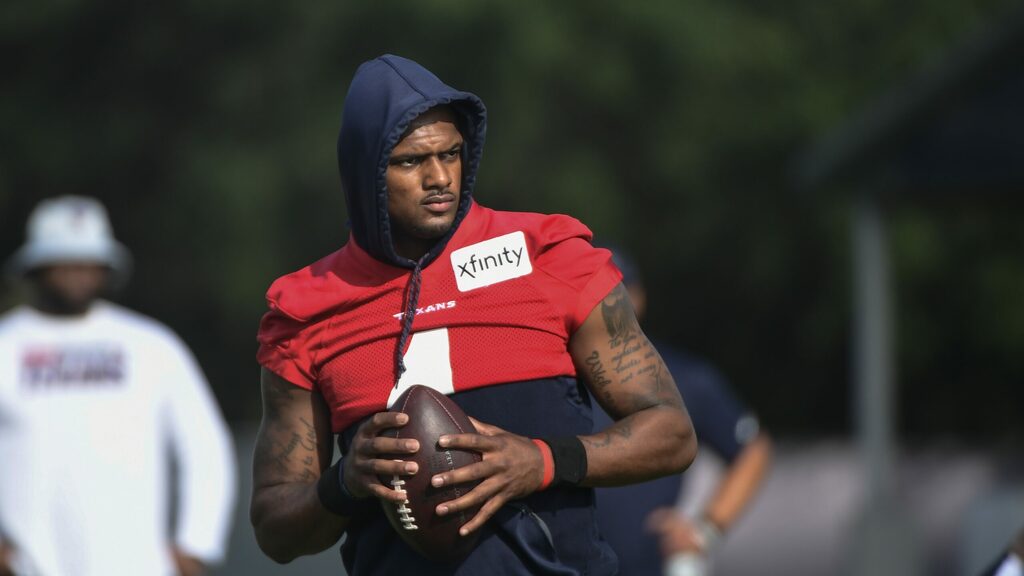 The situation is getting a little more clear as to what the Houston Texans would be willing to accept in order to complete the trading of quarterback Deshaun Watson.

According to Adam Schefter of ESPN, general manager Nick Caserio is looking for a combination of six players and draft picks. The breakdown could be five picks and a player, or four players and two picks. The point is the Texans will have to get something back in order to accelerate their rebuild and make them competitive every Sunday.

The holdup is Watson’s being named as a defendant in a lawsuit wherein 22 women allege sexual assault.

Sources told ESPN that no team is willing to meet Caserio’s asking price without attaching conditions to the picks because of the ongoing investigations by the FBI, Houston Police Department and NFL into Watson, who faces 22 active civil lawsuits with allegations of sexual assault and inappropriate behavior.

Caserio won’t budge. It has been a theme going back to late January when Watson requested a trade from the organization.

Watson will stay on the Texans’ active roster in 2021 and Houston will pay him $10.5 million just to be on the inactive list.

Houston opens up the regular season against the Jacksonville Jaguars Sunday at NRG Stadium.