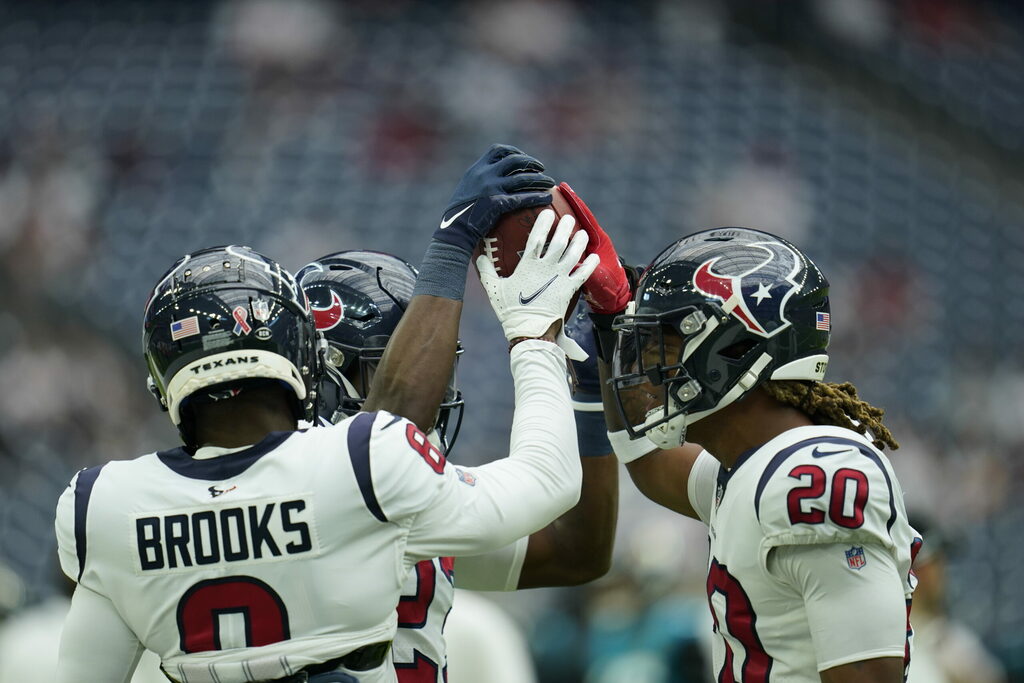 The Houston Texans did a good job of establishing dominance early against the similarly new-look Jacksonville Jaguars Sunday at NRG Stadium.

The Texans were able to get the running game going and also shutdown the Jaguars’ offense, or at least keeping their productive plays in between the 20s. Jacksonville wasn’t a threat to score outside of a 55-yard field goal attempt.

Here is a recap of each drive:

Jaguars drive 1 — The Jaguars had trouble getting going and got behind the chains early with a false start. The Texans were able to limit the Jaguars to a three-and-out.

Texans drive 2 — RB Mark Ingram capped off a 14-play, 84-yard drive with a 1-yard touchdown. Joey Slye’s extra point was good. The Texans had a little luck as Brandin Cooks caught a deep ball into double coverage hurled by Tyrod Taylor. It appeared to be an interception, but Cooks had dual possession, and tie goes to the receiver. On the next play, running back Phillip Lindsay appeared to fumble a handoff, but it was a subtle shovel pass, and thus ruled incomplete. Texans, 7-0

Jaguars drive 2 — QB Trevor Lawrence got off to a good start with a 33-yard pass to WR Marvin Jones. However, the drive stalled for the Jaguars, forcing them to settle for a 55-yard Josh Lambo field goal that hooked left no good.

Texans drive 3 — Houston proved they can also score on quicker drives. The Texans capped off a five-play, 55-yard drive with a 7-yard touchdown catch from RB David Johnson. TE Pharaoh Brown was instrumental in the drive with a 25-yard catch to get into the red zone.

Jaguars drive 3 — A holding penalty on former Texans RB Carlos Hyde set the drive back, and the Jaguars faced a third-and-17 to start the second quarter.