Tesla Would Be the Most Profitable ICE Automaker In The World

“Tesla’s long-term competitive advantage will be manufacturing because all cars will be electric.”

At first glance, you may wonder if this article is anti-EV. It’s not, quite the contrary. But it is intended to open some discussion, and it includes a plea for help.

Tesla has been able to garner impressive margins and profitability. It’s done this while making a vehicle type that Stellantis CEO even recently complained would hurt the industry. He was, in essence, complaining that profitability would be seriously hurt by being pushed into manufacturing and selling EVs.

Back in 2017 - 2019, Bob Lutz infamously proclaimed that Tesla was losing money on every vehicle they sold. (If you want a good chuckle, watch a few of those Tesla-centered interviews with Mr. Lutz.) He predicted that Tesla would fail as a company. He proclaimed that it was only the subsidizing revenue from gas-burning cars that made electric vehicle sales possible. Tesla didn’t have that, so it was doomed.

Of course, Mr. Lutz made his statements based on his own experiences. He didn’t know the inside workings of Tesla. Just looking at the situation from the outside it is very understandable why these kinds of statements have been made. It doesn’t seem feasible to make a profit on a vehicle that has what amounts to a $7,000 - $10,000 “gas tank”. How could it? How could that kind of vehicle ever be sold profitably? And yet Tesla has become solidly profitable. How is this possible? I suspect there are three reasons that explain its success.

First, Tesla is the hot auto brand. It sells every car it can make, no problem. Demand is so high for its products that customers wait months to get their vehicle (in some cases eight months or more). And this is true even after several recent price hikes. Tesla is able to charge a premium price for its products. This premium price aids Tesla in being profitable. However, by itself, this premium price would not be enough. Without the other two factors coming to play Tesla’s vehicles would not make a strong margin.

Second, I suspect that Tesla has been able to tweak quite a lot of costs out of the build of its vehicles. It’s been able to remove costs here and there to compensate for the high cost of the energy storage system (batteries). Cost-saving improvements continue to be implemented ongoing. Some of these innovations are well known, things such as the very publicized mega-castings. I suspect though that there are plenty of measures that are not as well known.

All these cost savings combine to make Tesla’s vehicles profitable, even with a very expensive “gas tank”. I suspect that taking these cumulative cost savings into account, if Tesla were to make ICE vehicles it would be the most profitable ICE automaker in the world. Thankfully though it only makes EVs. It’s likely that this focus has pushed Tesla to profitability. Its horizon focus has allowed Tesla to move the industry forward and achieve formidable EV scale.

Third, Tesla’s strong vehicle margin can be explained by the comparatively lower cost of electric drivetrains versus their ICE counterparts. EV motors and overall drivetrains are less expensive to build than combustion engines. There is much less gearing required for an EV and there is no exhaust system.

These lower costs help offset some of the high costs of the energy storage medium (batteries). The one question though is, how much comparative savings is there? What is the exact dollar savings of an EV powertrain (not including the batteries) vs an ICE powertrain? Knowing the answer to that question would be very telling.

I wish we had the answer.

What about EV parity?

Much to-do has been made of getting battery costs below $100 (US) per kWh. This price point has been touted as the magic, silver bullet that makes EVs cost parity with IC vehicles. But is this really so? Does $100 per kWh make battery storage, and so, EVs on parity with ICE vehicles?

Are there sufficient savings in an electric drivetrain to cover that high cost?

From what I’m able to discover, even the more expensive IC powertrains, end to end, don’t cost that much (I’m talking average vehicles, not supercars). Even if we suppose that the cost per kWh can fall as low as $50 that would still be more than $5,000 just for the power storage alone. That’s still more expensive than many lower-end IC powertrains. So, where is the parity?

But, I hear you say, EVs don’t have to have 100 kWh batteries. With that comment, we arrive at the other opening question. Do EVs even need to be on range parity with ICE vehicles? Probably not.

Looking down the road, we may see a future with a proliferation of EV charging points. As I’ve written before, while permitting and building an EV charging point may take some hurdle jumping, it’s not on the same level as adding a gasoline pump. The barriers to entry are low enough that Mcdonald's, Walmart, Walgreens and many other retail businesses can consider installing EV charging at their locations (as demand comes on).

We can look to a future where we rarely make a special trip to add energy to our vehicles (trips to gas stations). Rather, it’s something that is mostly done passively while the vehicle is not in active use. Home charging, for example, is and will be an option, and this will likely expand over time to multi-family dwellings. And on road trips, while we may decide to look for a super-fast charger, we may instead just choose to make a quick stop almost anywhere and add 40 (or more) miles of range.

With this possibility in mind, I can see that a modest EV battery pack may be acceptable to a large number of people. I foresee a near-term market opportunity for three tiers of battery storage: short, standard, and long-range. (Please note: I’m describing non-truck passenger vehicles here. Trucks will have their own set of tiers.)

I perceive that millions of people will be satisfied with an EV that has about a 60 kWh (usable) battery pack. I know that this is currently considered a “standard range” EV. But as battery costs come down this will be considered a short-range economy car.

This battery size can dependably allow about two and a half hours of motorway driving before needing a charge. This will be sufficient to pass as an economy-level vehicle. The range is plenty for use around town and enough for the occasional longer trip. The addressable market for this type of vehicle is significant but, in my view, it will be smaller than the market for what I’m calling the standard range vehicle.

The bulk of the market will want an EV with about a 90 kWh (usable) battery pack. This battery size will comfortably provide about four hours of motorway driving before needing a charge.

This is plenty of range for all driving needs, particularly as the charging infrastructure is built out as I’ve described. With this type of vehicle, a road trip will be easily done with just three convenient stops during the driving day. I described this in my piece The EV Roadtrip Of The Future. Most people will find this the vehicle of choice.

It is true that this vehicle will not have range parity with ICE vehicles. I am taking the stance that that is OK. Given that things progress, as they likely will, that perfect range parity is not needed. Most people will discover that 300-plus miles of dependable range is plenty, not only for all daily driving, but also for long-distance trips.

A small group of high-end users will find their joy with around 120 kWh (usable) battery pack EVs. These scrupulous customers will willingly pay the premium to have the extra range. This vehicle will allow owners to dependably drive-straight-through for up to six hours. This vehicle will have full range parity with its ICE counterparts but it will cost more and will be on cost parity only with its high-end ICE counterparts.

Experts believe that by the end of this decade, battery pack costs could fall below $40 per kWh (in 2021 dollars). As this happens, the 60 kWh EV may achieve cost parity with economy IC vehicles. And a 90 kWh EV could eventually reach cost parity with midrange ICE vehicles. Or could it?

We’re brought back around to my first question. As mentioned, we are sure that electric motors and the other EV powertrain components (sans batteries) cost less than IC powertrains. But just how much inherent savings is there in an electric drivetrain, $2,000, $4,000, $6,000? Again, I wish we knew for sure.

Sadly, the one person and organization that could best answer this question are silent on the topic. Over a year ago I emailed Sandy Munro asking him for his best guess of the cost of an IC powertrain vs the cost of an EV powertrain, sans batteries. After a couple of exchanges, including a promise to do a video on the topic, he went silent. (He mentioned at one point something about hate mail, not sure what he meant by that.)

I wish we knew the answer to this question. Here is my plea.

If you know the answer to the question – or know someone who does and is willing to speak out about it – please leave a comment below or contact me at my public email address. Please, no mere conjecture, that doesn’t do us any good.

What are your two cents about EV manufacturing and EV parity? Leave a comment below. 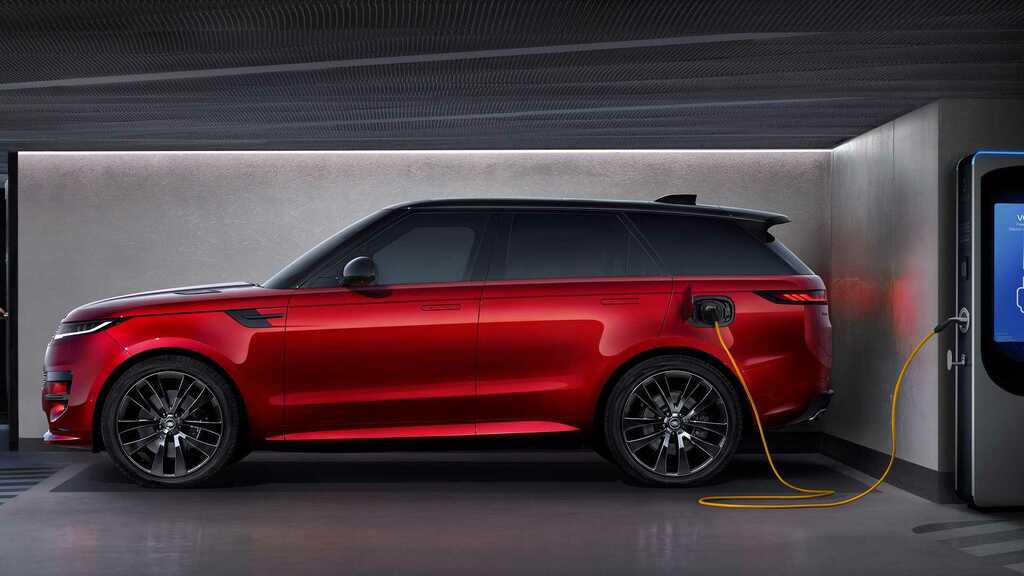 All-New 2023 Range Rover Sport PHEV Debuts, EV Coming In Two Years' Time
2024 is also the year when the pure-electric version of the big Range Rover is also expected to debut.

InsideEVs
One subscription that gives you access to news from hundreds of sites
F-150 Lightning Review: Why it’s the most important EV ever made

It feels like a Ford F-150 that happens to be electric rather than an electric F-150. Ford has taken the…

America’s best-selling truck goes electric with 775 lb-ft and a MegaPower Frunk, but it doesn’t lose sight of what counts.