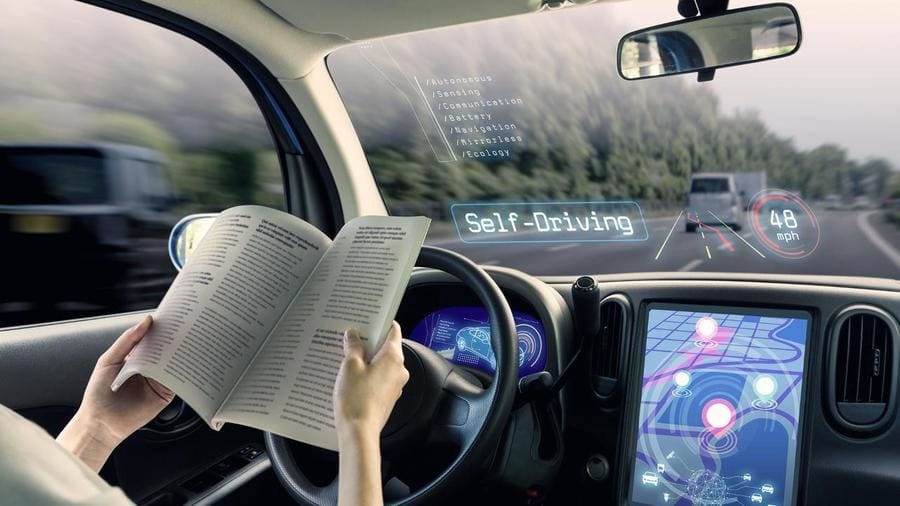 Since car bigwigs promised the arrival of autonomous cars in 2017, I check each year to see if they are already here.

Tesla and General Motors (GM) recently grabbed the headlines for their self-driving options, but both manufacturers still insist that a human driver must remain alert and supervise the system in case they need to take back control suddenly.

"What we have in the market today is automated cars not autonomous cars", Brian Moody, executive editor at Autotrader, told me by phone. "Autonomous car means you get in in the car and the car does everything. We don't have it yet."

The Society of Automotive Engineering (SAE), which sets standards for the engineering industry, has defined six levels, ranging from Level 0 (no assistance) to Level 5 (full self-driving in all conditions). A vehicle's technology must reach all six before it is officially autonomous.

What are the options?

FSD beta is a system of driving assistance features, like automatically changing lanes and making turns. The software does not make Tesla vehicles fully autonomous. Elon Musk himself said during a 2019 earnings call that Teslas with FSD are "able to drive from one’s house to work, most likely without interventions. So it will still be supervised, but it will be able to drive."

It has sophisticated features like “smart summon” which lets drivers call their car from a parking spot to come pick them up, using their smartphone and the Tesla app like a remote control.

FSD beta lets you choose from three driving “profiles” that dictate how the car will react to certain situations on the road. Each mode, “Chill,” “Average” and “Assertive,” varies in terms of aggressiveness. The profiles are described as a way “to control behaviors like rolling stops, speed-based lane changes, following distance and yellow light headway.”

The FSD software has also drawn a fair amount of scrutiny and criticism. The California Department of Motor Vehicles and National Highway Traffic Safety Administration are investigating different aspects of Tesla’s FSD development and technology.

FSD also has a Beta tier, which includes even more advanced features.

The company’s standard driver assistance package is marketed as Autopilot and comes standard with all its new vehicles (the Model S, X, Y and 3).

The Ultra Cruise feature is designed to be an upgrade over the company's current Super Cruise system, which allows hands-free driving on highways.

GM describes Ultra Cruise as a "door-to-door" hands free driving system that will allow users to keep their hands off the wheel in 95% of all traffic situations. It will function on most roads, including city streets, subdivision streets and paved rural roads in addition to highways, without the need for pre-mapping.

The exceptions include wherever road construction or other obstructions have led to changes that aren’t yet reflected in the maps, or some particularly complex road configurations. The system may also struggle with some weather conditions and may not be able to operate in particularly bad outdoor conditions.

Like Super Cruise, which only enables hands-free driving on highways, the new system is also geofenced, but it now includes 2 million miles of paved roads of all types including suburban and urban streets.

It is based on a significantly more powerful compute platform and includes more capable sensors, including LIDAR.

A driver-monitoring system will continue to be used to ensure the driver stays engaged.

It's a Level 3 self-driving system, perhaps better called a "conditionally automated driving system." It allows the cars to drive themselves at up to 37 mph in heavy traffic on geofenced stretches of highway.

When engaged, Drive Pilot takes over managing situational awareness. As a result, the system can handle unexpected traffic situations and can take evasive action if necessary.

Drive Pilot will function only on pre-mapped, geofenced, closed-access highways.

The feature allows a driver to operate hands-free on prequalified sections of divided highways. The driver’s eyes must remain on the road.

Toyota’s Arene operating system would monitor safety systems and traffic information, as well as controlling basic car components like the steering wheel and breaks. It will compete with Volkswagen’s upcoming “VW.OS”

Honda is focusing on Level 3 autonomous systems, which enable the car to take full control, albeit only under very specific conditions, like low-speed driving in traffic.

Google’s Waymo is skipping Level 3 to focus on Level 4, which is full driverless autonomy within a geofenced perimeter.

Why is it taking so long?

In a word: Regulation. Industry and government officials need to agree on  the definition of self-driving and then set safety standards, such as who is at fault if a self-driving car kills someone.

Automakers must also convince the public. AAA surveys have shown more than 70 percent of the American public fears driverless cars.

"The world is not ready yet," Moody told me. "Regulators, insurers, consumers have to catch up."