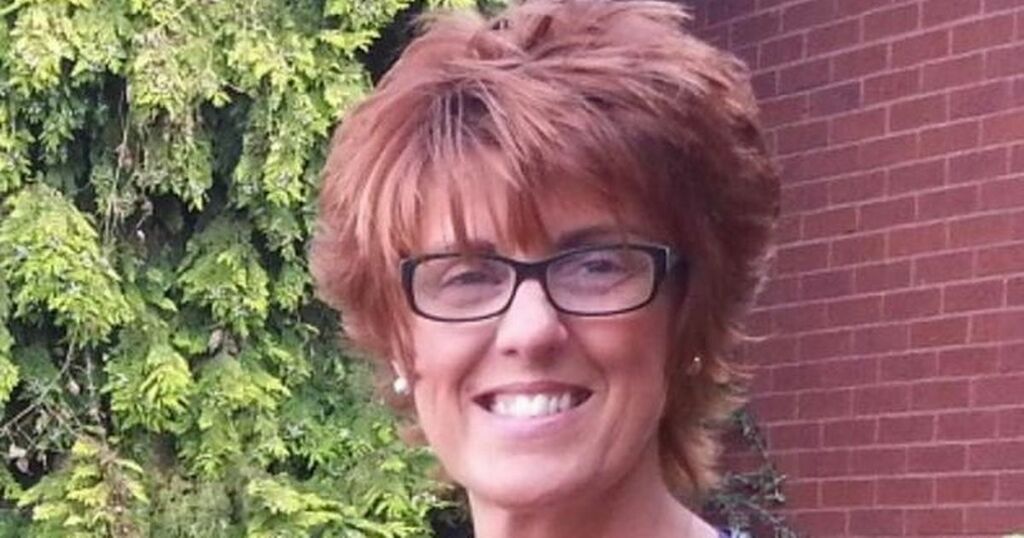 Mum-of-three given 'death sentence' after chance phone call in bath leads to diagnosis
Debbie Layfield was in the middle of running a bath at her home in Claughton, Wirral, when she answered a…

Debbie Layfield, 44, was in the middle of running a bath at her home when she answered a phone call…

Daily Mirror
One subscription that gives you access to news from hundreds of sites
‘I can finally breathe’: Healthy nurse has breasts and ovaries removed ‘to see her sons grow up’

A Tesco worker thought she'd been given a death sentence after finding a pea-sized lump on her breast in the bath.

Debbie Layfield was in the middle of running a bath at her home in Claughton, Wirral, when she answered a phone call from a family member who had found a lump. The mum-of-three tried to reassure her family member the lump would likely be nothing to worry about, but when she got into the bath moments later Debbie was shocked to find she also had a lump on her breast.

Debbie, whose youngest child was in primary school at the time, went to see her GP following the chance phone call and she was immediately referred to the Clatterbridge Cancer Centre. The 44-year-old underwent a series of tests in one afternoon and by 4pm was told she had breast cancer.

Meanwhile, Debbie's family member was told she had a non-cancerous lump. Debbie said she was in total disbelief after receiving her diagnosis and struggled to speak.

In the audio recording for Cancer Research UK, she said: "My first thoughts when the doctor told me were I'm not going to see my children grow up, get married or have children or their own."

Debbie said she was eventually able to explain to her children that she had the same disease Kylie Minogue had been successfully treated for and reassured everyone she would be fine. She had a lumpectomy and her doctors were pleased the cancer hadn’t spread.

However, they warned her she had a very aggressive form of the disease and planned to give her extra doses of chemotherapy. After undergoing daily radiotherapy while still finishing chemo, Debbie then faced another devastating blow when her dad was diagnosed with lung cancer and died months later.

Debbie thankfully made a successful recovery from her cancer treatment in 2009 and went on to take the drug tamoxifen for 10 years. Cancer Research UK researchers helped prove the benefits of taking tamoxifen after surgery for women with the most common type of breast cancer.

Around 8 in 10 women now survive for at least 10 years, thanks in part to this life-saving treatment. Debbie initially struggled to talk about her cancer journey after finishing treatment, but she later decided to throw herself into raising awareness and funds for Cancer Research UK.

The mum-of-three, now 57, is the Community Champion at Tesco Bidston Moss and has encouraged hundreds of customers and colleagues over the years to sign up for Race for Life and fundraise. She knows exactly how vital it is to raise funds for life-saving research - and that’s why she’s urging people to visit raceforlife.org and enter.

Debbie has been such a passionate advocate for Race for Life that she has been chosen as VIP guest at the Wirral event on Sunday May 22. She will press the starter horn at Birkenhead Park before joining participants and she will also be taking part at Sefton Park on Sunday July 10.

Debbie said: “I feel passionately about the work of Cancer Research UK having lost so many loved ones to the disease. But I can see the advances made in research and even if every person donates a pound to someone taking part in Race for Life, then we are one step closer to survival for more people.

“I hope my story will help connect with people in the moments before they set off on the Race for Life course. It’s a privilege to have the chance through the audio recording at Race for Life events to thank the amazing people who are fundraising to support life-saving research.”

Debbie’s powerful story is one of six audio recordings from cancer survivors which will be played at Race for Life events across the UK this year. Every year around 44,900 people are diagnosed with cancer in the North West and one in two people in the UK born after 1960 will get cancer in their lifetime.

Cancer Research UK’s Race for Life, in partnership with Tesco, is an inspiring series of 3k, 5k, 10k, Pretty Muddy and Pretty Muddy Kids events which raise millions of pounds every year to help beat cancer by funding crucial research. Events will follow current government guidance to protect against COVID-19 and hand sanitiser will be provided.

Jane Bullock, Cancer Research UK’s spokesperson in the North West, said: “We are incredibly grateful to Debbie for her support and know that her story will make an impact on participants when played on stage at the beginning of Race for Life.

“Sadly, cancer affects all of us in some way. Whether people are living with cancer, taking part in honour of or in memory of a loved one with cancer or signing up to protect their own children’s future, everyone has a reason to Race for Life. So we’re asking people across the region: “Who will you Race for?”

“Our Race for Life events are open to all. For some people, the Race for Life is literally a walk in the park. Slow and steady still wins. For others, it’s a jog. Others may opt to push themselves harder, taking up the challenge of the 10K distance and even pushing for a new personal best time.

“We’re looking forward to welcoming people of all ages and abilities. Race for Life will be fun, emotional, colourful, uplifting and an unforgettable event this year.”

For more information and to enter the Race for Life click here.

Mum-of-three given 'death sentence' after chance phone call in bath leads to diagnosis
Debbie Layfield was in the middle of running a bath at her home in Claughton, Wirral, when she answered a…

Debbie Layfield, 44, was in the middle of running a bath at her home when she answered a phone call…

Daily Mirror
One subscription that gives you access to news from hundreds of sites
‘I can finally breathe’: Healthy nurse has breasts and ovaries removed ‘to see her sons grow up’