Territorians with Christmas plans in Victoria or NSW must prepare to quarantine, Gunner says 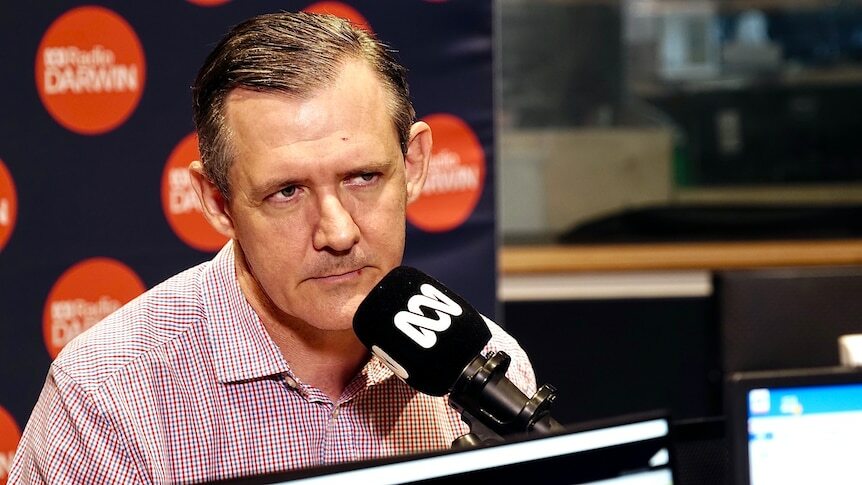 Territorians with family in New South Wales or Victoria probably will not be able to see them for Christmas without quarantining upon their return to the Northern Territory, Chief Minister Michael Gunner says.

Speaking to ABC Radio Darwin on Tuesday morning, Mr Gunner said it was unlikely the Territory's hard border with New South Wales and Victoria would drop before December 25.

"I can't see — certainly in New South Wales — I can't see that clearing up before Christmas," Mr Gunner told the program.

"It's more the method of quarantine and whether they're hotspots or not. I can't see that cooling before Christmas."

Under the Territory's hard border restrictions, arrivals from COVID-19 hotspots must undertake 14 days' quarantine at Howard Springs, at a cost of at least $2,500 per person.

However, last week Mr Gunner said he was "very hopeful" that home quarantine could become an option once 80 per cent of Territorians were fully vaccinated.

Mr Gunner flagged that vaccinated Territorians could enjoy greater freedoms under future lockdowns, with unvaccinated people potentially subject to a stay-at-home order in the event of an outbreak.

He described the potential changes, which would occur at Stage 3 of the national reopening plan, as "lockouts", rather than lockdowns.

Mr Gunner said that changes to lockdown conditions could be better outlined later this month when the government was due to receive Territory-specific health modelling from the Doherty Institute.

Tensions between the Northern Territory government and Aboriginal Community Controlled Health Organisations (ACCHOs) are continuing over the handling of vaccination records collected in remote communities.

On Monday, Mr Gunner said ACCHOs were not providing the government with a breakdown of community-specific vaccine data, which meant he was unable to see which remote communities were lagging behind in the rollout.

He also cast doubt over whether ACCHOs were providing the federal government with all their latest vaccine records.

Mr Paterson said AMSANT had an agreement within the Aboriginal community-controlled health sector that they would not report vaccination data on an "individual community level".

"It sends stigma, and it doesn't portray the outcome when you are [pitting] one community against another," he said.

"What we're happy to report on is at a jurisdictional level and regional [level]."

However, Mr Gunner said on Tuesday, the Territory government would need that community-specific data soon to identify regions with low vaccination rates once all Territorians have had a chance to get their shots.

"I've asked repeatedly at National Cabinet … for [a breakdown] by community … and we've also asked for it at an office level to AMSANT and the ACCHOs if we can have it by community," Mr Gunner said.

"At no stage have I been able to get it by community."