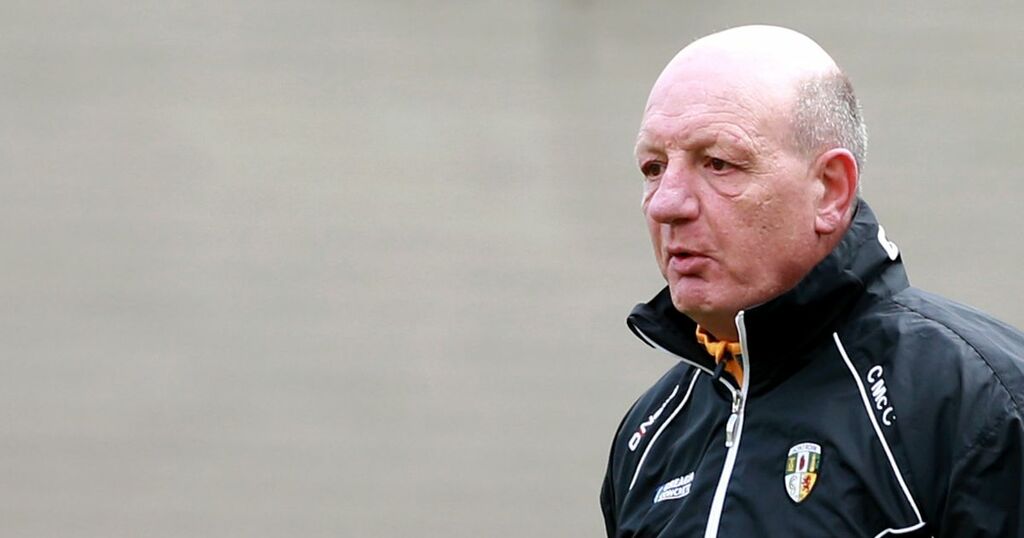 Terence ‘Sambo’ McNaughton faces up to his biggest fears in the latest episode of Laochra Gael.

McNaughton decided if he was going to do the programme – which begins a 20th series on TG4 tomorrow night – he would have to be totally honest.

It was the first time he opened up on the speech impediment – and the way others treated him as a result – which has defined much of his life.

After watching a copy of the programme on his own, he spoke to his daughter about his speech impediment for the first time, and had a deeper conversation about it with wife, Ursula, than he ever had before.

It kept coming back to the question: ‘Why wasn’t I protected?’.

The Antrim legend, All Star and All-Ireland finalist has coached across four decades now, and runs his own bar and guest rooms in Cushendall so it hasn’t stopped him.

But for long spells of his life, McNaughton was afraid, and unable, to speak.

The phone would ring in the house and he wouldn’t answer it.

And as for approaching a girl?

“There was more of a chance of me climbing Everest than going across a dancefloor and asking a girl out,” he says.

Some teachers and peers were merciless, and he says that ultimately hurling and the Cushendall club saved him.

“It (the programme) brought me back to a place where I really didn’t want to go back to, and haven’t been back to for a long number of years,” said McNaughton.

“I’ve actually thought a lot about it since, just the way I was.

“I actually get very emotional in one part.”

McNaughton recalls that one teacher had no idea how to deal with him.

“I had to go to the back of the classroom and she made me fold my arms, put my head down and go to sleep.

“That was for a full year. She never even spoke to me.

“Never gave me homework or anything for a year. So If I didn’t feel like an outsider, she was definitely going to make sure I was an outsider.

“Waiting for that special needs bus on a Monday and all the other boys slagging you and bullying you, you really felt like an outsider.”

He couldn’t read, write or communicate, but on the hurling field he found his place.

“The school was 50 yards from the pitch and it was just like two different worlds.

“I don’t know where my life would have been or where I would have ended up if I hadn’t have played hurling.

“I needed Cushendall hurling club a lot more than it needed me. It saved me.”