Tension in Belagavi over renaming circle 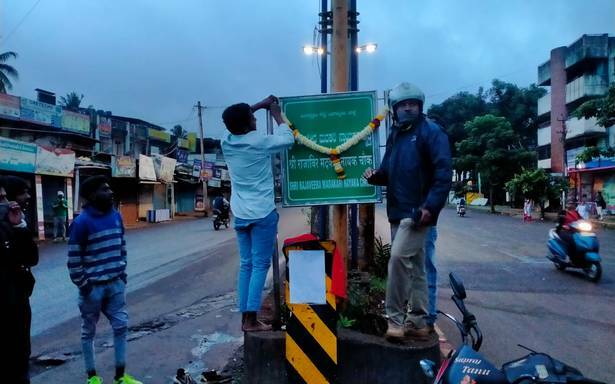 Tension prevailed in south Belagavi after a youth organisation put up a board renaming a prominent circle on September 7.

The youth tried to change the name of Rani Parvati Devi Circle to Veera Madakari Nayaka Circle, by putting up a green board in the middle of the circle.

Passers-by alerted the police who rushed to the spot and removed the board. The police told the youth that their act had no legal sanction, and that they could change the name of the circle only after due permission from the Karnataka government.

This angered the youth who argued that Madakari Nayaka is a national hero, and they did not need anyone's permission to rename the circle.

A crowd gathered at the spot. Some people countered that the circle was named after the queen of Sawantwadi, who had donated land to several educational institutions in Belagavi.

Police used canes to disperse the crowd. Two KSRP vans have been stationed at the spot. A team of women police constables is also camping in the area, which is in the vicinity of several colleges.