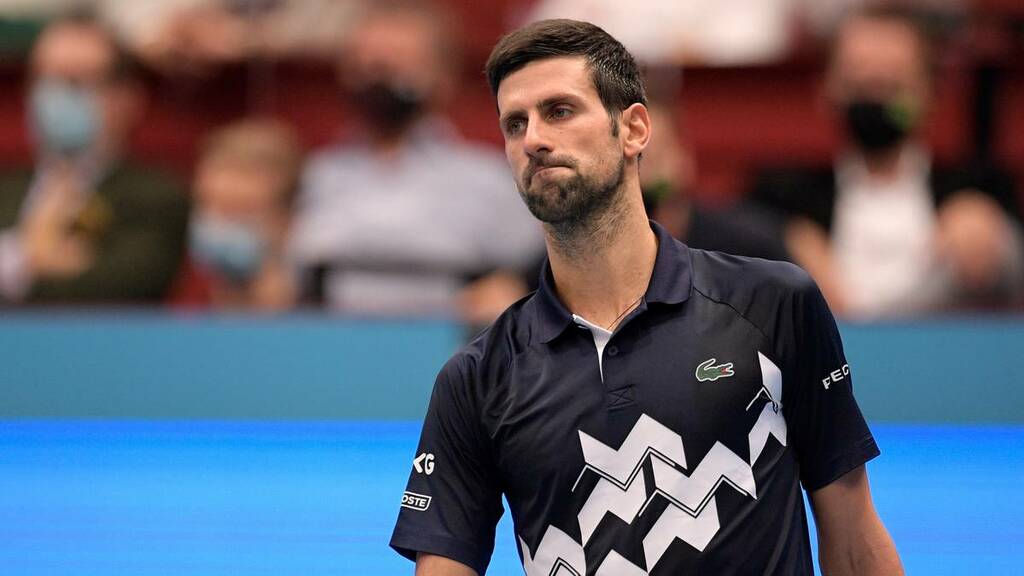 Novak Djokovic's participation at the French Open was shrouded in uncertainty on Thursday amid new rules in France requiring sportspeople there to be vaccinated against coronavirus.

The world No 1 could learn this week whether he faces a repeat of his Australian Open nightmare at the second grand slam of the year after being denied entry to Australia over his vaccination status.

The French government announced last month that professional sportspeople in the country must be fully inoculated against Covid-19 from next weekend and that a decision on visiting stars would be taken in due course.

Reports in France this week suggested Djokovic and other non-residents would escape having to be jabbed to compete there, though as of Thursday night there was no official confirmation that would be the case or whether the unvaccinated would face having to quarantine before doing so.

Any kind of block on him entering half of this year's grand slams could wreck Djokovic's bid to win a record 21st major and finally move clear of arch-rivals Roger Federer and Rafael Nadal, who are also stuck on 20.

Wimbledon may yet prove his salvation, with the Government on Thursday confirming it had no plans to scrap the elite sport exemption that would allow Djokovic to defend his crown regardless of his vaccination status.

There was also no sign of the US government following the lead of its Australian counterpart ahead of this year's US Open.

Djokovic's deportation from Australia was on Thursday delayed until at least Monday after he went to court to overturn the decision to throw him out of the country.

The 34-year-old was being held in immigration detention at a Melbourne hotel having been refused entry by the Australian Border Force (ABF) for his defence of his Australian Open title.

Lawyers for the world No 1 secured an interim injunction preventing his deportation ahead of a hearing at 11pm UK time Sunday (10am local time Monday).

Djokovic had flown to Melbourne after gleefully announcing on Tuesday he had been granted a medical exemption from having to be vaccinated against coronavirus to play at the first grand slam of the year.

But triumph turned to disaster for the vaccine sceptic after he was detained for nine hours amid claims he had sought to gain entry to Australia using invalid documents before being told he would be deported.

In what has become a major diplomatic incident, Djokovic took immediate steps to overturn the decision and, at a hearing on Thursday, the Federal Circuit Court ordered it be put on hold.

A failure to win his legal battle could see Djokovic banned from Australia for three years, a punishment that can be imposed on those whose visas are cancelled.