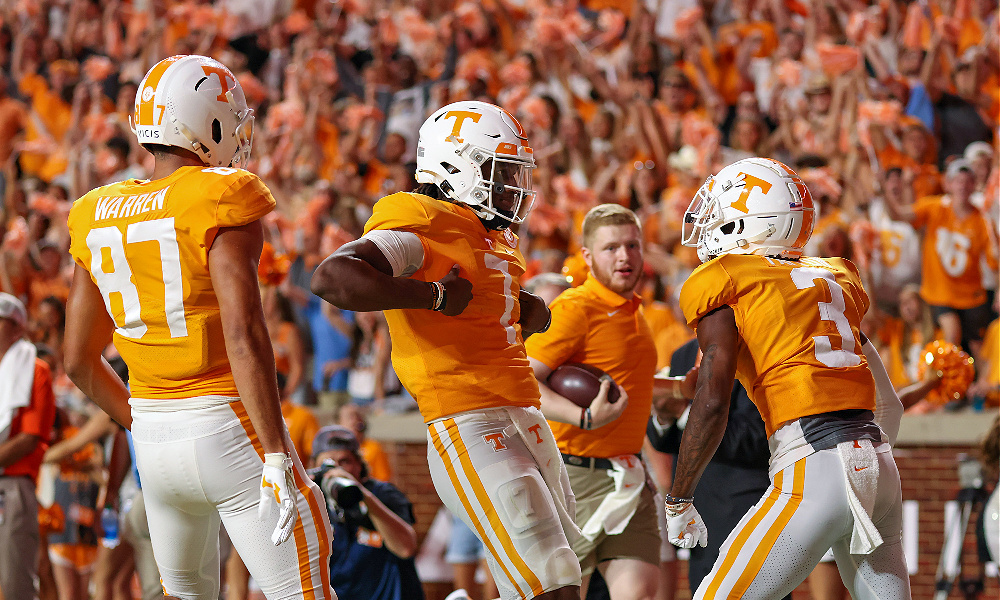 Why Pitt Will Win

The Panthers weren’t ever going to have an issue with UMass – the Minutemen can’t score, and almost didn’t in the 51-7 Pitt win – but they did need to prove they could crank up the playmaking in the backfield after losing a slew of the key guys from 2020.

With five sacks and allowing just 42 rushing yards, the Pitt defensive front did the job.

Tennessee beat Bowling Green 38-6, but it wasn’t as easy as it should’ve been. The highlights all looked great, but Joe Milton only completed 11-of-23 passes with little happening down the field outside of two plays. However …

Why Tennessee Will Win

No, Milton wasn’t sharp, but he ran for 44 yards and two scores as part of a ground game that rumbled for well over 300.

Again, it was Bowling Green – you could average five yards per carry running against that D – but it was a good opening showing for the Josh Heupel era just to get the program up and going again.

The Pitt pass rush will bother Milton, but the secondary will take just enough chances to get burned at least twice. Once again, the Vol staff will take the pressure off its quarterback by running – Tennessee will try to get physical.

It’s a much, much bigger game for Pitt than it is for Tennessee.

The ACC desperately needs a win over a brand name team, and Pitt needs to show it’s going to be a player in the conference race by going on the road and coming up with a good performance.

The Panthers have an advantage with QB Kenny Pickett, and that defensive front will be a problem, but the Vols will pull it off at home by controlling the clock and matching the D on the other side big play for big play.