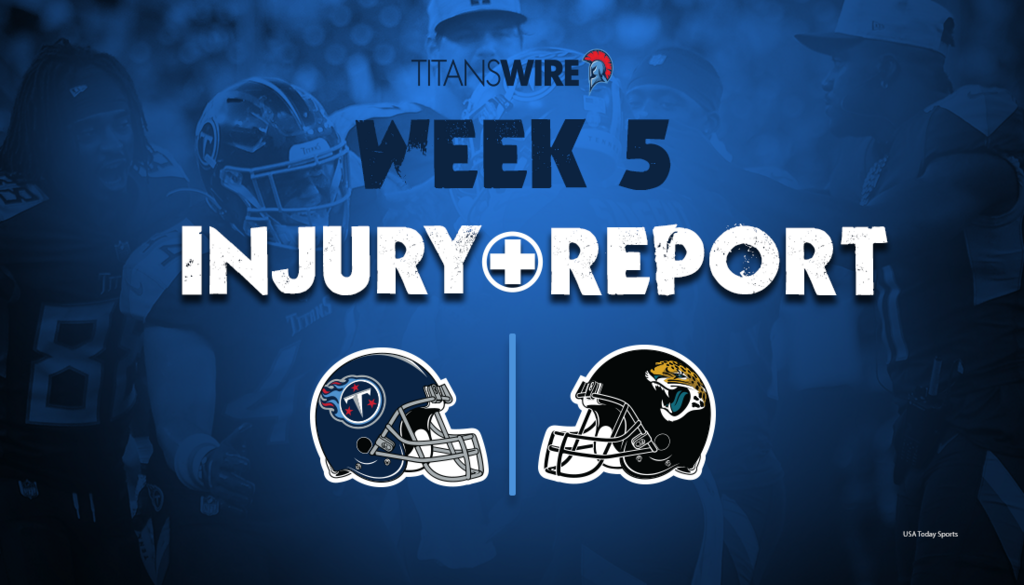 The Tennessee Titans and Jacksonville Jaguars have released their final injury report ahead of the Week 5 contest at TIAA Bank Field on Sunday.

Ahead of the release of the report, Titans head coach Mike Vrabel revealed that wide receiver Julio Jones and punter Brett Kern had been ruled out for the second straight week. Punter Johnny Townsend will fill Kern’s spot again.

The good news is that the Titans are expected to get wide receiver A.J. Brown back after he missed last week’s game.

Two players who were in the concussion protocol, left guard Rodger Saffold and outside linebacker Sharif Finch, have both been cleared and are expected to suit up.

Now, here’s a look at each team’s full final injury report ahead of Sunday’s contest.