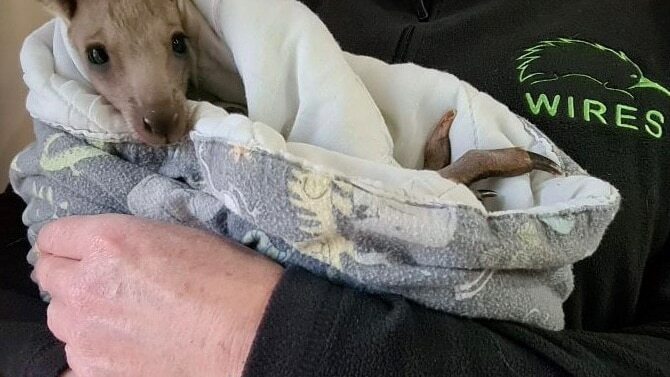 The two 17-year-olds were arrested last month after police found the dead kangaroos and joeys in the Long Beach and Maloneys Beach areas, north of Batemans Bay, on October 9.

The pair appeared in Batemans Bay Children's Court today, accompanied by their parents and wiping away tears as Magistrate David Williams handed down the sentence.

"This was horrendous," he said.

Magistrate Williams told the court the boys deliberately drove their vehicles into the animals "without any real rationale other than a brain explosion".

Both boys each faced one count of recklessly beating and killing animals, a crime that carries a maximum penalty of three years in jail.

But their lack of criminal history and remorse was considered.

"This offending was completely out of character," Magistrate Williams said.

"They are wracked with guilt and remorse, and that's appropriate.

The two boys were ordered to participate in a youth justice conference as part of their sentence.

It will require them to meet with different parties involved to discuss the harm they caused.

They will not be required to reappear in court.

Magistrate Williams said the conference could include police officers and that he would recommend that wildlife carers attend.

"You sit down in a room and you talk it out," he said.

"It's not to rub your nose in it … it's to put you in someone else's shoes … and see things from another perspective."

Hope on the mend

The sole surviving joey found in the Maloneys Beach area is named Hope and remains in the care of WIRES volunteers.

Ms Renes said she and other WIRES volunteers involved in the rescue and the disposal of the bodies would be open to meeting the two boys.

"I'm pleased that they are remorseful," Ms Renes said.

"It's still hard for us to understand why the event happened.

"It's just inconceivable … we would be very interested in having a conversation with them."