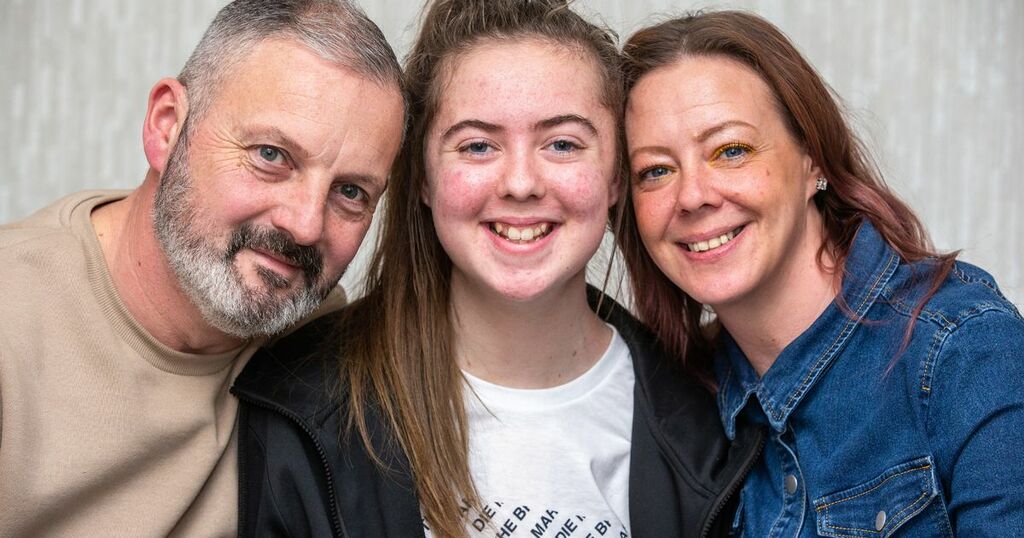 A teenager has met the family of her heart donor for the first time - and now wears her Pandora ring in a necklace around her neck and has her photo beside her bed.

Kayleigh Llewellyn, 14, spent more than 100 days at Newcastle’s Freeman Hospital before her transplant in 2019.

After her lifesaving operation, Kayleigh wrote a moving letter to the loved ones of 19-year-old Sinead Bree to say thank you for saving her life, reports the Mirror.

Kayleigh, from Seaham, County Durham, now has a framed photo of the teenager she keeps beside her bed carrying the message: “The greatest hero I never knew was the organ donor who saved my life.”

She celebrated her 14th birthday on June 2 by doing a charity walk where she met Sinead’s gran Shirley Wright, 64, who she called “mam”, and her family after they travelled to the North East.

The donor’s aunt Vicki Cooper, 43, saw the recipient for the first time on TV after the Mirror fixed for her to appear on GMB with Piers Morgan.

She said: “Her dad said they would love to meet their donor family. When we first wrote to each other, we were not allowed to say too much about ourselves.

“It was very emotional seeing Kayleigh for the first time.

“We know part of Sinead lives on. She donated her organs to four people.

“Potentially, four lives have been saved.”

Kayleigh travelled with her parents Shaun and Sonia to meet Vicki to hear about Sinead’s life in Thorne, South Yorkshire.

Vicki, 43, from Brigg, Lincolnshire, said: “Sinead was always helping other people. She wanted to join the police and worked alongside social services to help young children.

“When she saw a homeless man at Doncaster station every day on the way to college, she would help him with food and clothing.

“She was a straight A student and would help others at college as well. If there is an afterlife, she will be looking down on Kayleigh.”

Kayleigh’s dad Shaun, 52, told how she wears one of Sinead’s Pandora rings in a necklace.

He added: “There are no words to express the gratitude we feel to Sinead’s family. They have saved Kayleigh’s life.”

In her letter, Kayleigh told them: “I promise to take good care of my heart, you will all be part of my life for ever.”

When diagnosed with an enlarged heart, Kayleigh’s only hope was a transplant.

She had to be wired to machines to pump her blood and help her breathe, as she spent more than 100 days at Newcastle’s Freeman Hospital before her transplant in 2019.

Vicki said it was a “very difficult” decision to donate but her niece was “brain stem dead”. She added: “We knew Sinead wanted to be an organ donor. It was still very emotional, it was tough.

“They told us there was a little girl who was desperate for a heart.

“We knew if we did not do it then that girl might not make it, that was Kayleigh.

“Sinead was breathing. You feel like you are letting her go but we knew there was no brain activity.

“It is comforting that something so positive has come from it.”