Bilal Zuberi, a partner at the venture capital firm Lux Capital, has spent the past few weeks sharing an unsettling message with the founders of companies he’s invested in. Startups need to begin slashing costs, he says, which will almost invariably mean job cuts. “The world is falling apart,” he says, “and we need to act accordingly.”

Unlike the 46-year-old Zuberi, many of the people he’s bringing this message to have never gone through a significant contraction in the tech industry. When he told the chief executive officer of a company with hundreds of employees that it was no longer worth the billion-dollar-plus valuation it held in its most recent fundraising round, Zuberi says, the founder reacted with “confusion, fear, and denial.” The CEO had heard other predictions in recent years that dire times were descending, yet things never actually got that bad. Zuberi declined to name the founder or the company, because the conversation was private.

During the astonishing decade-plus bull market fueled by the ascendancy of the tech industry, there have been periodic warnings that the good times were ending. In a widely circulated essay from two years ago titled “Coronavirus: The Black Swan of 2020,” the venture capital firm Sequoia Capital warned startups to question every aspect of their business, including their staffing levels and whether they’d have sustained access to capital. “Nobody ever regrets making fast and decisive adjustments to changing circumstances,” it counseled.

Yet after an initial panic that spring, many tech companies thrived in the pandemic era, when low interest rates, soaring markets, and changing consumer behavior outweighed any disruptions caused by Covid-19. Zuberi says this false alarm made it harder this spring for startup founders to accept the seriousness of the current situation.

But reality is now setting in. The stock market drop in early May, combined with the continued crises of the war in Ukraine, domestic inflation, and a pandemic now well into its third year, has begun to cause significant pain at later-stage startups, and it seems likely to trickle down to smaller companies in the coming months.

Investors who’ve spent their careers dedicated to blitzscale boosterism about the transformative nature of tech haven’t lost faith in their ability to reshape every corner of the world’s economy. But the financial system gets a say, too. “Companies don’t die because the product doesn’t work,” Zuberi says. “They die because they run out of money.” After initial resistance, the founder who’d questioned Zuberi’s advice began preparing to cut costs by 20% to 30%, eliminate some jobs, and raise money at a lower valuation than his company’s previous value.

Welcome to the downturn of 2022, where the path from tiny startup to multibillion-dollar powerhouse suddenly seems less clear. This quarter the number of tech companies going public is set to be the lowest since 2016, according to researcher CB Insights. Venture-backed companies that have gone public in the last two years have lost about half their value this year, according to researchers at PitchBook Data Inc. Shareholders in high-flying private tech companies such as Stripe Inc. and Instacart Inc. have marked down the value of their holdings, in some cases multiple times.

Globally, fundraising has slowed, with the number of megarounds ($100 million or more) and the total amount raised declining in the first quarter, the first time that’s happened in almost two years. “Investor sentiment in Silicon Valley is the most negative since the dot-com crash” 20 years ago, tweeted PayPal co-founder David Sacks, now a partner at the investment firm Craft Ventures.

Startups have to learn how to adjust immediately, says Nina Achadjian, a partner at Index Ventures. “Last year no one needed a backup plan,” she says. “It was growth at all costs, and capital was easy to come by.” Her company is telling founders to shift the focus toward operating sustainably even if that slows growth, to be conservative about hiring, and to make sure they have enough cash to operate for 18 to 24 months.

The market turn is only beginning to take hold. Just 5% of completed investments during the March quarter were down rounds, meaning the company accepted a lower valuation than it had in previous deals, says Kyle Stanford, an analyst at PitchBook. He says that this valuation could increase but that what could come first is a rise in “dirty term sheets,” referring to deals in which a startup retains its high value while accepting conditions that protect investors at the expense of other shareholders if the situation deteriorates.

Venture capitalists, optimistic by nature, are already talking up the silver linings. When big public companies cut back, the first things they stop working on are innovative ideas that take years to pay off, says Vinod Khosla of Khosla Ventures. This response creates opportunity for new founders and early startups, he says, at the same time that market conditions make many startups cheaper to invest in. “Valuations are more reasonable. We can afford to take more risk,” he says.

There’s plenty of money sitting around. Venture capitalists in the US had more than $230 billion to invest as of mid-May, according to PitchBook. More than 1,000 startups raised funds from seed and angel investors during the March quarter, pushing the total value of early-stage deals to the highest in at least a decade.

“The market is irrelevant for early-stage companies with strong founders and teams,” says Karan Kundra, the founder of a four-person health tech startup in San Francisco. Kundra, 25, says he’s been talking to investors since the beginning of May to raise about $2 million and has gotten more than a dozen offers.

The changes in the market may eventually work out for investors and founders who can afford to be patient, but it doesn’t mean much to the thousands of tech workers who’ve recently lost their jobs. Venture-backed startups including ghost kitchen operator Reef Technology, grocery delivery company Avo, and artificial intelligence company DataRobot cut more than 7,500 jobs globally from April 1 to May 16, according to employment tracker Layoffs.fyi. Public companies have also cut jobs, instituted hiring freezes, or both.

Many were stunned by how quickly their seemingly stable employment in a thriving industry evaporated. Michelle Kneibel, a weight-loss coach for the startup Noom, was chatting with her colleagues on Slack one day in late April while they waited to take part in a video meeting. She watched in disbelief as people’s names and posts began to disappear. Minutes later she learned in a private meeting that she’d lost her job. A company spokesperson declined to comment.

Over the course of a few weeks, Noom let 495 employees go. It was a jarring turn for Kneibel, who says she was a top performer in her three years there and always got the maximum annual pay hike. She knew the company had raised $540 million last year and had recently improved benefits for employees, slashed deductibles on health insurance, and increased parental leave. Late last year, Noom said it would send employees a branded T-shirt and hat to celebrate their accomplishments. “I don’t understand this shift at all,” she says. “I was shocked.”

A few days after losing her job, Kneibel received a package in the mail containing the belated holiday gift from her former employer. The swag came with a note acknowledging the delay but making no mention of the mass firings. Under the current circumstances, the note from the company seemed to carry a different meaning: “It’s finally here.” —With Sarah McBrideRead next: The Investing Party May Be Over, But Markets Might Make Sense Again 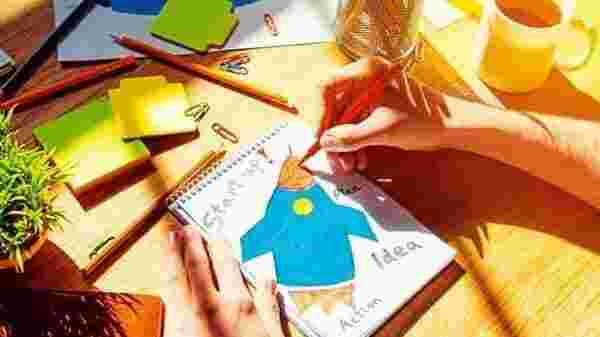 ‘No easy money’: India's startup boom is giving way to a painful slowdown
Investors spooked by fears over corporate governance are stepping up scrutiny during due diligence efforts, which delays funding rounds

Evening Standard
For tech startups, the party is over

Funding is suddenly scarce as venture capital firms grow stingy, forcing young companies to get frugal and focus on breaking…