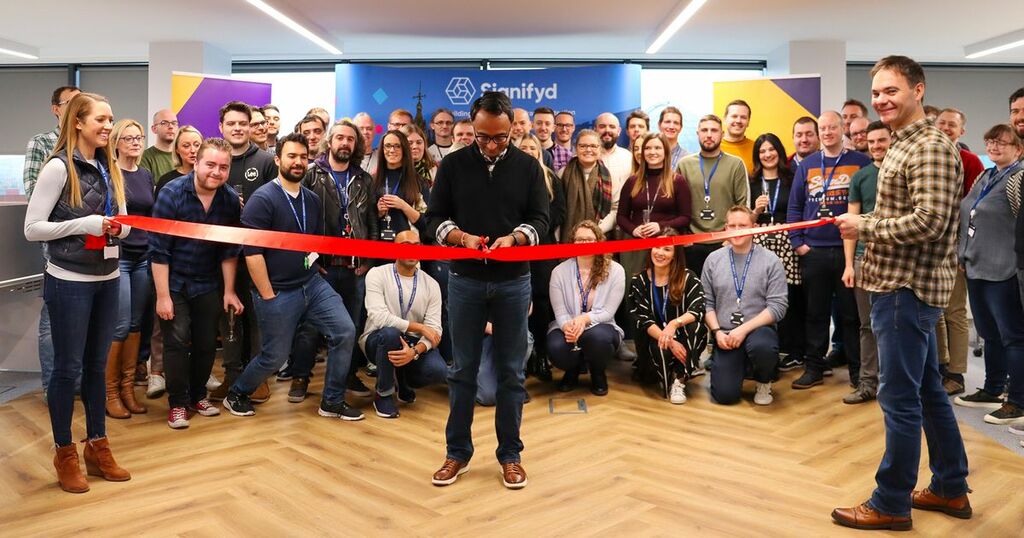 A global tech company have announced they are making the move to a four-day working week for staff based in its Belfast Research and Development centre.

Global Unicorn tech company, Signifyd has made the move in a bid to provide their predominantly remote workforce with a flexible work-life balance.

This decision came as a result of months of trialling the concept in which productivity did not suffer, and employees expressed broad support for the initiative, both of which were key in adopting the arrangement permanently.

CEO Raj Ramanand said: "We’re proud to be among the leaders in this movement to think more deeply about the initiatives we chose to work on so that we are all working fewer, but more meaningful hours. Focusing intelligently on what we choose to prioritize makes us more efficient and more fulfilled as people.

“We believe in the not-so-distant future, the four-day workweek will be table stakes for companies looking to hire the most capable, creative and committed candidates in the market. We’re happy to be showing others the way and we’ll continue to innovate in the areas of work-life and the workplace.”

"The end goal is to alleviate stress and help people be more efficient, and that may look different across employees."

Speaking to Belfast Live, Phelim shared his expectations of how a four-day working week would impact him and his colleagues.

He said: "It was something I had heard was coming down the line in various places. I’d heard of experiments in Scandinavian countries and things like that, and you’re thinking 'wouldn’t that be great?’ I never really thought about it as an immediate possibility.

"I was very pleased to hear that four-day weeks were a real thing and not just something you read about in other countries and at other companies and it’s great that Signifyd is doing this and it’s really good that the leadership team has the trust in all of us to do it."

Phelim believes that this new working pattern will ultimately be a success across the board as everyone across the company is on board with the concept and determined to prove its effectiveness.

"It’s great that everybody is working on the same days, for the most part. For us, it’s clear when we’re working and when we won’t be. We’re committed to being more intentional on what we work on, meaning will work fewer hours on the most important priorities.

"I don’t really see any negative impact on productivity. I just see it as the gift of time, should you need to do something on a Friday, clean some things up from the week, or get a jumpstart on the next week," he explained.

Phelim is planning to use this extra time to relax away from work while also allowing himself more time to invest in activities he is passionate about.

He continued: "I will probably much of the same that I do in my current spare time - keeping active, which I like to

"There are loads of golf courses I haven’t played yet. I also enjoy cooking. Just really relaxing. And I’m getting married this year, so maybe some wedding preparations."

Signifyd is calling on other tech companies to follow suit, given that the tech industry, in particular, has experienced a high level of employee burnout and exhaustion, with as much as 70% of workers feeling the pressure.