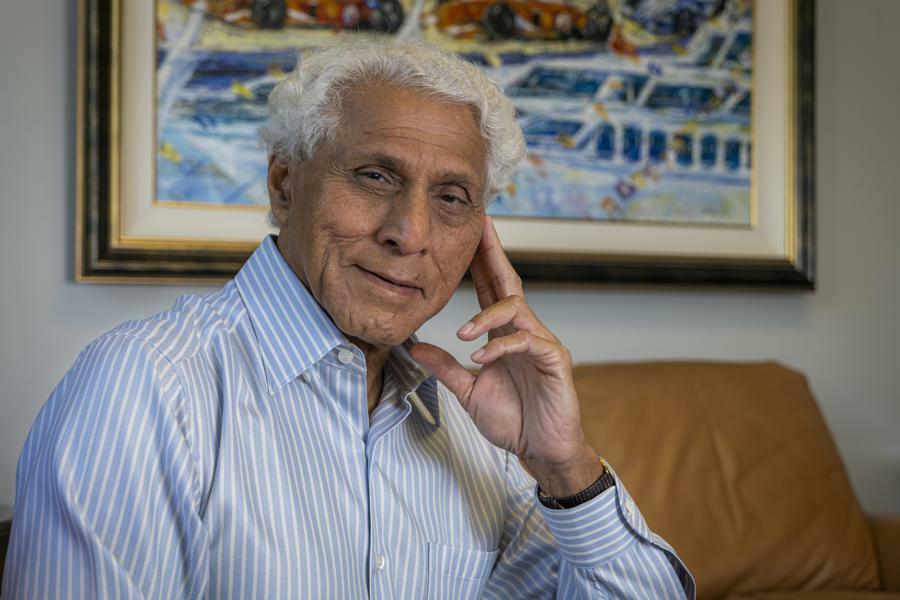 Tech billionaire Romesh Wadhwani has spent the past four years on a second—or, really, a third—act: Building up the operations of SymphonyAI, an enterprise AI group that’s targeting industries that include retail, consumer products, manufacturing and financial services, and a related business, ConcertAI, focused on healthcare and life sciences. Today, Wadhwani, 74, tells Forbes he’s stepping down as CEO of SymphonyAI in favor of Sanjay Dhawan, who was CEO of publicly traded automotive AI firm Cerence until last month. Wadhwani, who will remain chairman, says that the shift at the top, which caps a series of management changes, including a new CFO and a new CTO, comes as part of a consideration for a potential future public offering.

“Directionally, that [going public] is an opportunity that we want to consider, 18 months, 24 months from now,” says Wadhwani, who is also chairman of ConcertAI. “A lot depends on market conditions. It’s an opportunity we would like to consider and be ready for.”

Wadhwani, an Indian immigrant and Carnegie Mellon Ph.D. who is worth $3.5 billion, according to Forbes, came to the U.S. to do his Ph.D. at Carnegie Mellon with less than $2.50 in his pocket. “Foreign students like me were still seen as a curiousity,” he told Forbes in a video interview five years ago. “It was rarely an easy ride. I’ve gone through hundreds and hundreds of obstacles in my business career.”

He began amassing his fortune when he sold B2B software firm Aspect Development for $9.3 billion in stock to i2 Technologies in 1999. Then, he built private equity firm Symphony Technology Group into a powerhouse portfolio. But in 2017, after having stepped aside as CEO of Symphony Technology Group and at an age when many would be thinking about retirement, he decided to start Los Altos, California-based SymphonyAI. At the time, breakthroughs in cloud computing and huge data sets had spurred a boom in artifical intelligence startups and applications. Wadhwani publicly committed to investing $1 billion of his own fortune to scale the business, though he has yet to put in that much.

Wadhwani says that SymphonyAI revenues last year reached $220 million (with ConcertAI adding another $130 million) and are expected to hit $300 million this year (with another $200 million for ConcertAI). He notes that his combined enterprise AI business, including both SymphonyAI, now run by Dhawan, and ConcertAI, where life sciences exec and investor Jeff Elton is CEO, is larger than C3.ai, founded by fellow tech billionaire Tom Siebel.

“Enterprise AI is in its infancy,” Wadhwani says. “Most enterprises are five to 10 or more years behind the way in which AI is being used in the business-to-consumer space.”

SymphonyAI’s large corporate customers are trying to gain an edge with its technology. In retail, for example, grocery giant Albertson’s uses SymphonyAI to gain visibility into what is on its stores’ shelves and to forecast future demand. In manufacturing, meanwhile, customers that include Cargill and 3M rely on it to improve processes and utilization of equipment. And in financial services, banks (that Wadhwani declines to name) are turning to its technology in their efforts against money laundering. To build out the group of companies in SymphonyAI, Wadhwani has made a number of acquisitions, including industrial IoT firm Savigent (in 2021) and AyasdiAI, which works with banks and other financial institutions (in 2019).

Dhawan, 58, had previously worked for Wadhwani as CEO of Symphony Teleca, one of the Symphony Technology Group companies, until its sale to Harman for $830 million in 2015. He subsequently spun Cerence out of Nuance as a publicly traded company in 2019. His abrupt departure from Cerence (market cap $3.1 billion) in mid-December was a surprise to the markets.

“Solving big AI problems is what I am very focused on,” Dhawan says. “Approaching $300 million in revenue is just a starting point for us. There are huge opportunities for AI transformation that I can see for the next 10 years.”

In December, SymphonyAI named Vijay Raghavendra, the former chief technology officer and cofounder of real-time intelligence platform Inkiru, which was acquired by Walmart in 2013, as CTO. It also announced that Wayne Kimber, previously senior vice president of finance at Malwarebytes, had joined as its new CFO.

“It is a passing of the baton, but in a good way,” Wadhwani says. “In my opinion, Sanjay is a better CEO than I am....The growth rate will accelerate under Sanjay’s leadership.”

With tech stocks volatile in recent days, both Wadhwani and Dhawan say that whether they ultimately choose to go public depends on market conditions. Siebel’s C3.ai approached $10 billion in market value when it went public in December 2020, for example, but has seen its shares drop dramatically. It currently sports a market cap of $3.1 billion.

“I still remember ringing the bell at Nasdaq [for Cerence],” Dhawan says. “It was one of the business career milestones that I’ll never forget in my life, and I would love to do it again.”