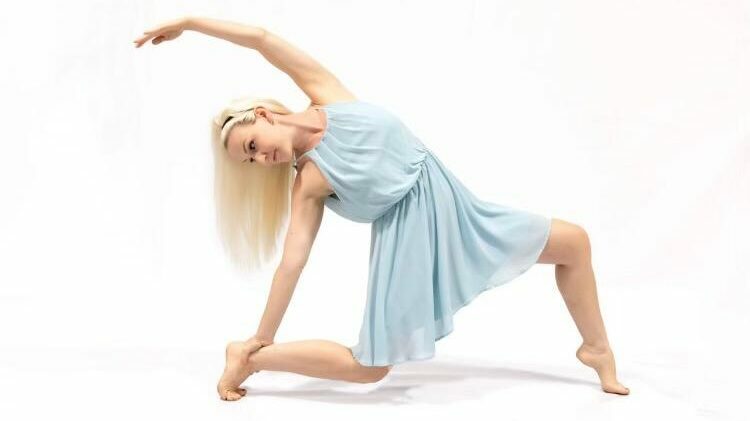 The number of students at the Dance Project studio in Slidell, Louisiana, has tripled over a decade, far exceeding the expectations of founder Tara Brewer.

Since 2011, The Dance Project has become a staple in the community. With Brewer at the helm as dance instructor, young students have a role model as well as a dance instructor. Brewer provides students a foundation built on love, care and passion as they learn the challenging choreography that plays out onstage during summer recitals.

Those performances are a culmination of hard work, dedication, precise sets and plenty of tears of joy (mostly from Brewer) after seeing the finished product. Brewer has carved out a special niche in the community and credits her success on finding her calling.

During a recent conversation with Zenger, Brewer talks about the importance of finding and fulfilling her purpose, being more than a dance instructor to her students, and much more.

Zenger: Congratulations. You have entered your 10th year with The Dance Project. You properly named this studio because when you opened up, this was literally a project for you. You didn’t know what the reception would be.

Brewer: Correct! I went through a few names when I was thinking of opening a studio. I started writing down names trying to find something that represented my vision the best. I remember this conversation with a friend. I was going with two names, one was The Dance Project, and the other one was Limelight Studios. I thought the stage is the limelight, in terms of marketing, everything would be in lime. It was a good marketing thing. A friend of mine was like, “You know, limelight is not you. That’s not your personality. You don’t do that.” And I was like, “Wow, thank you! But you’re right. Limelight is the wrong message.”

Dance is such a process, we are all as humans a process, so the idea of the project… a project is something that you’re always working on. A project is something that you’re always coming back to. Unless you’re in business, I don’t think there is a finished project in life. Dance is certainly not a finished project for anyone. There’s always one more turn to do, or one more inch in that split. There is always something to work on. So that’s how The Dance Project became the winner. My friend Elizabeth [Daniels] brought that up to me, and I am so grateful for that conversation.

Zenger: What does it mean to you to see the growth of the company after a decade?

Brewer: It’s humbling. I opened in Slidell because I’m from Slidell. So everybody you know from high school is in Slidell with kids, and I thought that would be the best area for me. I was living in New Orleans at the time. It was better for me to come back home. I started with 60 kids, which at that point was, wow. Now we’re almost to 200. The last few years we have stayed at a 170-180 capacity, and I love it. Those numbers are important to me because I don’t want to be a factory, for lack of a better term. It’s important to me to be able to know every single kid that walks into the door, whether I teach them or not.

It is important to me if I’m at a grocery store and I see a parent, whether I teach that kid or not, to know that parent by name, know who their kids are, what class they’re in, who their teacher is. I remember hearing from a mom early on, and she was talking about their previous studio experience. She would see the owner… and this is why I think grocery store. She would see the owner in the grocery store and the owner had no idea who she was — even though this woman wrote a check to the studio owner every month. That’s so impersonal. You’re teaching and investing in people’s children. I think that qualifies as personal.

I like to be intrusive (laughing). I get on these kids Instagram. I tell them to put their tongues back in their mouth. I comment and embarrass them lovingly. I’m on some kids’ emergency cards at school. A few weeks ago, I checked a kid out and took her to her orthodontist appointment because mom or dad couldn’t get there. I like to be intrusive. That’s probably not the best word (laughing).

Zenger: It is more than just dance with you. You want to instill certain values, discipline and structure. How important is it for you to be more than just a dance instructor for these kids?

Brewer: I think it’s God’s purpose for my life. It’s God’s calling. That’s how important it is. When it’s all said and done, I’m just doing what was done for me. I had some really excellent adults in my life growing up who were very supportive and vocal about how much they believed in me. That kept me out of so much trouble. I was always involved in the things that they were edifying me in. I didn’t have time to go out with friends who were drinking and smoking. I was too busy at the dance studio, choir practice, play practice. It’s important because it is my purpose and I think if everybody in life could find their purpose, I think God wires us for a job. He also gives us the joy and the fulfillment when we find that. I think if everybody had that in their life, we would have a different world. I’m so blessed that I found it.

Zenger: To take a kid who, right away, you see their insecurities, you see their weaknesses and over time, because it is a process and a project, you see them build confidence and character — and then they are on that stage shining. How fulfilling is that moment?

Brewer: Just hearing you talk about it gave me chills. It’s like the stuff movies are made of. As you’re talking, I think about Jaidyn [Crawford]. Those first two years, she was super nervous. Even in the classroom where we would do something called “Show and Tell,” where each class goes to another class, and we would perform our recital to get used to performing in front of people before we hit the stage.

Even then, Jaidyn would be very nervous, crying, and it’s normal to feel that way. I love it when it’s with younger ones. This is an ego thing, it’s much easier to help them. It’s harder when they are in the teenage years. I bought little Jaidyn a bracelet and told her it had special powers and allowed her to wear it on stage, and look at her now. You can’t hold her down.

Our mission statement at The Dance Project is to build strong character and confidence, that’s the biggest word, in young people. And sometimes you have to go around the back way. You have to give them a challenge, something that they think they can’t do. And then coach them through that challenge, instead of, you’re awesome, you’re great, that was so good. That’s not true confidence, that’s creating a neediness and an insecurity to true feedback.

Zenger: The work that goes into the preparation that leads to the recital and of course the actual recitals takes a Herculean effort and I know you have an amazing team. I wanted to give you the opportunity to shout out to them.

Brewer: Where do I even start? The foundation of it all is Kathy Way, my office manager. She not only answers all the emails daily, she answers phone calls daily, she checks kids in, she makes sure they are wearing masks when they are supposed to, she quiets them down in the lobby when she has to answer the phone. On top of all that, she keeps track with who’s paid recital fees, who’s gotten measured for their costumes, who bought tickets on this day, who ordered a yearbook. My brain is exploding just thinking about all the things that she does. And she does it with kindness, grace and a smile. She knows their momma and their grandmamma. She is the best addition I could have had as an office manager. There is no one better.

Miss Nicole [Dwyer] has been with me the longest. She is a rock star. She is such a professional with these kiddos. They love her. She just had a baby herself, so she’s coming back now double duty. Having a kid, she teaches 5- and 6-year-old boys at Stuart Hall every day, and then comes and teaches little 3, 4, 5-year-old girls. Her product is amazing. Those kids know what they are doing, even at a young age. They are learning all of the proper terminologies.

Miss Suz [Susan Foster] is actually my personal best friend. She does all things tap. The kids absolutely adore her. She is a fan favorite. I’m thankful to have her back this year.

We got Meliah Henry, who is a former student of mine. … I have known Meliah forever. She’s kind of been in and out. She’s gone to perform on cruise lines. … She just had a baby as well. She is a rock star and kids love her. I’m so blessed.

A new addition last year was Larry Johnson, who teaches all of the musical theater classes.  He is such a high energy, such an incredible mind. … He is so creative. Very knowledgeable about theater, and he is a great fit. The kids love him.

Also new last year, Melissa Van Geffen, who is a Slidell girl. Product of Slidell School of Dance and also Giacobbe [Academy of Dance]. Fantastic ballerina and educator. She has her degree in elementary education. Such a blessing to have her.

Lucia Pettigrew is new this year. She is an actual Russian ballerina, thank you very much. Every now and then she will speak Russian just to entertain us. Super sweet. She actually told our older kids that her teachers in Russia were so mean, when she decided she wanted to be a teacher, she wanted to make sure she taught the way that she would have liked to have been taught as a child. At first the kids were so nervous because she was a real-life Russian ballerina, and then she walks in, and she is like a Russian Cinderella. They walk out, and they are like, “We love her!” She is so sweet.

And then of course, the coolest kid on the block, Miss Zy [Zyria Guillory]. All things hip hop. I adore her. She was such a great addition years ago. Her product is amazing, the kids love her, and I am blessed to have her all these years.

I am the luckiest little girl alive. I couldn’t have asked for a better staff.

Edited by Judith Isacoff and Matthew B. Hall